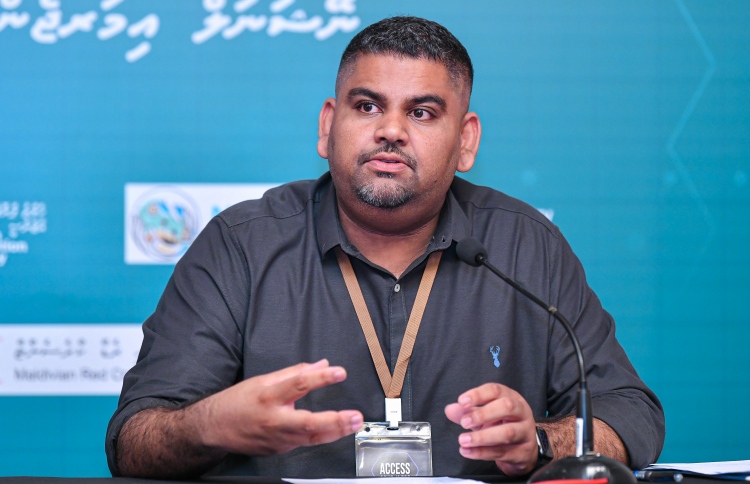 Under Secretary for the President’s Office Mohamed Mabrook Azeez announced on Saturday night that contrary to reports from the United Arab Emirates (UAE) government, it has been confirmed that no Maldivian tested positive for COVID-19 in UAE.

Addressing the press at the daily-held conference for COVID-19 updates Mabrouq, who is also the government’s spokesperson for the pandemic, stated that the name of the patient shared by the UAE authorities was one commonly attributed to persons of Eastern European origin.

Mabrouq had also previously stated that he did not believe that the person who tested positive in the Arab nation to be a Maldivian national.

In addition, Mabrouq stated that authorities have yet to receive a confirmation on whether the wife of a Maldivian doctor living in the United Kingdom had tested positive for the virus.

The doctor in question published a Facebook post on Saturday, stating that his wife had tested positive for COVID-19 after developing flu-like symptoms. However, he reported that her condition was improving.

The Maldives now records 17 confirmed and six active cases of COVID-19, with a total of 11 recoveries. While there are two confirmed cases of Maldivians, no local to local transmissions are recorded.

Currently, 20 people are placed in isolation facilities, while 824 are in quarantine facilities. As a preventative measure, HPA has ordered authorities to halt on-arrival visas from March 27 onwards. Furthermore, all inbound locals or visa holders will be placed under observation at a designated facility for a period of 14 days.

The World Health Organization has classified the spread of COVID-19 as a global pandemic. The novel coronavirus has infected over 677,705 people and claimed over 31,737 lives around the world. However, out of those infected, more than 146,319 people have recovered.