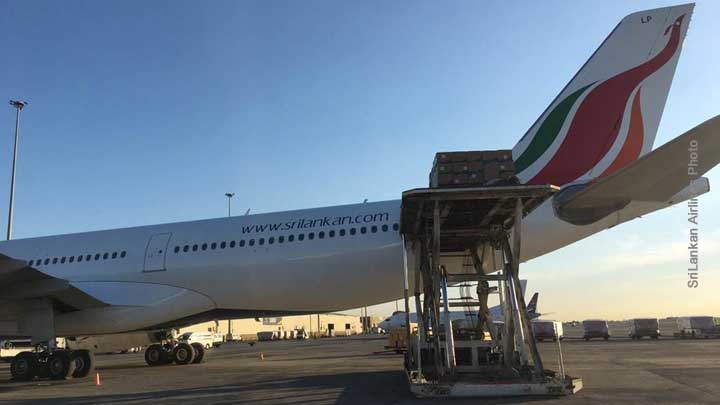 ECONOMYNEXT – SriLankan Airlines is planning to fly to Korea, China, and Australia if the airport is re-opened for passengers from August as planned in the COVID-era, amid ongoing efforts to boost cargo and slash costs to survive, officials said.

SriLankan is planning to re-open the airport for tourists without mandatory quarantine but multiple PCR tests from August 01 with a revamped route network.

SriLankan used to operate 140 flights a week to India before the Coronavirus crisis hit, bringing about 30-40 per cent of revenues, but the country still remains closed with cases still going up. SriLankan was also planning to re-start flights to Frankfurt and Sydney at the time.

“We plan to resume flights from August 01, but we may not go back to the same destinations,” SriLankan Chairman Ashok Pathirage said.

Korea has Sri Lankan expatriate workers but it would be a ‘fantastic’ market for tourists, Pathirage said.

After a massive strike in 1987 (The Great Workers Struggle) in the wake of high inflation and currency deprecation which also brought reforms to Korea’s central bank, Korea turned into a Western-style liberal democracy and is now an OECD country.

SriLankan is also planning to start flights into Sydney, in addition to Melbourne which it was already flying to.

The Maldives which is expected to re-open for tourists in July is another destination SriLankan is looking at.

SriLankan has played the role of a surrogate carrier to the Indian Ocean tourist paradise in the past, routing flights through Male, the capital, or transiting through Colombo.

“We are impatiently waiting (for the airport to re-open),” Pathirage said. “Our job is flying and our staff is very keen”.

SriLankan is already operating cargo flights to Seoul and over 20 other destinations.

But passengers could also be carried where airports are permitting, Chief Executive Vipula Gunatilleke said.

Korea has contained the spread of Coronavirus to a great extent, but not to the same extent as Sri Lanka or Vietnam which completely killed the Wave I arrivals from China through quarantine and visa restrictions.

Vietnam has seen no domestic cases from April 22, with a total of 268 foreigners and domestic cases. All others are from returnees and technical specialists brought back. Domestic flights have resumed in Vietnam and there is no social distancing.

Vietnam Airlines is selling domestic tickets with no travel date to raise cash.

SriLankan was planning to fly direct to Vietnam shortly before the Coronavirus struck, Gunatilleke said.

A short-haul Airbus A320 aircraft can carry 4-5 tonnes of cargo and the larger A330 could carry 30 tonnes, he said.

Seats had been removed in one older A330 to carry cargo in the cabin.

The airline, however, is trying to keep charges down as exporters also want as low rates as possible, he said.

At the moment global freight rates are high due to reduced flights and shipping frequencies, but as the situation normalizes margins will reduce, he said.

If the airport re-opens for passengers as planned in August SriLankan is hoping to push up revenues to 35 to 40 million US dollars by December or about 40 per cent of pre-Coronavirus revenues, Pathirage said.

By March the airline is hoping to go back to about 70 per cent of pre-crisis revenues. In the year to March 2020, SriLankan lost about 130 million US dollars.

The airline is also cutting costs to survive the post-COVID era.