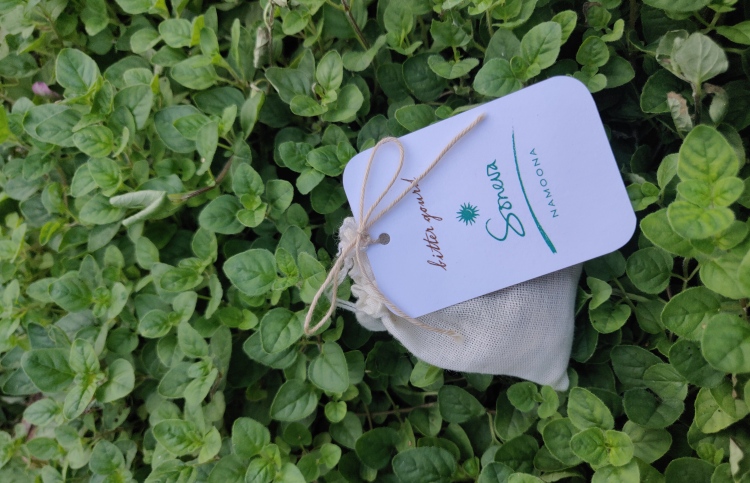 Soneva Resorts’ Namoona initiative concluded its 10-episode gardening tutorial by announcing, on Tuesday, that the programme would be distributing seeds free of charge to agricultural enthusiasts and people looking to get started on a new, green adventure.

From Soneva’s garden to yours

Not only are they organic in nature and entirely harvested from Soneva’s own gardens, according to Soneva Fushi’s Waste to Wealth coordinator Aishath Fasana, “these seeds will be given with compliments from Soneva Namoona to anyone who is interested in gardening all across the Maldives”.

These pits, pips and flowerheads are responsible for bringing to life some of the most popular fresh produce featured across Soneva’s beautiful dinner spreads.

That, coupled with video expertise headed straight from a resort brand that is particularly famous for their gastronomical offerings, the project works to empower people wishing to invest in further food security, and even in lockdown, derive pleasure from productive activity.

“We’ve had a lot of interest from people who followed our tutorials and who are looking to start or add to their own home gardens. We have 18 varieties of seeds that we are offering”, explained Fasana.

“For some, these varieties may include a new type of plant that they are looking to grow”.

Cultivating a passion for backyards, digitally

Titled ‘Tropical Organic Gardening’, Namoona’s web-series is a beginner’s guide that walks viewers through simple instructions on growing vegetables and herbs in spaces available to them.

In each mini-episode, host Justin Robertshaw, Soneva’s Waste-to-Wealth Manager, aims to cover one basic tenet of organic growing from preparation, harvesting, and pest control to vermiculture and composting.

“At Soneva, we have developed tried and tested permaculture techniques for growing in a tropical climate that we want to share with our local communities,” said Robertshaw.

Although this marks the end of the first collection of video tutorials, future seasons will explore other topics complementary to sustainable gardening practises, such as waste management, household waste segregation and composting.

Fasana elaborates, “As emphasized in the Tropical Organic Gardening videos, we want to encourage people to grow organically in their homes to ensure fresh, nutritious, healthy vegetables are available without having to look any further”.

To which Robertshaw adds, “With the COVID-19 pandemic, taking better care of your health has become even more of a priority for many people,”

While the ongoing pandemic has left much of the travel sector stricken, Soneva seemingly chose to turn its fundamental ‘SLOW LIFE’ philosophy and took a beat to listen to the conversations that were erupting in the face of unprecedented change.

Planting to cope with quarantine

Beginning from when social distancing measures were initially encouraged, dozens of Maldivians across the island nation appear to have taken up gardening as a hobby if not as a secondary revenue stream.

Judging by the little patches that bloomed in urbanscapes across the two-month lockdown, and the number of plant stores popping up across social media channels, it seems the trend is here to stay – for some time at least.

However, the phenomenon is hardly rooted in these tropical atolls. Countries like the United Kingdom, United States, Canada, Jordan, Russia China, Australia, New Zealand and closer to home India, Srilanka – have all reported a rise in people replenishing their homes with flora and food alike.

International media like The New York Times compared it to WWI ‘Victory Gardening’ while The Conversation muses over it being a coping mechanism for profound loneliness spurred by living in isolation.

Whether the motivation is rooted in the desire to develop a supplementary food source or to reap the calming benefits of reconnecting with nature, to engage bored kids or entertain one’s lonesome self – one thing has become abundantly clear.

A move towards greenery is one towards sustainability and Soneva is here for it.

“So, when the COVID-19 pandemic brought about discussions on growing food locally, we decided to provide our expertise in permaculture and horticulture to encourage growing locally in a sustainable way”, says Fasana.

But it is hardly Soneva’s first foray into empowering interested and willing locals to follow the brand’s model of sustainability.

During an interview given to The Edition marking Soneva Fushi’s 25th Anniversary, the founder, CEO and Joint Creative Director of Soneva Sonu Shivdasani determinedly declared, “What is good for the planet is good for business”.

One of the best demonstrations of the outlook Sonu describes is via Soneva’s Namoona Baa Project, the initiative that bore the aforementioned Namoona Tutorials themselves.

Namoona Baa is a partnership between Soneva and the islands of Maalhos, Kihaadhoo and Dharavandhoo, as well as Commons Seas, an international NGO dedicated to eliminating ocean plastic.

Since its formation in 2019, the Namoona project has effectively ended open waste burning in Maalhos with the latter two islands pledging to follow suit, established two waste-to-wealth ‘eco-centro’s that sort, recycle, and reuse island waste, and has hosted successful surf lessons for local enthusiasts as well as competitions.