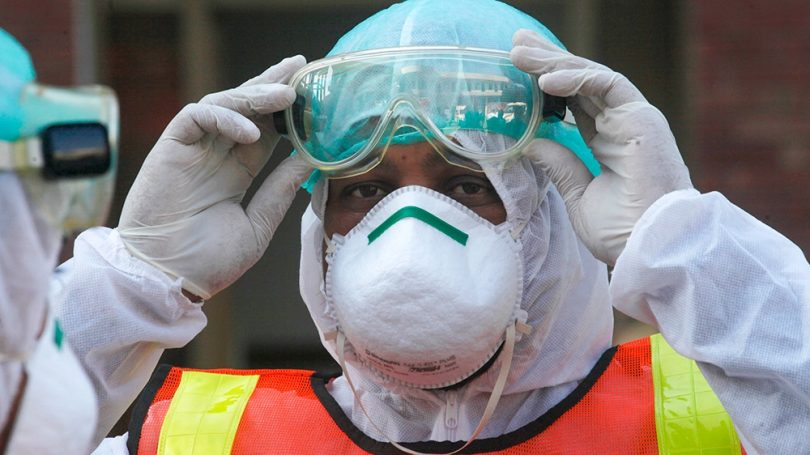 Islamabad, Pakistan – South Asian countries are beginning to see their first fatalities from the coronavirus outbreak, with COVID19 claiming at least six lives across the region amid a spike in cases in Pakistan and elsewhere.

The outbreak does not appear to have reached the widespread secondary contact stage seen in Europe and the United States – and earlier in China and South Korea – yet, but cases are continuing to rise as governments across the region scramble to enforce social distancing guidelines.

Here is a look at where the region stands today:

Pakistan leads South Asia with the highest number of coronavirus cases – at least 301 as of Thursday, according to government data – more than half of which can be traced to a quarantine camp on its border with Iran.

Most of Pakistan’s cases are concentrated in the southern Sindh province, where authorities have enforced strict social distancing and isolation regulations in Karachi, the country’s biggest city, since earlier this week. All schools and businesses have been ordered to shut down, in addition to an enforced shut down of all shopping centres, public parks, non-essential government offices and other locations where people may congregate. Grocery stores and pharmacies remain open.

Across the country, a general ban on public gatherings – including weddings, social gatherings and other types of congregations, although not including religious gatherings – remains in place. Schools and other educational institutions have been ordered to remain shut until at least April 3.

In addition, the country has closed its land borders with Iran and Afghanistan and is screening all air travel passengers.

India’s government has been criticised for not conducting widespread testing, despite the risk of a widespread of the highly contagious coronavirus in the world’s second-most populous country.

So far, the country has confirmed 169 cases, with three deaths, from COVID19, but experts warn a low rate of testing could be masking a much wider outbreak. The country, home to more than a billion people, has so far tested about 11,500 people, according to the Associated Press news agency.

Indian authorities say most cases so far can be traced to people with an international travel history or others who came in touch with them. As a result, the country has suspended entry for any incoming tourists and is barring non-Indian passengers on flights from the European Union, the European free trade area, Turkey and the United Kingdom.

Arrivals from China, Italy, Iran, South Korea, France, Spain and Germany, as well as those transiting through the Gulf states, will be subject to a 14-day quarantine when they arrive in India.

The country has already implemented a 19th-century epidemic law that empowers officials to enforce rigorous containment measures and impose penalties on those attempting to circumvent them.

In addition, most educational institutions, gyms, museums and entertainment facilities have been closed across the country. The government has also issued an advisory asking businesses to allow employees to work from home.

On Wednesday, Sri Lanka delayed scheduled parliamentary elections and banned all incoming flights for two weeks in an attempt to stem the spread of the coronavirus in the country of 21 million people.

Authorities have so far imposed a curfew in some areas to curb the spread of COVID-19, with officials also implementing countrywide price controls on essential items such as lentils and sardines.

Afghanistan has so far officially reported 22 cases of coronavirus in the country, but officials worry that number could be far higher, given the fragile nature of the country’s health infrastructure and limited testing and treatment facilities.

The country reported its first case on February 24.

Since the heightening of the coronavirus outbreak in neighbouring Iran in January, Afghanistan has seen tens of thousands of its citizens fleeing one of the world’s worst hotspots for coronavirus infection to return home.

To date, recommended social distancing measures appear to have had limited success. Afghans in the capital Kabul have complained of spiralling prices as people begin to hoard basic necessities, a crisis that necessitated the release of 24,000 tonnes of wheat to control supply shortages.

Landlocked Afghanistan is dependent on its neighbours for much of its food supply and, with land borders with Iran and Pakistan now shut, there is concern that the crisis could be just beginning.

On Wednesday, Bangladesh confirmed its first death due to COVID-19, with a total of at least 14 people infected, according to government officials.

The patient who died was a 70-year-old man who suffered from cardiac problems, high blood pressure, kidney disease, and diabetes, said Meerjady Sabrina Flora, head of the Institute of Epidemiology, Disease Control and Research in Bangladesh.

Bangladeshi authorities say all 14 patients were infected when they came into contact with Bangladeshi returnees from abroad. So far, the South Asian nation of 165 million people has tested 341 people for the virus.

A mandatory 14-day self-quarantine is in effect for passengers arriving from abroad who tested positive for the virus. Flights to and from Europe, the Gulf and other epicentres of the global coronavirus outbreak have also been restricted.

All educational institutes have been closed until March 30, but wider lockdown measures have not yet been announced. On Wednesday, a mass gathering of tens of thousands of people who congregated to pray for the country to be rid of the coronavirus drew a public outcry. [https://www.straitstimes.com/asia/south-asia/massive-bangladesh-coronavirus-prayer-gathering-sparks-outcry].

The Maldives, an archipelagic country with a little more than 430,000 citizens and a prime luxury beach destination for tourists, reported at least 13 cases so far. The first two cases, reported in early March, saw the Kurudu Island Resort and Spa luxury beach resort shut down and converted into a quarantine camp.

Other resorts have followed suit when cases have been reported. The crisis has hit tourist numbers, with Foreign Minister Abdulla Shahid saying arrivals are down by 22 per cent in the first 10 days of March.

Overall, the Maldives has banned the entry of any travellers originating in or transiting through Italy, one of the European epicentres of the disease today.

All government employees have been ordered to remain at home, only going outside for essential needs. Essential services such as hospitals, utilities, banks and rescue services will remain operational.

Bhutan confirmed its first case of the coronavirus on March 6, immediately banning the entry of any tourists for two weeks. On Wednesday, the government released 23 people who made contact with the patient from a 14-day quarantine, clearing them of being infected.

The government has also closed several schools and postponed international conferences and seminars.

On Wednesday, Nepal expanded a travel ban on passengers flying into the country from any location in Europe and the Middle East, in a bid to control any possible spread of the coronavirus in the Himalayan country.

The measure – which affects both foreigners and Nepali citizens – will remain in effect from March 20 until at least April 15, a task force led by Deputy Prime Minister Ishwar Pokhrel said. Those transiting through Europe and the Middle East will also be barred from entering Nepal, expanding an earlier ban that included several badly hit Asian countries.

Schools, colleges, cinemas, gyms, clubs, swimming pools and museums have been ordered closed until April 30. Any gathering of more than 25 people for social or religious reasons is also banned, with the government urging people not to use crowded public transportation vehicles.