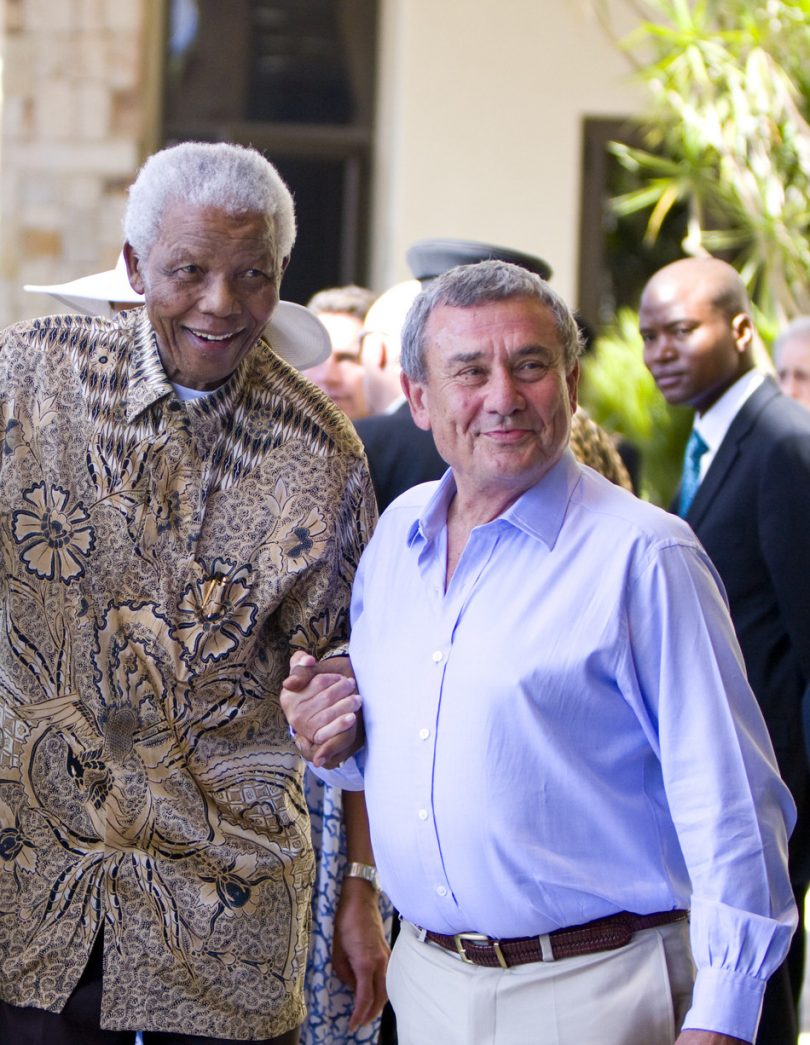 The son of Russian immigrants, Kerzner was born in Johannesburg, South Africa, in 1935. The youngest of four and the only son, Sol was a working-class boy from a rough neighbourhood but he would grow up to become one of the most influential entrepreneurs in South Africa. Having founded the country’s two largest hotel groups — Southern Sun and Sun International — Kerzner would go on to achieve international prominence with groundbreaking resorts that helped transform the tourism industries not only of his home country but of Mauritius, The Maldives, The Bahamas, Dubai and other important international destinations. 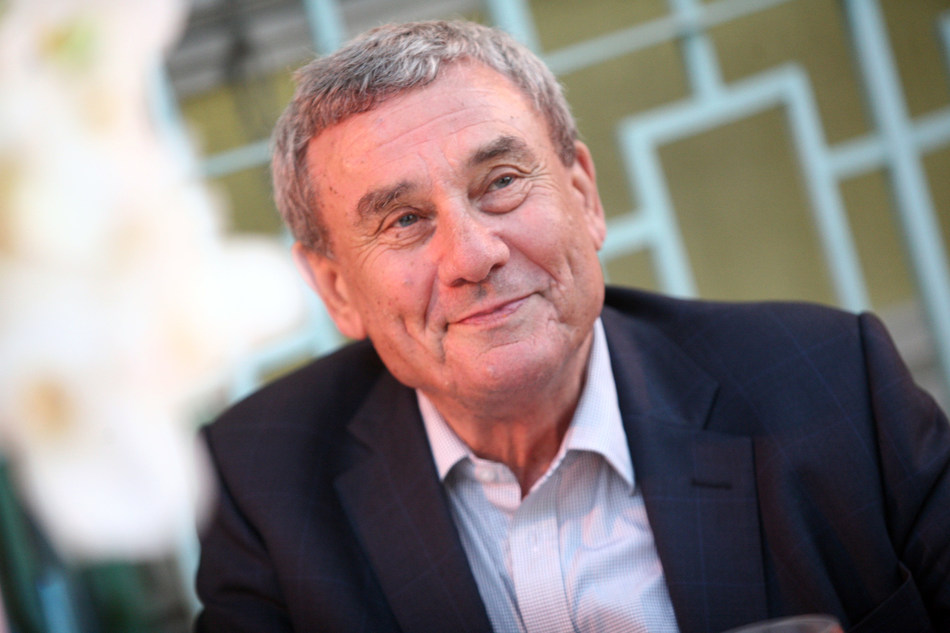 The complexity and sheer determination of the man are only hinted at by the fact that at the age of 12 Sol played with the Johannesburg Symphony Orchestra while, in the same year, he took up boxing – initially for reasons of self-defence in the tough Bez Valley suburb where he grew up and, later, as a serious sport. Almost needless to say, by the time he graduated from the University of the Witwatersrand with a degree in accountancy, Kerzner was varsity welterweight champion.

For someone who lived much of his life in the public eye, Kerzner was a surprisingly private person and although many of his former colleagues and partners will attest to this remarkable man’s fighting spirit and grit, few knew that Sol also had a softer side.

Kerzner’s career in hospitality began in 1962 when he decided to leave the accounting profession and purchased The Astra, a small inn in Durban, South Africa. Kerzner quickly transformed this rundown establishment into one of the most popular hotels in the area, a success that whetted Sol’s insatiable appetite for innovation and demonstrated a trademark ingenuity that would define his 60-year career.

Aged just 26, Kerzner became convinced that there was in South Africa an opportunity for hospitality offering far ahead of anything that was available than in the country. At a time when no one thought it could be done, Kerzner’s breakthrough project was The Beverly Hills, Umhlanga Rocks, the first five-star hotel in all of South Africa. Built on a deserted stretch of coastline north of Durban, once again Kerzner defied the odds and the hotel became a great success and earned Sol a reputation as South Africa’s pre-eminent hotelier. Kerzner went on to build the 450-room Elangeni Hotel on the Durban beachfront and then partnered with South African Breweries to establish Southern Sun Hotels, which by 1983 operated 30 luxury hotels encompassing more than 7,000 keys.

Kerzner’s most monumental and controversial achievement was the creation of Sun City. Here, in an area north of Johannesburg where there were no roads and no infrastructure, Sol imagined and delivered the most ambitious resort project in all of Africa. Commencing work in 1975, over the next ten years, Kerzner built four hotels, a man-made lake, two Gary Player golf courses, and an entertainment centre with an indoor 6,000-seat arena, which played host to a world-class roster of artists including Queen, Frank Sinatra, Liza Minelli, Shirley Bassey, as well as huge world title fights, and many other spectacular events. Once again, Kerzner defied the naysayers to train a best of breed workforce and to operate Sun City on a totally non-racial basis. Even the most cynical of visiting overseas journalists had to concede defeat in trying to find racism behind the operation of the vast resort.

From his earliest hotels, Sol Kerzner was guided by a single driving imperative: to ‘Blow away the customer’. When scouting for locations around Durban, or later in Mauritius or The Bahamas, if Sol was not ‘blown away’ by the location, he would move on and find another stretch of beach to build the hotel and resort. ‘Second-best’ or ‘Good Enough’ was never an option for Kerzner, or for the thousands of people who worked for him from Bophuthatswana to Dubai and this rare blend of creativity and acute business, acumen earned Sol a reputation and celebrity status throughout South Africa.

In 1994, following the first democratic elections in South Africa, Kerzner was asked by the newly-elected President Nelson Mandela to arrange the VIP function for the Presidential inauguration, which was attended by most of the world’s leaders and Heads of State. It was a special occasion and one that cemented Kerzner’s close relationship with the iconic world statesman who said of Sol: “He makes a difference everywhere he goes.  Sol, thank you for changing our World!” Theirs was a genuine friendship that would endure until Mandela’s own passing in 2013.

In 1994, Kerzner made his first major acquisition outside Africa — The Paradise Island Resort in The Bahamas. Here, he launched a major re-development and expansion project and transformed this bankrupt property into the extravagant Atlantis Resort, a revolutionary 2,300-room resort that included one of the world’s largest man-made marine habitats and the Caribbean’s biggest casino. Atlantis, with its coherent theme, story and mythical legend held massive appeal to visitors of all ages. Later expansions at Atlantis of The Cove and The Reef hotels added a further 1,100 rooms.

By this time, Sol was working closely with his son, Butch, whom he had persuaded to move from a promising career in corporate finance to join him at the company, which had then been rebranded as Kerzner International. Sol and Butch’s ascent as internationally acclaimed hoteliers continued and in 1996 the father and son duo built their first casino resort property in the United States — The Mohegan Sun — a property that is still today one of the largest gaming and entertainment complexes in North America.

Reflecting on Kerzner’s international accomplishment, Ian Douglas, a friend and employee at Kerzner’s various companies for 20 years commented: “Sol was someone who possessed a rare combination of creative genius, uncanny financial acuity and astonishing energy, which he poured into every business he touched. Nothing he built was ever boring and he never chased the money. He only chased success. He was always trailblazing, always in pursuit of bigger, better, new, different, more exacting and exciting projects around the globe.”

Sol and Butch went on to launch One&Only Resorts, which established award-winning luxury properties in The Bahamas, Mexico, Mauritius, The Maldives, South Africa and Dubai. True to Kerzner’s nature as an innovator and perfectionist, each One&Only property was not only unique in its design and ambience, the brand set a new standard in the casual luxury resort space by offering the finest guest experience across every possible touchpoint.

In 2006, Butch Kerzner, who had recently assumed the role of CEO of Kerzner International, was tragically killed in a helicopter accident while scouting for sites in the Dominican Republic.  Sol, who was by then Executive Chairman of Kerzner International, decided to return to the role of CEO, to continue the work of the company and to complete what he and Butch had been working on.

Jeff Rubenstein, a lifelong friend, remembers those difficult days well: “Sol believed that no matter where you come from if you put in the hours, you would succeed. He never used his circumstances or the tragedies he experienced in his life as an excuse for failure. If the tragedy was a burden to Sol, hard work was the antidote and he himself always said, ‘you just gotta box on.'”

Kerzner proceeded to extend the Atlantis brand globally with the development of Atlantis, The Palm in Dubai. This $1.5 billion, 1,500-room destination resort featured the largest aquarium and waterpark in the Middle East, luxury retail outlets, and restaurants featuring internationally renowned celebrity chefs.  Opening in late 2008 with the world’s largest-ever fireworks display, the astonishing opening party achieved international media acclaim and attracted celebrities and visitors from all over the planet.

In 2009, Kerzner returned to Africa to develop the 500-room Mazagan Beach Resort in Morocco and also opened the One&Only Cape Town, situated in the famous V&A Waterfront. Around the time of the launch of the One&Only Cape Town, Kerzner said,  “I went back to the Beverly Hills recently and I was so pleased to see there were still six people there who’d been with me in 1964. It’s still a very good hotel. I think that one has to accept that over time we will experience good times, and times that aren’t so good. But if I look back and wonder what I would have changed and done differently, there’s not too much. I think I’ve been fortunate to have a very broad experience of life in many ways.So, for me, it’s been an interesting journey. I have had tough times and good times and through it all, I have been determined to get it done. I can’t imagine doing anything else, it’s been a blast. Every day that I spent in business was a joy!”

In December 2010, Kerzner’s passion for hospitality was recognized in the Queen’s Birthday Honors list, with the award of the insignia Knight Commander of the Most Distinguished Order of St. Michael and St. George (KCMG). Sol never used the title and was always surprised and amused when people addressed him as ‘Sir Sol’.

In 2012, the One&Only Group announced projects in China, Australia, and Montenegro, and the following year saw the unveiling of plans for the third Atlantis Resort on China’s Hainan Island. Proposals to expand Atlantis, Dubai with 800 additional rooms and over 230 luxury residential apartments in the Royal Atlantis development were also announced, with Sol leading the planning and design of these new projects for Kerzner International.

In 2014, Kerzner finally decided to exit Kerzner International and retired as Chairman of the company.

Kerzner’s impact on the international resort industry cannot be understated. From his modest start in life, Sol’s career spanned six decades, establishing well over 80 hotel and casino properties, in more than a dozen countries. Kerzner’s determination, perseverance, and monumental ingenuity have truly transformed the integrated destination resort space, and his impact on the industry can be seen and felt all over the world.

In spite of his international celebrity status and the demands of maintaining a massive business reputation, Sol always remained an intensely family-oriented person. Andrea, his daughter reflects: “Dad taught us family values — no matter how busy he was, he always made time for us, his family. He would take a call from any one of us in the middle of an important meeting or fly half-way across the world to get to a grandchild’s birthday party. For Dad, his family were everything, his joy.”

Sol is survived by his children Andrea, Beverley, Brandon and Chantal and ten grandchildren. His eldest son, Howard ‘Butch’ Kerzner died in 2006.

Sol Kerzner will be buried at a small, private funeral with only immediate family in attendance.