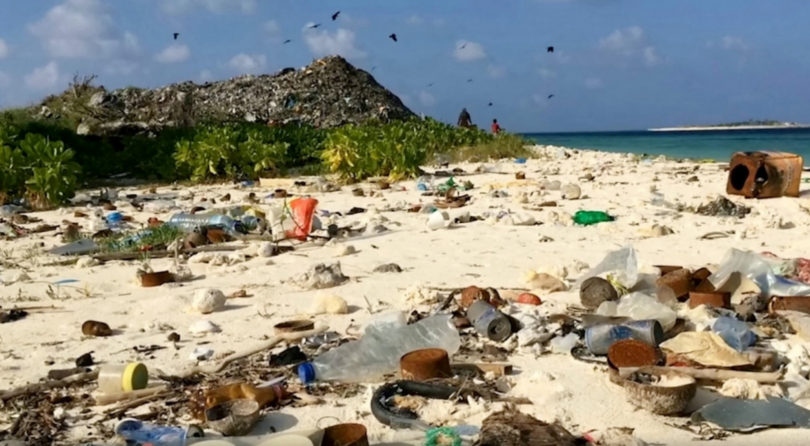 SHOCKING pictures show plastic bottles and other rubbish piled high on the beaches of holiday paradise The Maldives.

The images follow findings by researchers that the waters and beaches of the island chain now suffer from the highest levels of microplastic pollution in the world.

Pictures show plastic bottles and other rubbish piled up on the beaches of The MaldivesCredit: South West News Service 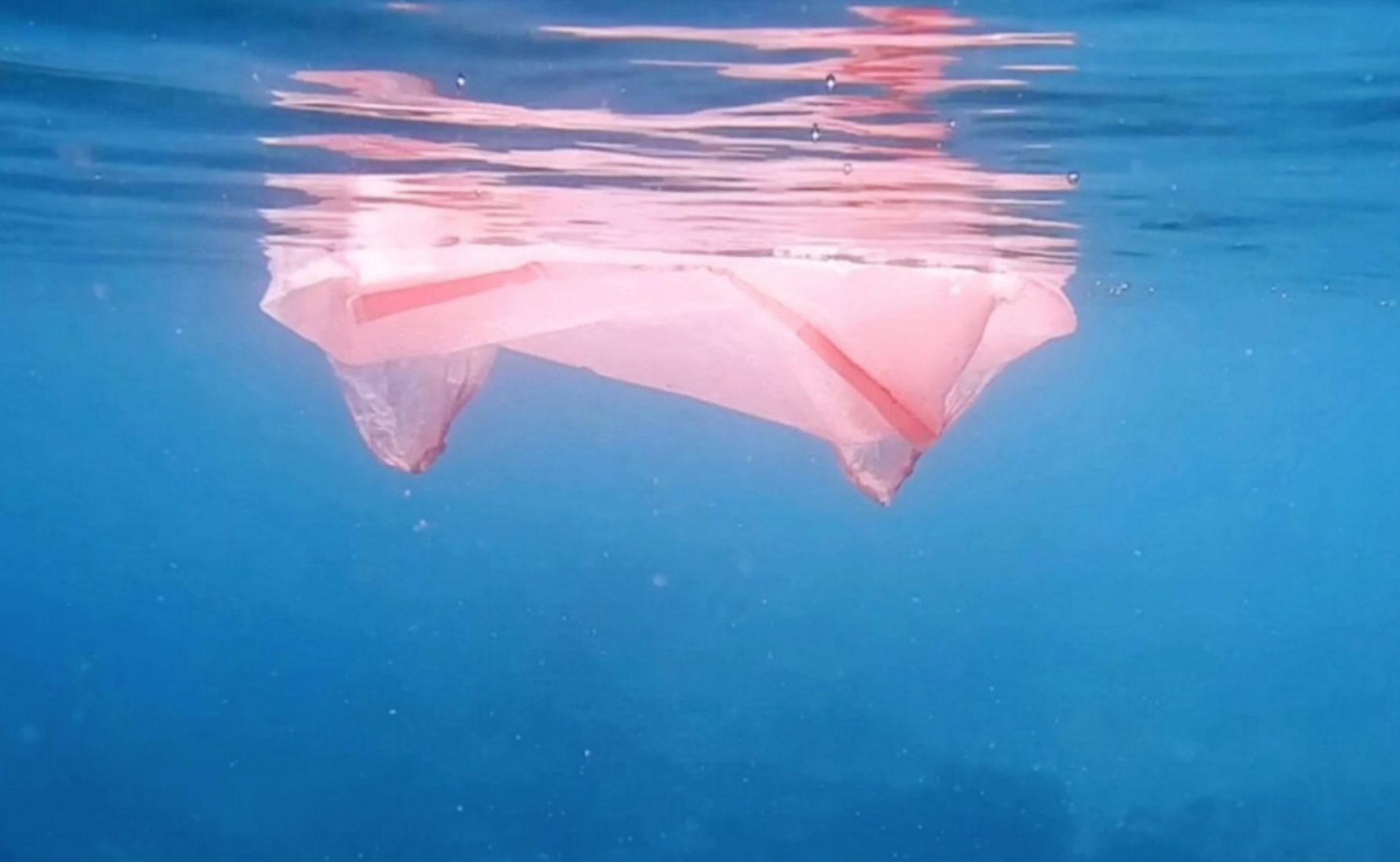 A recent study also found high levels of microplastics, which result from the breakdown of larger objects, in the islands’ watersCredit: South West News Service 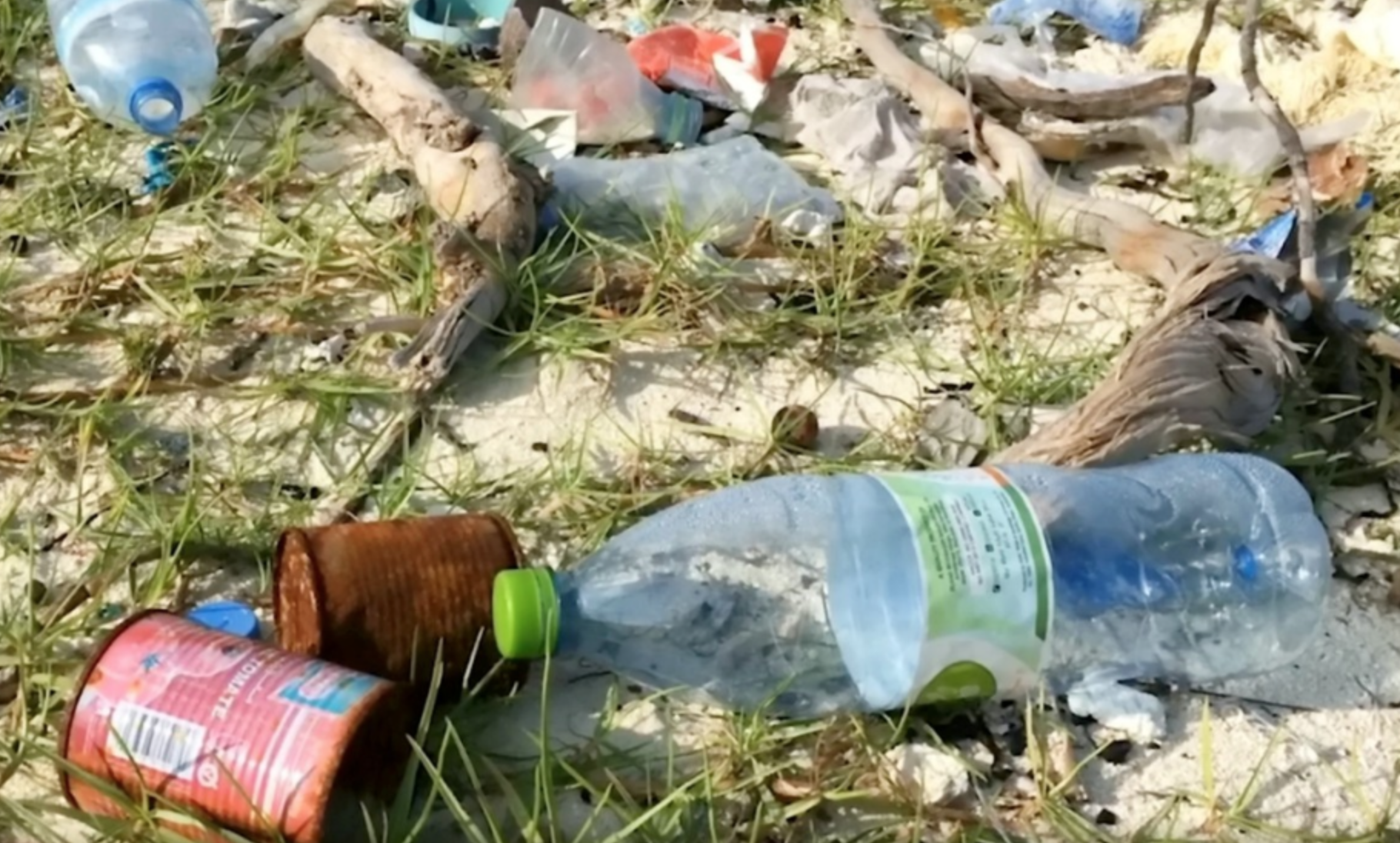 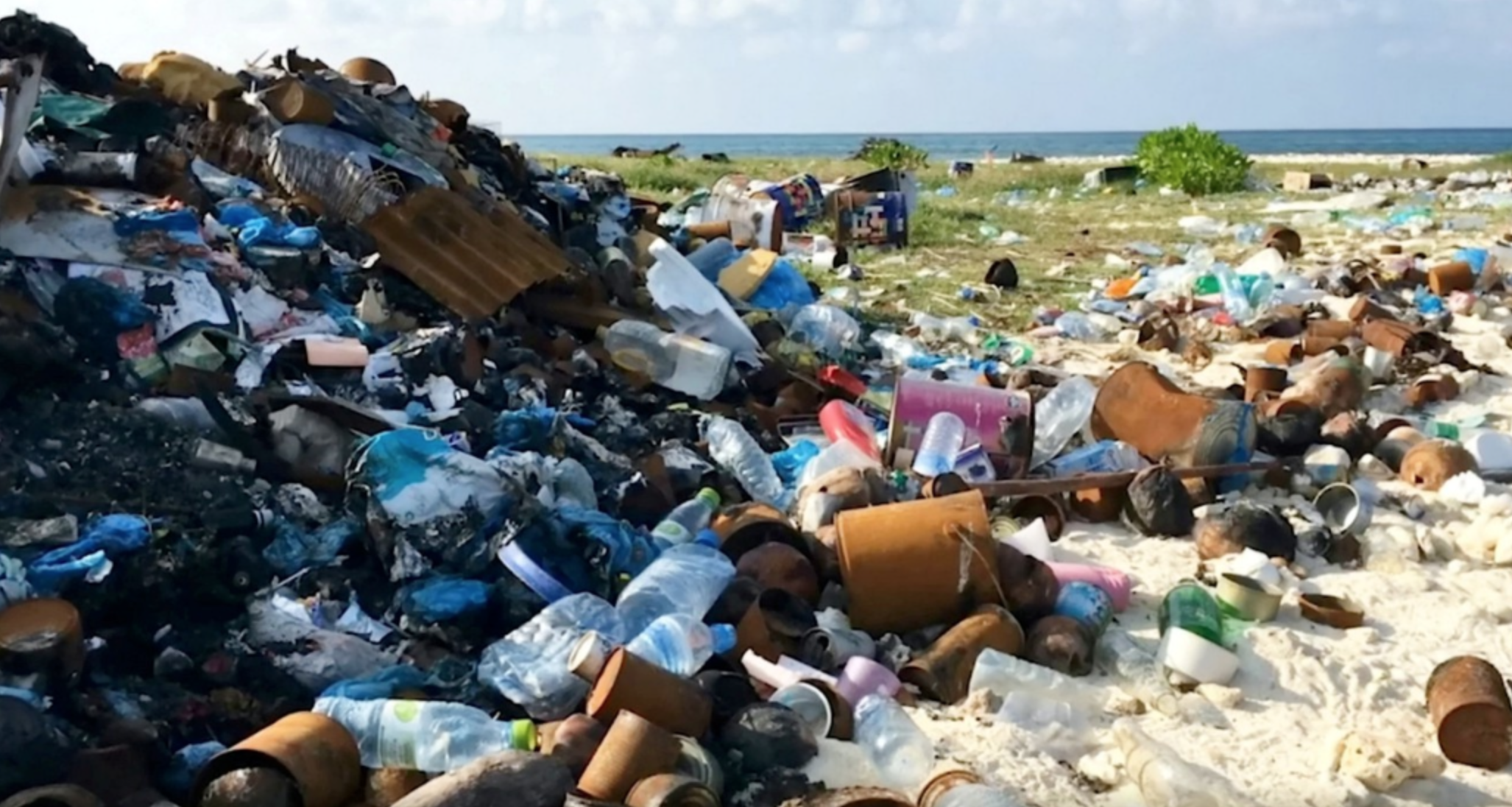 Recent years have seen growing calls to restrict the number of plastics being dumped into the Earth’s oceans.

Between eight and 14million tonnes of plastic is estimated to enter the oceans every year.

A microplastic is defined as a piece of plastic that is fewer than five millimetres across, but it can be microscopic in size.

They are typically discarded as larger pieces of plastic which are later eroded and broken down by sunlight and the movement of waves.

Their impact on the environment is not well established, but they can give off harmful chemicals and also be ingested by marine life.

Photos from the Maldives show huge mounds of plastics and other rubbish, much of which is likely to end up in the ocean, piled on the normally-pristine white beaches of the islands.

The pictures stand in contrast to the island paradise often imagined by holidaymakers and depicted in photos posted to the feeds of social media influencers.

The archipelago that makes up the Maldives consists of a total of 1,192 islands.

The nation’s economy is fuelled largely by tourism, and estimates suggest that the average tourist produces twice as much rubbish each day as a resident of capital Malé.

The equivalent figure on the other 200 islands of the chain that are populated is five times as much.

A recent study conducted by a team at South Australia’s Flinders University took water samples from 22 points around one of the Maldives’ constituent islands.

Microplastics were found across all sampling sites and in densities thought to be the highest in the world, National Geographic reported. 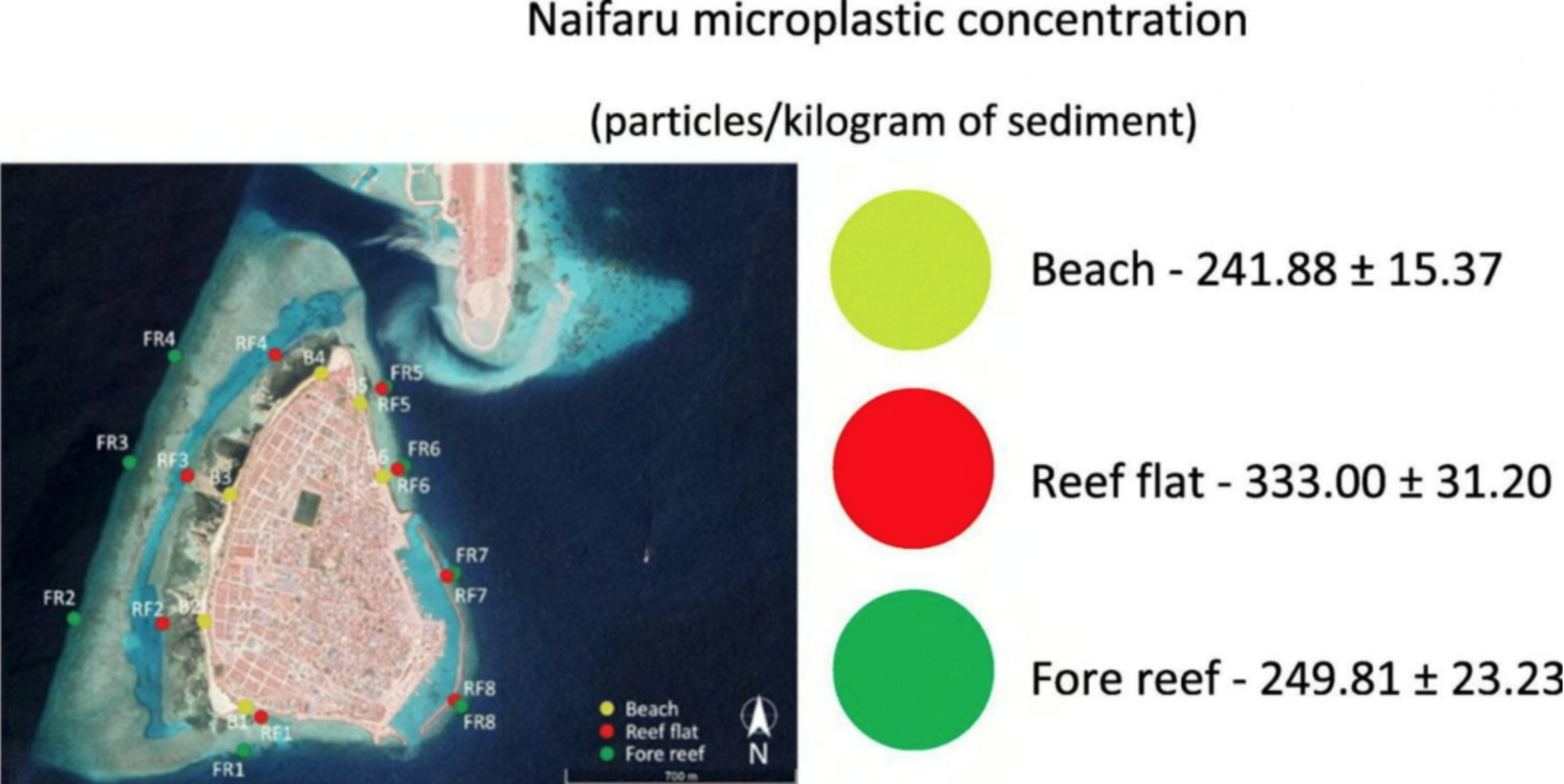 A team found microplastics in every one of 22 samples taken from around on Maldives islandCredit: South West News Service 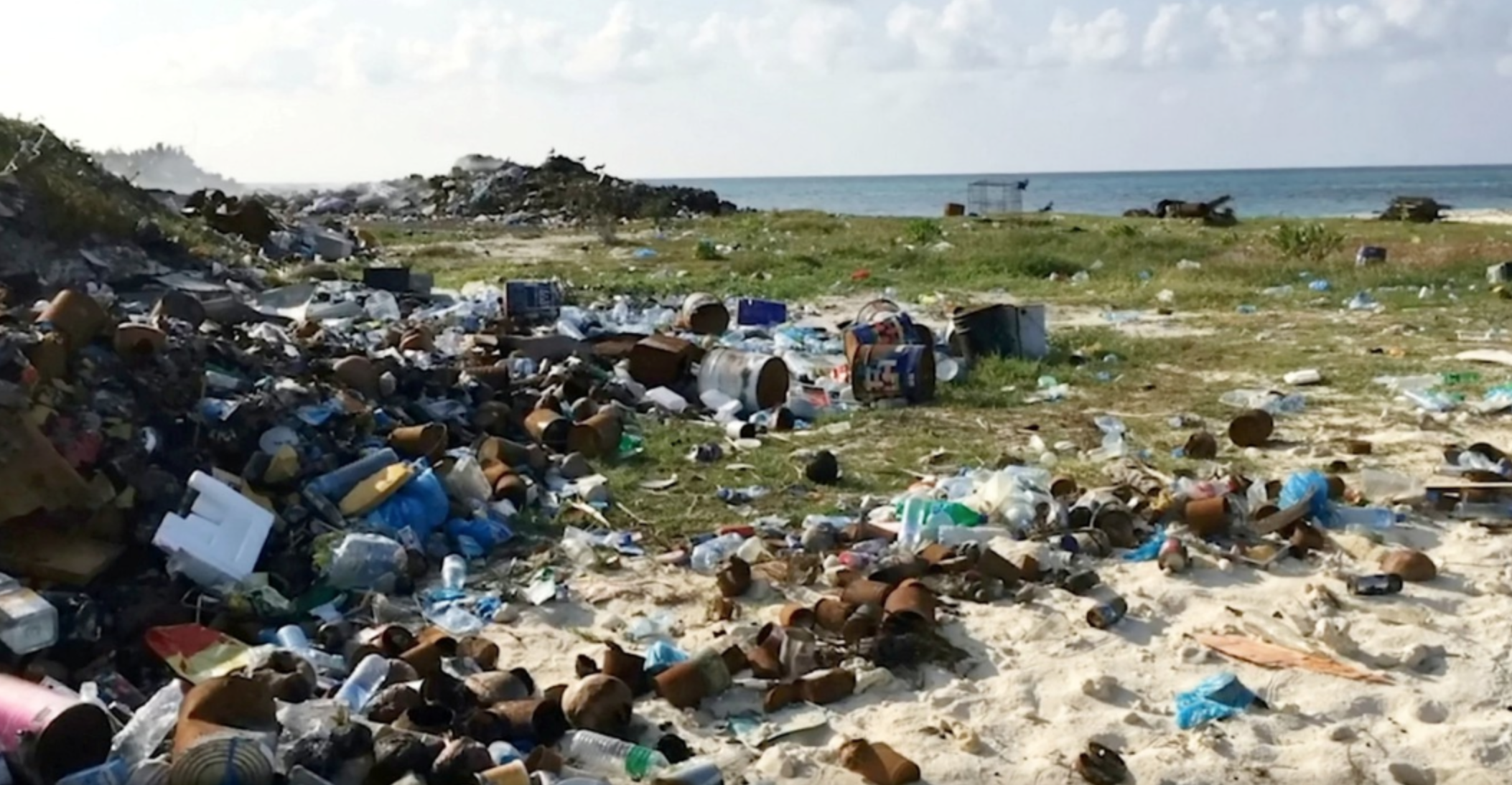 Much of the waste on the islands is produced by touristsCredit: South West News Service 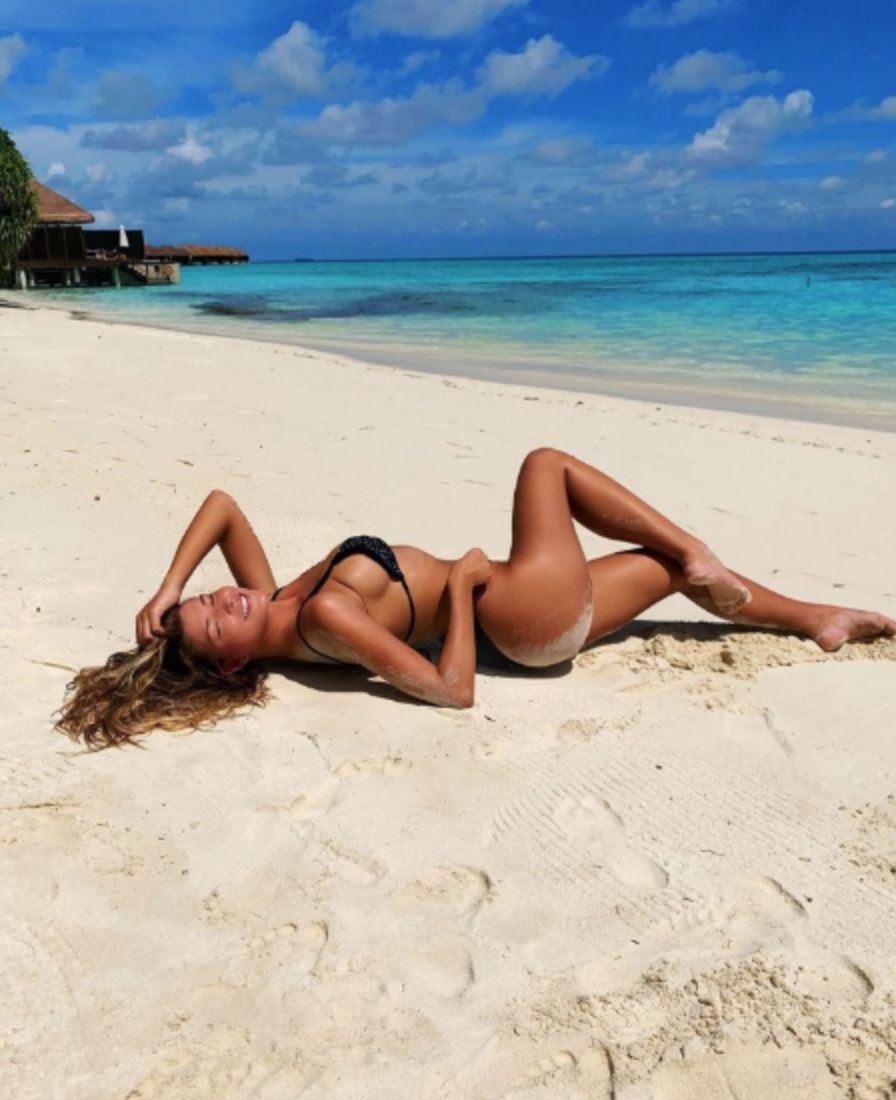 The images stand in contrast to the holiday paradise often seen in snaps posted by stars like Zara McDermott, picturedCredit: Instagram

The marine ecosystem of the island is estimated to support some 1,100 species of fish as well as 929 other species of wildlife.

The area also hosts around 170 species of sea birds.

Plastic was found in the stomaches of every one of 71 individual triggerfish collected and studied by researchers.

The authors of the study wrote that the plastics had a “high potential to negatively impact the health of the ecosystem, marine organisms, and local island communities.”

Speaking to National Geographic, Karen Burke Da Silva, the senior author of the study, said small plastics can be particularly damaging because they are eaten by smaller fish, which in turn are eaten by larger fish.

Matthew Cole, an ecologist at the Plymouth Marine Laboratory, added: “We’ve been vastly underestimating how many microplastics are out there using traditional sampling methods.

“With small enough nets, it is possible to reveal this hidden, otherwise invisible map within the oceans. And this is just the surface.

“What sinks to the bottom is not included in these global calculations.” 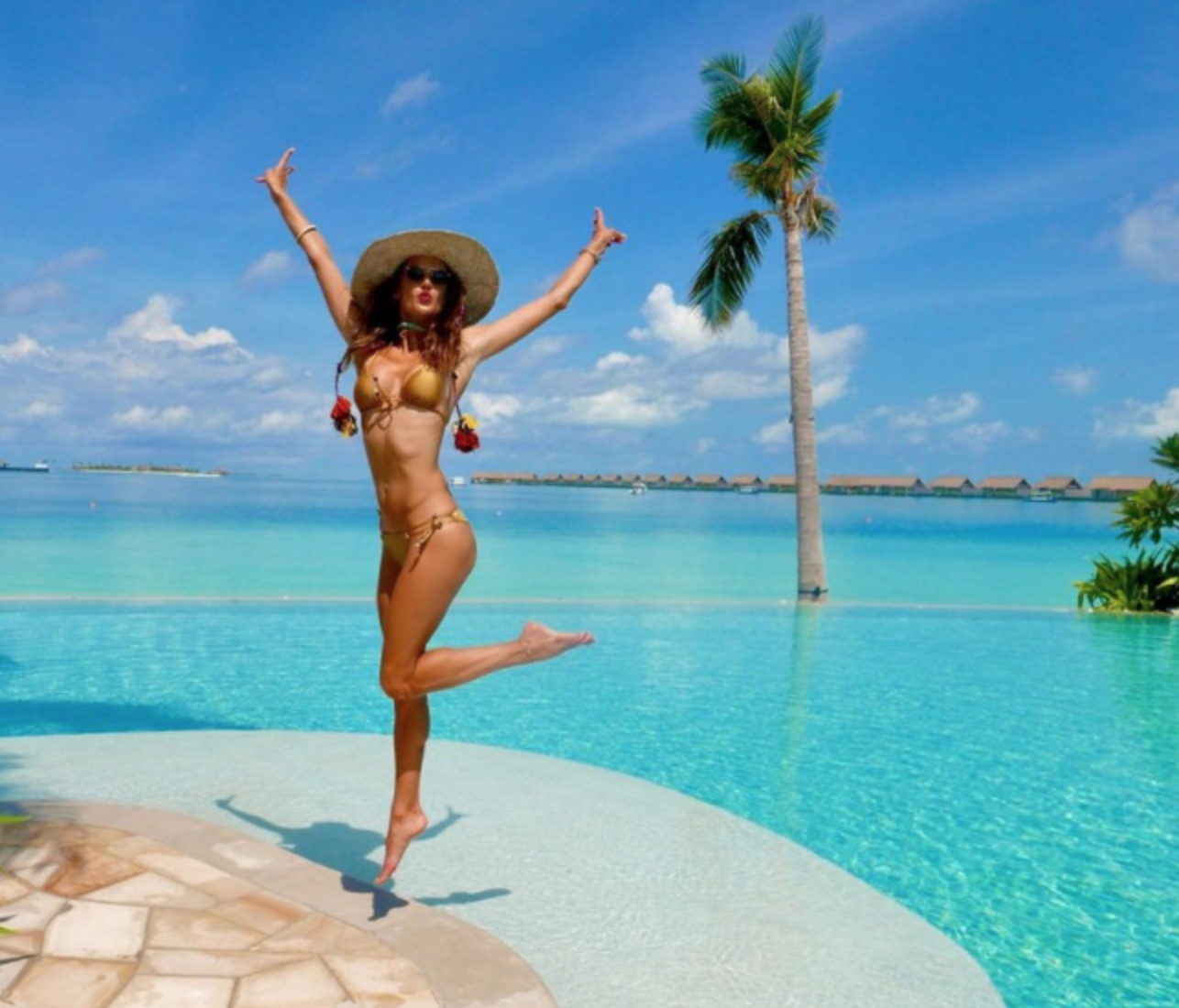 Brazilian model Alessandra Ambrosio at a resort in The MaldivesCredit: Instagram 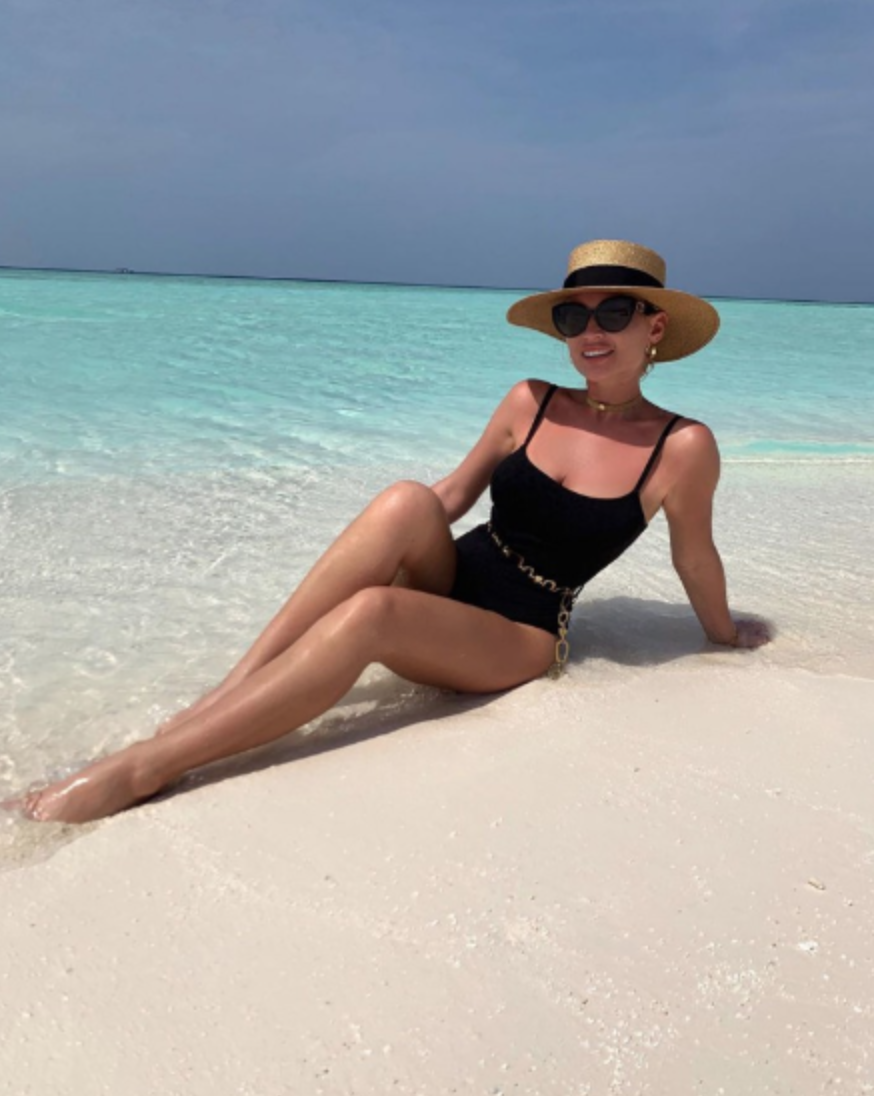 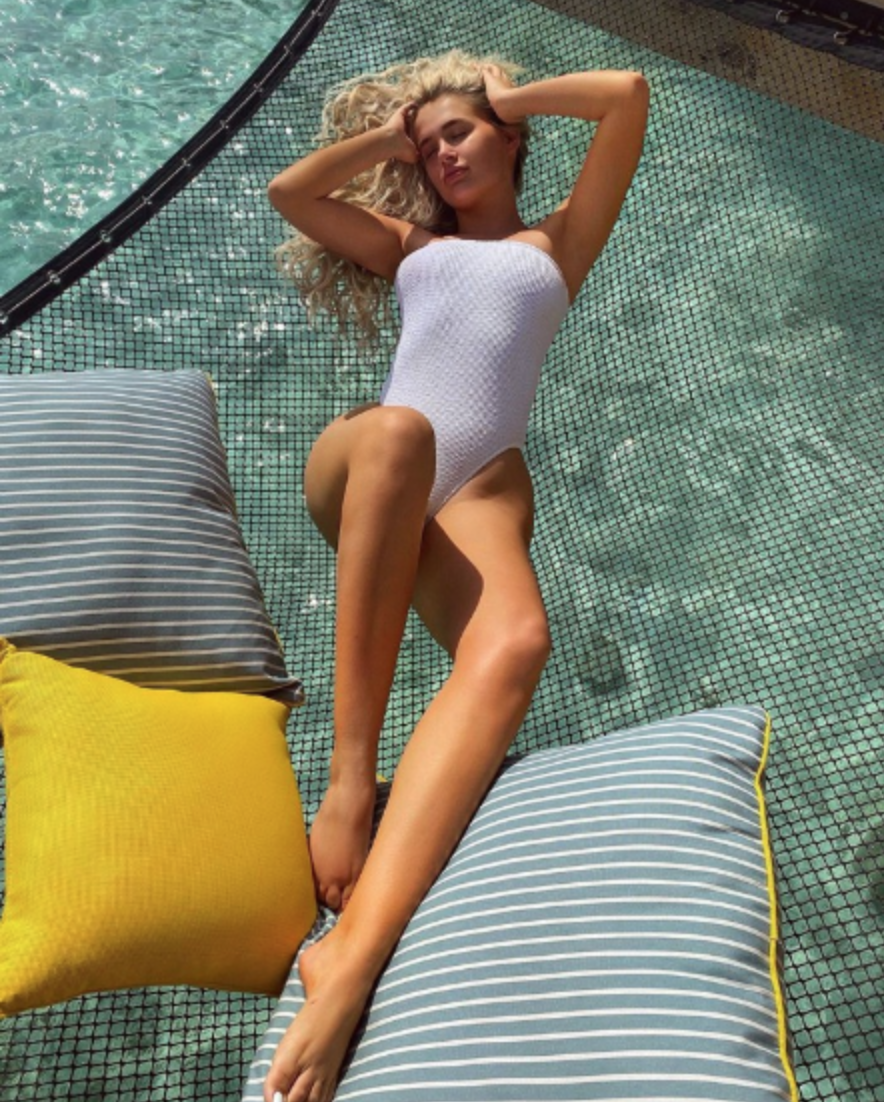 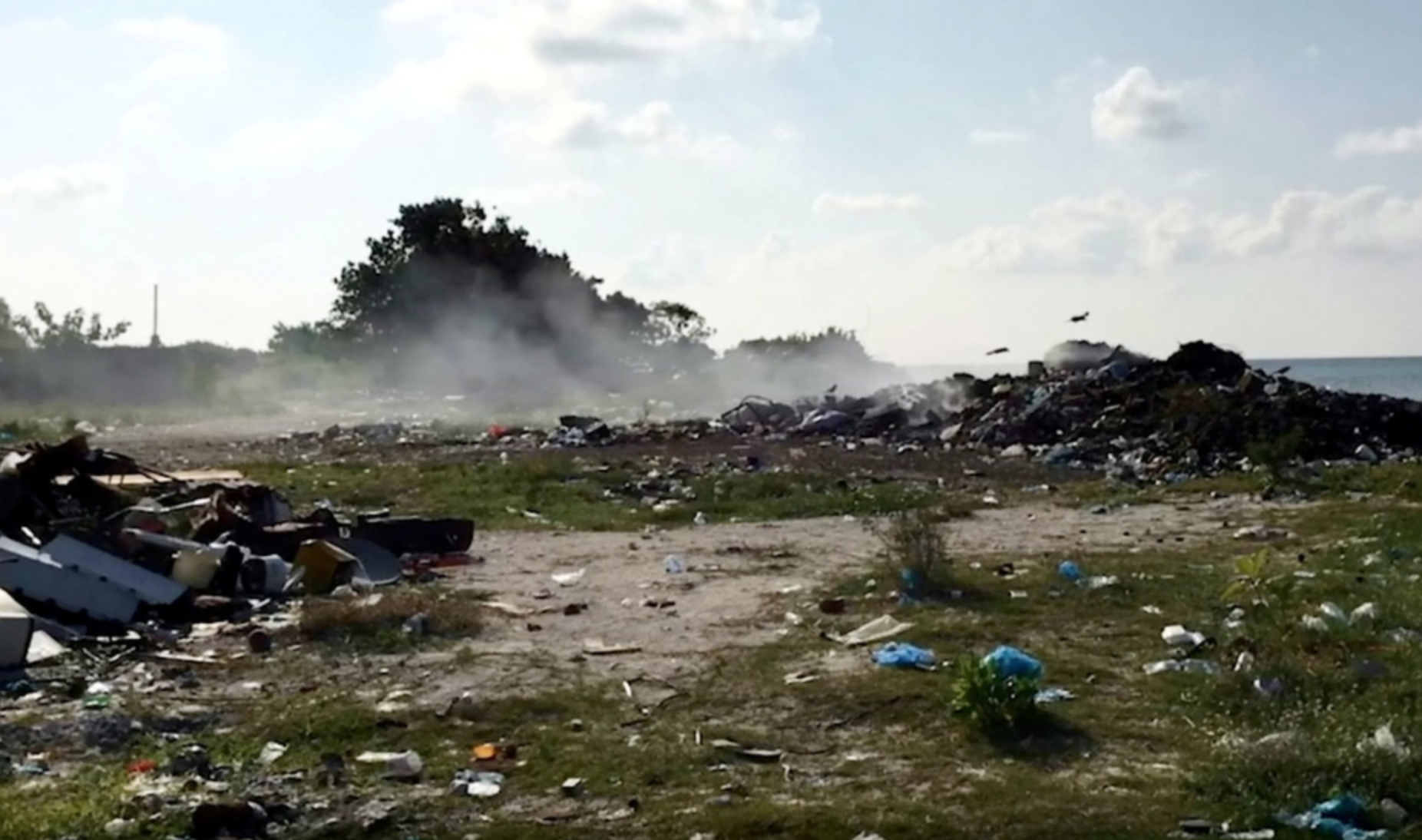 The authors of the recent study said that plastics would ‘impact the health of the ecosystem, marine organisms, and local island communities’Credit: South West News Service 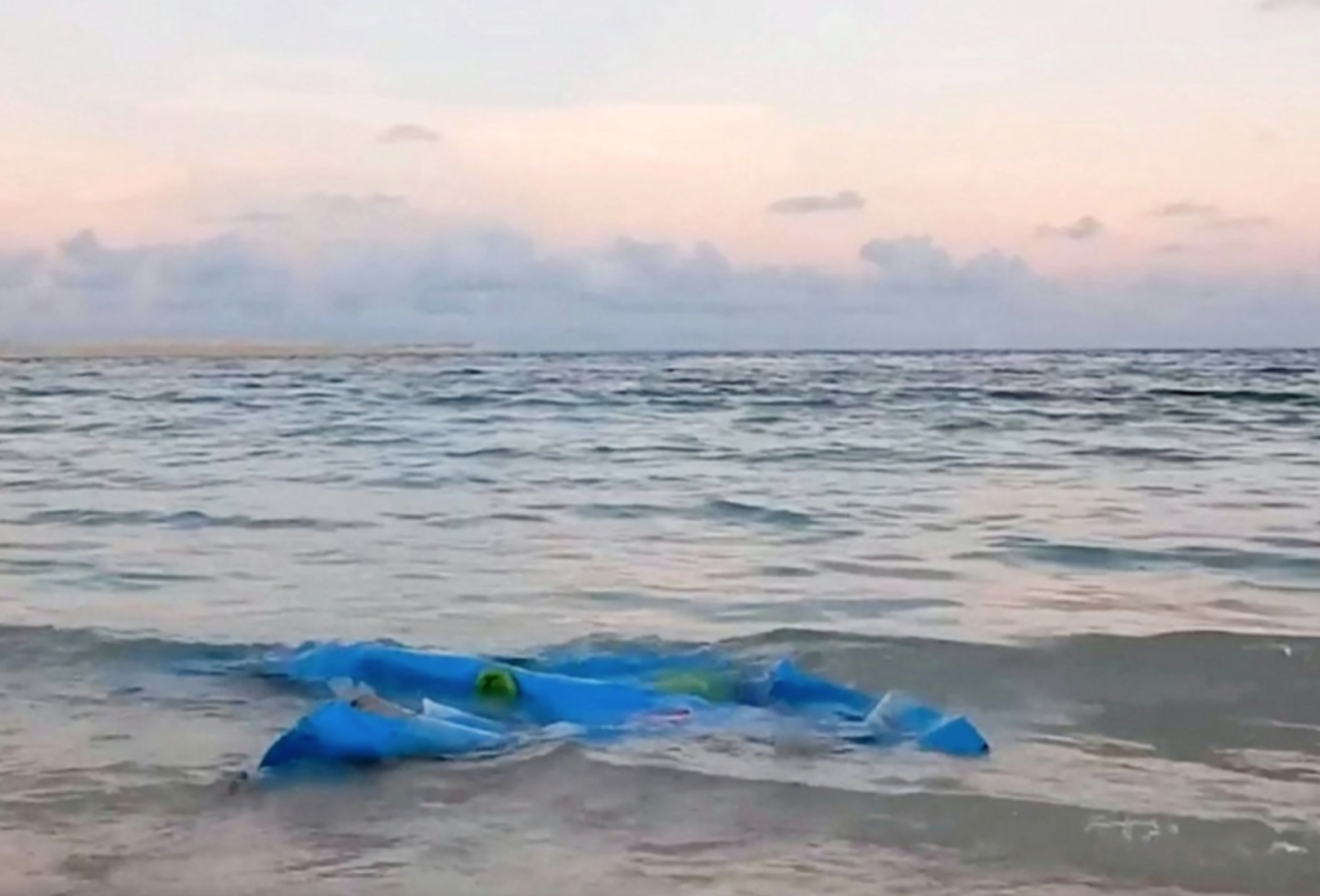 Once plastics break down, they can easily be ingested by marine lifeCredit: South West News Service 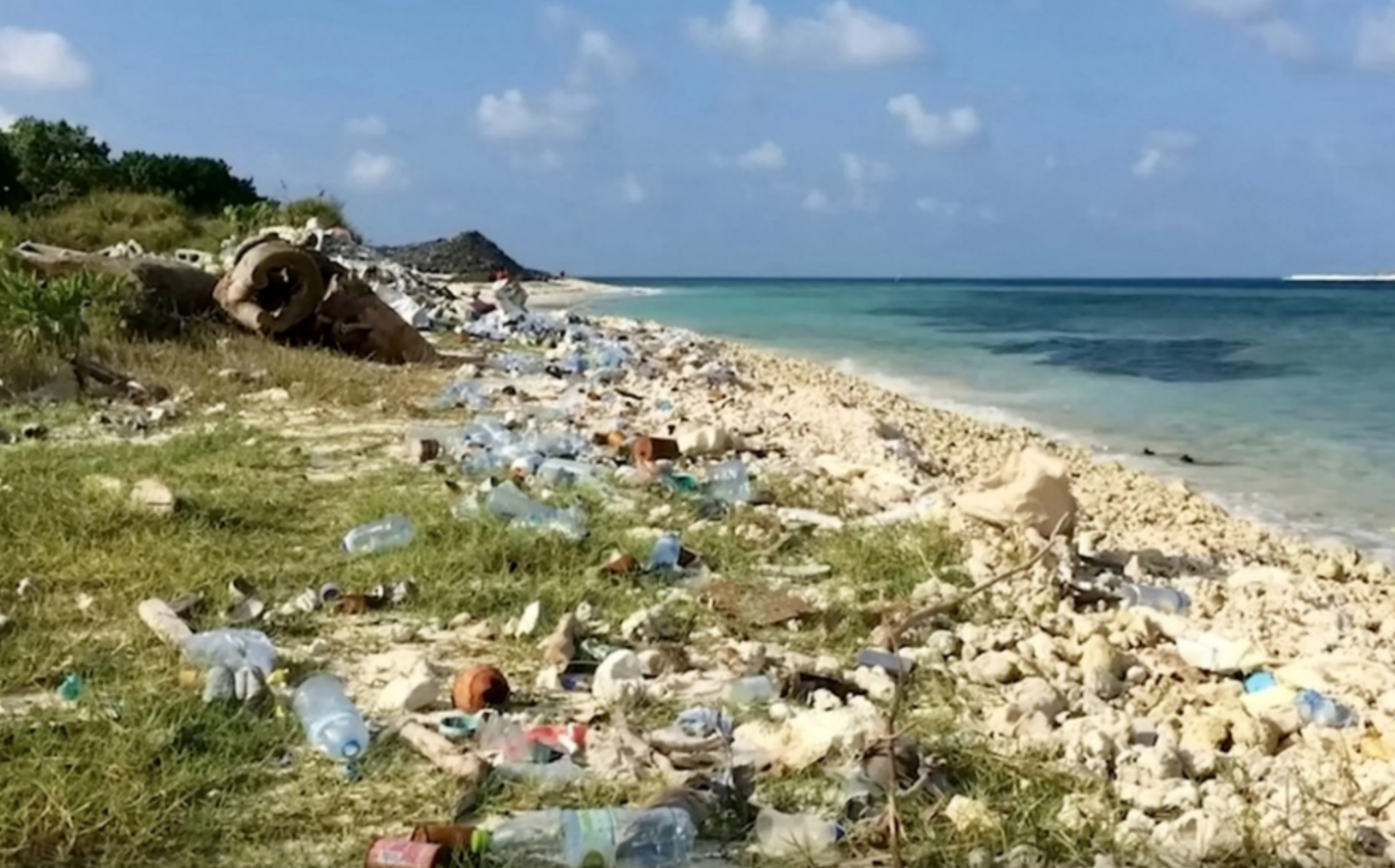 The area is home to hundreds of species of fish and sea birdCredit: South West News Service