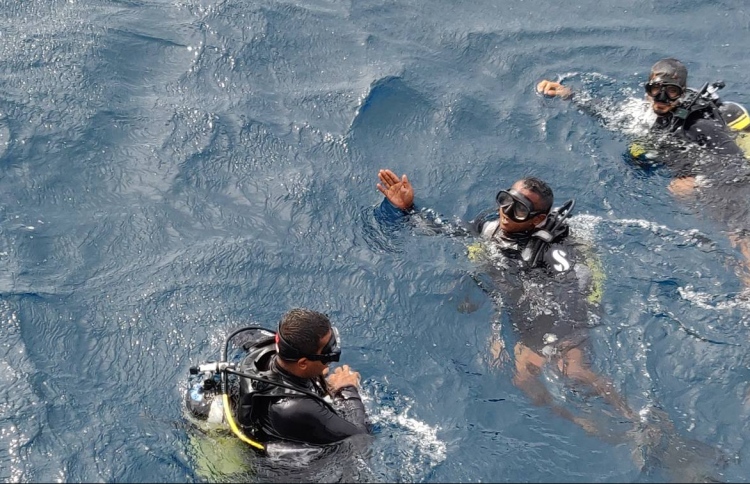 Island Council of Mandhoo, Alif Dhaalu Atoll, revealed on Saturday that Ali Shah, aged 27, travelling to the island by boat, was reported missing on his journey back home.

Shah was travelling to Mandhoo after the state eased the lockdown measures implemented to contain the spread of the ongoing COVID-19 pandemic.

Deputy Councilor Nu’umaan Hassan told local media Mihaaru that Shah was at Male’ for medical treatment when the state imposed a lockdown following the confirmation of a community spread in the Greater Male’ area.

According to Nu’uman, Shah travelled to the island in his father’s ferry “Ranthari” boat from Velana Internation Airport (VIA). Three men travelled on the ferry excluding Shah, in addition to women and children.

Nu’uman stated that Shah had spoken to the boat captain just 15 minutes before the ferry entered Mandhoo’s harbour.

Due to the design of the ferry, it is believed that he fell into the ocean from the aft of the boat, as there is no possibility of walking to the bow of the boat without being spotted by the captain.

A team of Maldives National Defence Force (MNDF) is conducting the search for the missing person along with residents of Alif Dhaalu.

Despite various efforts by a team of Coast Guard divers, in addition to recreational and professional divers from across the atoll, Shah has yet to be found.

However, over 30 divers are still continuously searching for the missing person.

“The divers are searching the route from where the boat is believed to be when Shah last spoke to the captain”, Nu’umaan noted.

MNDF had formerly stated that the Male’ Area Coast Guard Squadron had begun immediate efforts to find Shah, after the missing person case was reported to the authorities at 0210hrs on early Saturday.

According to MNDF, Shah went missing around 0110hrs. MNDF noted that the boat captain had given a statement saying that they confirmed Shah’s disappearance after the boat entered Mandhoo’s lagoon.

The captain stated that Shah was on board even when the ferry entered through the channel but was missing when the vessel docked at the jetty.

Authorities have requested all vessels travelling through the area to keep an eye out for the missing person as well.