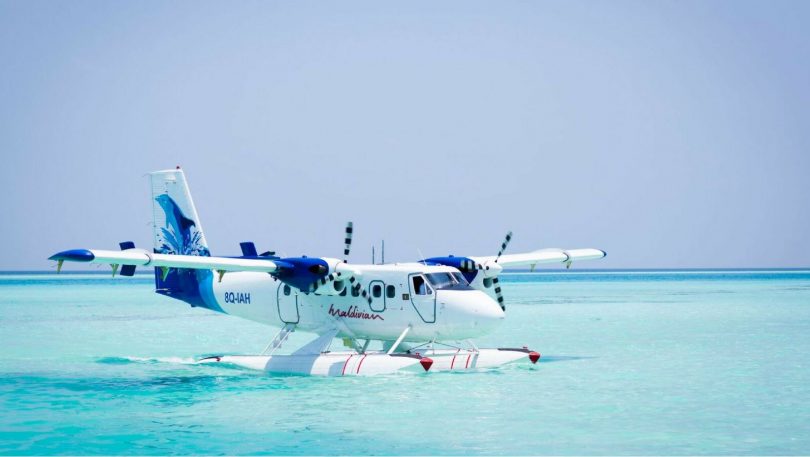 NEW DELHI: The seaplane that will be used for starting flights between Ahmedabad’s Sabarmati riverfront and Sardar Vallabhbhai Patel’s Stature of Unity in Kevadia from October 31 — the iron man’s birth anniversary — is on its way to India.

A 15-seater DHC-6 Twin Otter aircraft of Maldivian Aero, the country’s national airline, has taken off from Male on Sunday and will reach Ahmedabad on Monday after two transit halts at Kochi and Goa.

Prime Minister Narendra Modi — who famously took a seaplane from Ahmedabad in 2017 — will inaugurate this service.

“For India’s first seaplane project, we had to turn to the experts in the field! The seaplane operations will take off with the assistance of Maldivian Aero (seaplane), pilots & crew! We thank the government of Maldives and Maldivian Aero for their support,” the High Commission of India in the Maldives tweeted on Sunday.

A DHC-6 Twin Otter aircraft of Maldivian Aero (it has 11 of those planes which joined its fleet in January 2018) took off for India from Male on Sunday. The aircraft will be reaching Ahmedabad on Monday after two transit halts at Cochin and Goa, according to aviation ministry JS Usha Padhee.

SpiceJet will use this leased aircraft to operate eight daily flights with a ticket price of about Rs 4,800.

Following PM Modi’s direction, Airports Authority of India is developing water ports. The Centre had last year approved subsidised flights from six water airports that include Guwahati riverfront, Nagarjuna Sagar, Shatrunjay Dam and Umrangso reservoir under the third round of ude desh ka aam nagrik (Udan) scheme. The first to take off will be the seaplane service between Ahmedabad Sabarmati riverfront and the State of Unity.

The routes awarded for seaplane operations include Sabarmati riverfront to Stature of Unity and Shatrunjay Dam; Guwahati riverfront to Umrango reservoir, Jorhat and Shillong and Nagarjuna Sagar to Vijaywada and Hyderabad.

In August-end, the aviation ministry had approved 78 new routes under the fourth round of UDAN which could see Kavaratti water aerodrome in Lakshadweep also getting flights. Agatti, Kavaratti and Minicoy islands of Lakshadweep have also been connected by the new routes of UDAN 4.