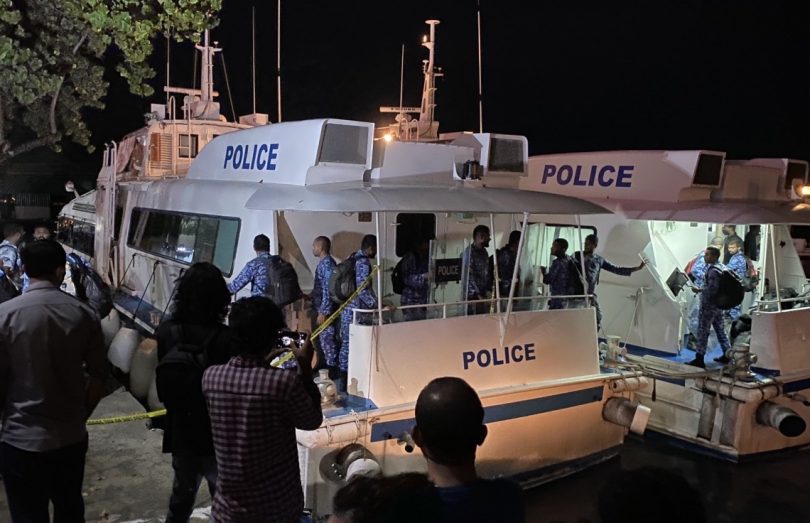 Seal Maldives, on Sunday, claimed that RIX Company Pvt Ltd was on official blacklists and had resultantly created a separate company under the name Bodufinolhu Hotels and Resorts to secure a higher quota for foreign labourers.

In 2019, Seal Maldives contracted the construction work of Bodufinolhu in Baa Atoll to RIX Maldives, a company owned by the parliamentary representative for Shaviyani Atoll’s Milandhoo constituency, Ali Riza.

Following significant unrest on July 2, during which foreign labourers on Bodufinolhu held 13 local staff hostage in protest over six months of unpaid wages, the two companies issued conflicting statements regarding the workers’ pay.

Advocacy Chambers, the legal representative of Seal, stated that inquiries launched after the unrest at Bodufinolhu revealed that RIX Maldives was blacklisted for unknown reasons. The company stated that their requests for information lodged with the Ministry of Economic Development have yet to be answered.

According to local media outlet Mihaaru, Seal Maldives addressed a letter to the ministry on June 20, stating that the development of Bodufinolhu was contracted to RIX, and that Seal Maldives’ quota for 42 labourers was transferred to RIX Maldives. The letter also requested the approval of a higher quota for RIX.

“Seal does not have any connection to Bodufinolhu Hotels and Resorts”, asserted the developer, adding that it believed that RIX Maldives had created the company and secured a quota under its name since RIX was blacklisted.

Following the unrest, RIX Maldives’ lawyers asserted that the foreign labourers at Bodufinolhu entered the Maldives under the quota approved for Bodufinolhu Hotels and Resorts.

Mihaaru also reported that Bodufinolhu Hotels and Resorts did not hold business licenses or approvals despite being noted on the ministry’s business portal as having been registered during May 2019.

The police also accused RIX of terminating workers that protested over their conditions and sending them to the capital city Male’. Prior to the hostage situation, RIX employees staged a silent protest on May 16, demanding full payment and clearance to leave the Maldives and return to their respective countries.

RIX Maldives claimed that Seal was legally required to pay salaries under the terms of agreements signed between the two companies and that delays in crediting salaries were caused by the developer’s failure to make payments.

Seal Maldives countered with a statement noting that it made payments in addition to those mandated by agreements and accused RIX of neglect, stating that there was no reason preventing the contractor from paying its workers. Seal Maldives also asserted that RIX was mandated to cover insurance, healthcare and Visa application costs in addition to monthly salaries.