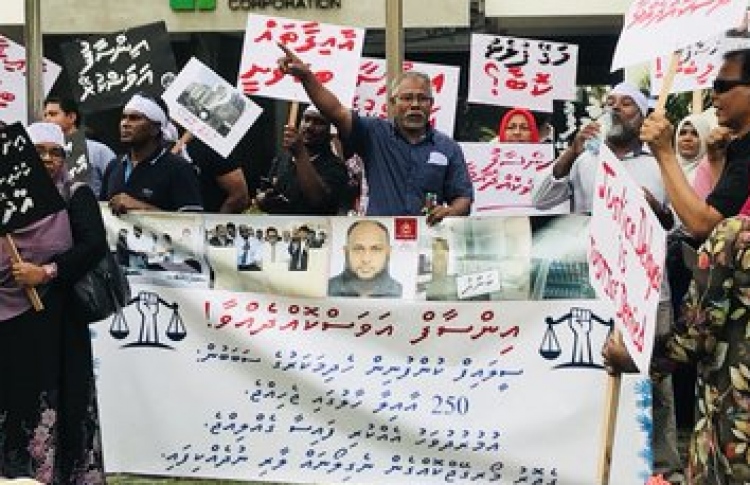 Sea Life was contracted by HDC in 2014, for the construction of 3,000 housing units in reclaimed suburb Hulhumale’, during the tenure of former President Abdulla Yameen Abdul Gayoom.

According to Moosa, the project was initially terminated after Sea Life refused to pay a bribe of USD 1 million requested by the-then MD Simon.

In the letter, Moosa stated that evidence of the bribery attempt was acquired through a “controlled operation” with collaboration with an off-duty law enforcement officer on vacation in Sri Lanka at the time.

As per Moosa’s claims, the bribery negotiations with HDC were conducted through an intermediary, who had subsequently granted the written approval for Sea Life to begin the project after Moosa requested the individual to collect the USD 1 million directly from him in Sri Lanka.

However, Moosa stated that the transaction never occurred.

Moosa, who had fled to Sri Lanka after the controversy, further revealed that Sea Life, after insisting on undertaking the project, was forced to acquire shares worth USD 950,000 after two shareholding companies in partnership with Sea Life left the company as a result of the project’s standstill.

He added that a large number of funds from the housing project was utilized to purchase the shares.

The matter, along with the acquired evidence was filed at both Maldives Police Service and the ACC in 2015. Moosa raised new concerns over a lack of progress in the investigation, well after five years since filing the case.

At the time, Police moved to reject a separate probe based on ACC claims of an ongoing investigation.

The letter further read that Sea Life had received reports of the former HDC MD attempting to delete evidence on his laptop prior to confiscation for the commission’s investigation.

A total of 203 individuals sought reimbursement from Sea Life after the flat owners paid booking fees to the company.

Under a settlement agreement drafted during President Ibrahim Mohamed Solih’s administration, a total of MVR 45 million in damages is owed to the victims by the state.