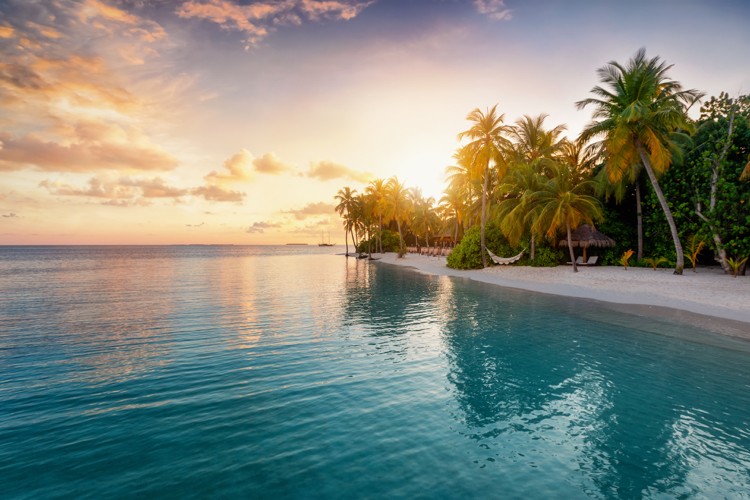 A study released earlier this year shows that the low-lying Maldives — a small archipelagic country in the Indian Ocean, long thought to be at risk from catastrophic sea-level rise associated with global warming — has actually grown in geographic size on a majority of its islands.

The study, done by Dr Virginie Duvat of the University of La Rochelle in France, showed that 97 per cent of the country’s islands either grew (59 per cent) or have not changed (38 per cent) since 2005. The study would seem to confirm Duvat’s own findings from 2018 when she concluded:

“Over the past decades, atoll islands exhibited no widespread sign of physical destabilization in the face of sea-level rise.”

Less than 3 per cent of the nation’s 186 islands showed any decrease in size in the period studied.

According to Duvat, land reclamation projects drove island expansion on 93.5 per cent of the inhabited islands of the Maldives, while a combination of land reclamation and engineered structures such as breakwaters and groins were responsible for much of the growth of the resort islands.

In other words, unless the sea level rise is immediate and catastrophically high, mankind has the ability to adjust to it. We’ve already seen this ability in low-lying places such as the Netherlands and Japan where the low-lying country is protected by sea walls and underground discharge tunnels. A slow, steady sea level rise, as is predicted even by most climate alarmists, should be no trouble to adjust to, given even a little time.

The type of reclamation in use by the Maldives is not without environmental consequences according to Duvat: “The Maldivian island model of ‘reclamation-fortification’ has detrimental impacts on the environment while also questioning the future capacity of the Maldives to face a hard path of increasing risks.”

But you can literally say that about any human engineering project, including building large scale wind and solar farms. Anything we build adversely affects some environment somewhere. The trade-off should be the key when discussing these things. Are the Maldives better off by reinforcing their coastlines at the risk to some fish habitat and natural beaches? No doubt, most of the nation’s 400,000 residents or 1.8 million annual tourists would say, ‘yes.’

Duvat’s conclusions also concur with that of the University of Auckland of 2018. which studied the tiny island nation of Tuvalu in the Pacific Ocean, concluding that the atoll nation actually grew in size by approximately 180 acres — roughly the size of California’s Disneyland — from the early 1970s to 2017.

In the case of Tuvalu, researchers concluded that the islands’ growth was a natural occurrence with waves and storms depositing sand and rocks on the shores — not just human intervention.

The nation of Tuvalu is significant since it was featured prominently in carbon credit salesman Al Gore’s 2006 An Inconvenient Truth, a science fiction film masquerading as science. In fact, in that film, Gore wrongly asserted that “the citizens of these island nations have all had to evacuate to New Zealand.”

Yet, despite Mr Gore’s dire warnings, Tuvalu remains a small but vibrant nation. The island nation’s population remains around 11,000 people and there is currently no refugee crisis, although a small number of Tuvalu citizens have relocated to New Zealand.

As for the Maldives, the people there are investing in their future rather than being frightened into fleeing in fear as climate alarmists would have them do. The country has built five new airports in the past two years that are set to supply dozens of new luxury resorts with tourists from all over the world.

Without apocalyptic fear-mongering, climate alarmists have little actual evidence to suggest we must immediately change our ways and get rid of all fossil fuels for the planet’s sake. More than three decades into their catastrophic predictions of sea-level rise causing a (pardon the pun) flood of climate refugees from low-lying island nations, those island nations appear to be thriving just fine. Perhaps it’s just their sea-level predictions that are faulty, or maybe their entire premise that man is causing uncontrollable warming of the Earth is flawed.