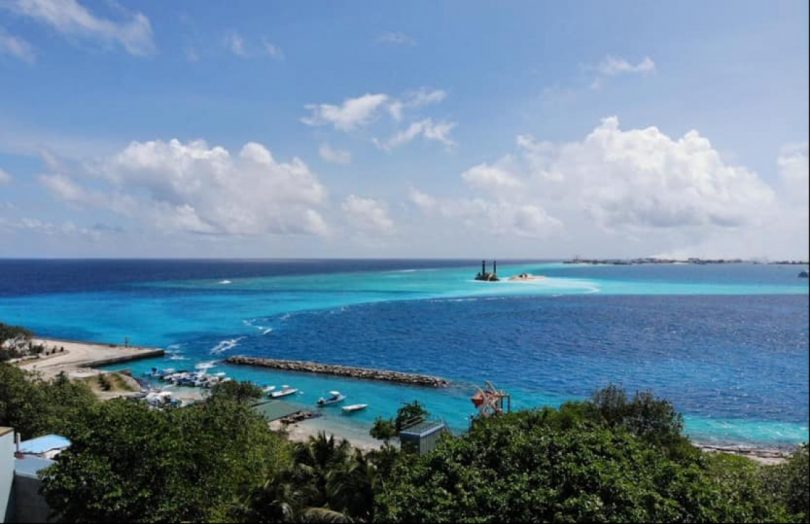 Local environmental campaign ‘Save Maldives’ on Friday called on President Ibrahim Mohamed Solih and the government to “stop the Gulhifalhu ecocide” and “re-think unsustainable, debt-funded development projects” to protect the environment and biodiversity of Maldives.

In a press release to mark World Environment Day 2020, the citizen-led campaign stated that the ongoing COVID-19 pandemic has exposed fundamental flaws in the government’s approach to development and the continued centralisation of the Greater Male’ area.

Noting that the country’s economic dependency on tourism, which in turn relies on the natural beauty of Maldives, Save Maldives slammed the government for continuing unsustainable development projects such as the reclamation of Gulhifalhu, Kaafu Atoll, reportedly funded by foreign loans of USD 300 million.

“The expected environmental loss and damage are already emerging, as sedimentation from dredging threatens the surrounding area including the Villimale house reef and dive sites nearby, impacting the livelihoods of divers, fisherfolk, resorts and other local businesses”.

Noting the arrival of a Dutch dredging vessel on June 1 for the project, Save Maldives stressed that the reclamation would result in the destruction of not only the reef but the Hans Hass Place, a marine area that was declared protected since 1995.

In its statement, Save Maldives further noted that the open letter sent to the parliament on May 19, appealing to halt the Gulhifalhu project, was yet to receive any acknowledgement or response.

Save Maldives called on President Solih to review unsustainable development approaches as well as account for the socio-economic repercussions of the COVID-19 pandemic, and stop costly and destructive projects that commenced prior to the health crisis.

“We remind President Solih of his government’s responsibility to conserve the country’s natural defence systems which are our reef ecosystems and biodiversity”.

The collective also highlighted the climate emergency declared by the parliament in February this year and demanded that the parliament and its Environment and Climate Change Committee follow through on promises.

Furthermore, Save Maldives criticised the Environment Protection Agency (EPA) for insufficient action to mitigate negative environmental impacts from development projects. They called on the government and parliament to establish the EPA as an independent institution free from the administration’s influence.

Save Maldives had criticised President Ibrahim Mohamed Solih’s administration earlier in February as well, for disregarding sustainable development in a time of national and global crisis. At the time, the Ministry of Planning and Infrastructure had overturned the Environmental Protection Agency (EPA)’s rejection of the proposed development of Maafaru International Airport.

Then on May 6, the government revealed its decision to move ahead with the reclamation of 30 hectares of land in Gulhifalhu for the development of facilities for the purpose of providing accommodation for 40,000 expatriates.