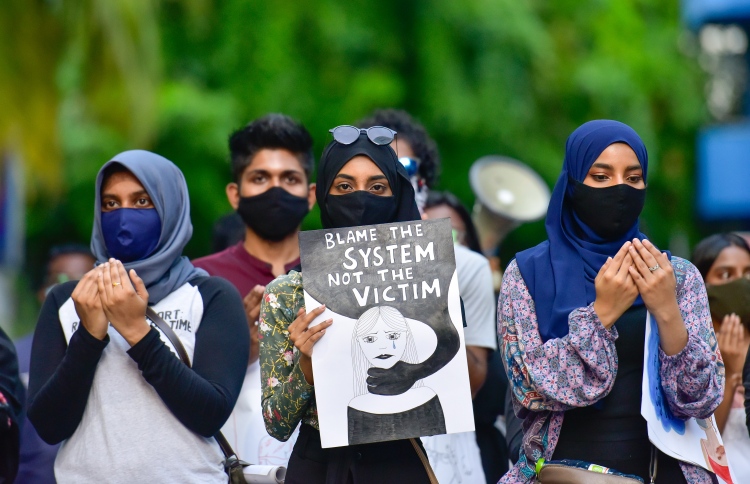 Riza and Co LLP, on Thursday, revealed that former Attorney General Azima Shukoor has not made any contact with their client, the Kenyan woman who was sexually assaulted aboard a safari docked at Hulhumale’ lagoon.

The clarification was publicized in reference to a statement issued on Wednesday by Mendhuru Online, the first local media outlet to report on the case, which was lodged with the Maldives Police Service on June 26.

Mendhuru Online stated that the story had not directly come from the victim, but from Azima Shukoor, who has since denied any involvement and lodged the matter of false allegations to police authorities later on Wednesday.

Riza and Co LLP demanded Mendhuru Online to remove their latest press statement on the grounds that it included false allegation concerning the victim.

Furthermore, the law firm requested all media outlets to seek permission before publicizing narrations concerning the case, including print, broadcasts, printed news or online publications. Riza and Co LLP asserted that any media reports released without clearance would be subject to legal action.

Noting the possibility of revictimization and causing further distress to the victim, Riza and Co LLP also urged the public and concerned individuals to respect the victim’s privacy by avoiding any attempts to directly or indirectly contact her.

According to Riza and Co LLP, legal assistance was extended to the victim on a pro bono basis with consideration to the prevalence of sexual offences in the Maldives and the lack of public confidence in official government channels concerning such crimes.

In addition to the police, the Parliament, the Ministry of Gender, Family and Social Services, the Human Rights Commission of Maldives (HRCM and the National Integrity Commission (NIC) were informed that all future communications with the victim are to be conducted in the presence of her attorneys, Shafeea Riza and Noorban Fahmy.