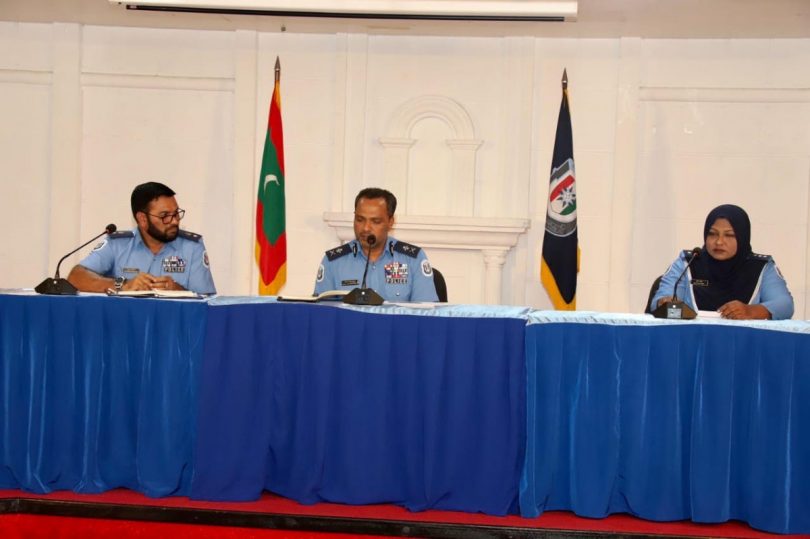 Authorities have revealed that the sexual assault case onboard a safari which surfaced in late June, “was not submitted as a rape case”.

During a press conference by the Maldives Police Service (MPS) on Thursday, Chief Inspector of Police Mariyam Azma revealed that the case was lodged at the authority early morning on June 26 and the victim, 27, stated that her phone had gone missing, when police began questioning her at the jetty of capital city’s suburban extension, Hulhumalé.

Initially, the victim is to have stated that she went to the safari boat upon the invitation from a friend and that she was groped without her consent at the safari. She then jumped into the water upon a fear that the situation may escalate.

Police revealed that statements from 11 individuals were collected in connection to the case and that officers found the victims phone after diving in the region where the safari was docked.

While authorities earlier admitted to not having conducted an alcohol test on the suspects in the case of alleged sexual assault on the Kenyan woman, when questioned regarding the matter at the presser, police revealed that the suspects were not accused of being under the influence of alcohol, when they were taken into police custody. The two suspects, both Maldivian men, were released the very next day.

While there are also accusations of political influence within the police institution, the officers denied this at Thursday’s press conference.

Highlighting that officers act on the information provided on the spot, police revealed that they had acted accordingly and in turn, not conducted alcohol tests on the two suspects as it was not reported as the issue, to responding officers, by the victim.

Further, the police revealed that they do not believe there was a delay in taking the victim for consultation with the doctor.

Highlighting that a news outlet has reported the case as a rape case, police have stressed that this is in violation of the victim’s confidentiality, especially since her photo has also been shared in the reports, by an unregistered media outlet. Further, the officers said that the outlet is not registered and hence, a separate investigation is ongoing over the matter as well.

Police revealed that discussions are also underway with the Prosecutor General, in connection to the case.

Police’s Professional Standards Command, the National Integrity Commission (NIC) and the Human Right Commission of the Maldives (HRCM) are in investigating the actions of the responding officers.