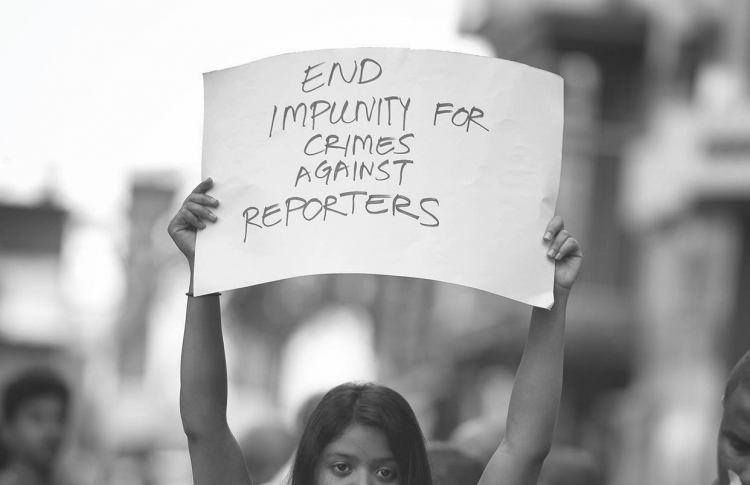 International non-profit and non-governmental organization that safeguards the right to freedom of information, Reporters Without Borders (RSF), on Wednesday called on President Ibrahim Mohamed Solih to “adopt proper sanctions” in the sexual harassment case lodged against his Head of Communications Ismail Hassan by a newspaper editor.

An article published by RSF, titled “Maldivian president’s comms chief accused of sexually harassing journalist”, noted that no action had been taken although editor of The Edition Rae Munavvar “filed complaints months ago”.

She filed a formal complaint on July 8 to the President’s Office on February 4, 2020, over Hassan Ismail sexually harassing her with the offer of bribes.

Rae narrated that, at a meeting held in February 2019, the PO’s Secretary of Communications offered training opportunities for her staff, in addition to other perks such as exclusive access to The Edition on foreign presidential visits, if she agreed to “spend some time” with him in a resort or his apartment in Sri Lanka.

Noting that he kept coming back to the offer even after her polite deviation from the topic, the editor also accused Hassan Ismail of offering to help her father secure a prestigious post in the incumbent administration.

The journalist also stated that Hassan Ismail questioned which country her father, who was a former Attorney General, would like to visit.

Within 48 hours since the meeting took place nearly 18 months ago, she noted that the issue was brought to the attention of the President’s Office, to no avail.

Due to the delayed inaction, one year after the incident took place, Rae then filed a formal sexual harassment complaint at the President’s Office, the Anti Corruption Commission (ACC) and Maldives Police Service (MPS), in February.

The formal complaints were met with further inaction, although the response letter from the President’s Office read that “necessary measures had been taken”.

When asked for details about the steps taken regarding the matter, the President’s Office did not respond.

Despite the lack of any indications that the journalist’s complaint was being looked into, police assure that an investigation in the matter is ongoing.

“The shocking inaction in response to Rae Munavvar’s complaints is indicative of serious problems with the Maldivian administration and police,” said the head of RSF’s Asia-Pacific desk Daniel Bastard.

“We call on President Ibu Solih to intervene at once by firing his communications director and launching an internal investigation into this unacceptable case of sexual harassment combined with an attempt to bribe a journalist. The credibility of the rule of law in the Republic of Maldives is at stake.”

Maldives’ ranking in RSF’s World Press Freedom Index fell behind 18 ratings towards the end of former President Abdulla Yameen Abdul Gayoom’s administration, which was heavily criticised for limitations it imposed on press freedom.

However, following the change of administration after Yameen was voted out, Maldives made an impressive jump on the Press Freedom Index, climbing 19 ranks. The island nation currently ranks 79th out of 180 countries.

“Ibrahim Mohamed “Ibu” Solih’s election as president in September 2018 raised many hopes that, for the most part, have yet to be realized”, Reporters Without Borders wrote in their article.