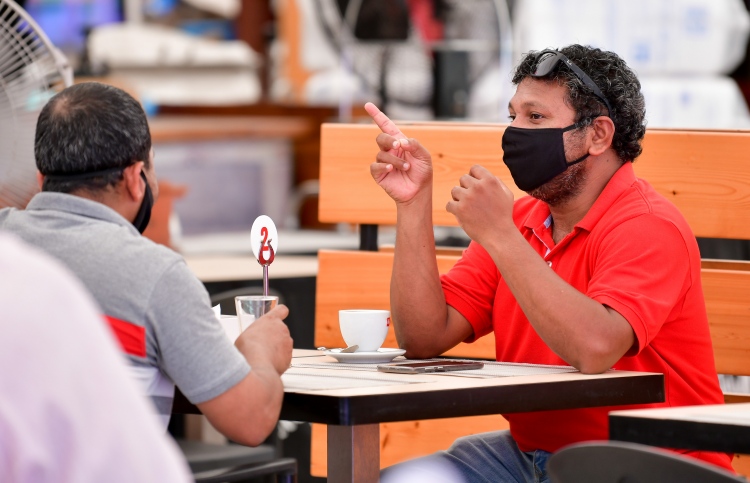 The Restaurant Association of Maldives (RAM), on Monday, welcomed the Health Protection Agency (HPA)’s announcement mandating all food vendors, including home-based micro-operations, to register with authorities in order to continue services.

HPA’s announcement was described by RAM as the successful result of all their efforts to date.

RAM also revealed that it was currently holding discussions with several state institutions, including the Ministry of Economic Development, Male’ Water and Sewerage Company (MWSC), State Electric Company (STELCO) and Waste Management Corporation (WAMCO), in order to address other challenges in the industry,

Notably, RAM revealed that it had requested a follow-up meeting with HPA and the Economic Ministry concerning previous discussions.

RAM expressed gratitude to relevant government institutions for their support in addressing problems within the industry.

Attributing the organisation’s success to its members, RAM invited other restauranteurs to share their opinions and solutions by signing up.

HPA’s announcement, which came at a time when home-based micro-businesses are thriving in the community, was met with heavy criticism from the public.

Several raised concerns that the decision disproportionately affected women and single mothers who are selling home-made food and beverages in order to stay afloat amidst the financial recession, after suffering job loss, unpaid leave or pay cuts due to the ongoing pandemic.

Many accuse that HPA’s decision was influenced by RAM, and imposing a difficult guideline with a strenuous registration process on micro-businesses was a deliberate move to “wipe out the competition” amid the increasing popularity of home-based cooks and bakers.

A viral screenshot from the Viber group of RAM where members celebrated HPA’s decision and a restauranteur said that “RAM must push HPA in this tempo to eradicate unregistered online food vendors”, resulted in public outrage.

According to HPA, the implementation was intended to address health and safety concerns, after receiving multiple complaints of unregistered food and beverage services conducting deliveries and advertising through online platforms.

On Tuesday, Family Legal Clinic (FLC) submitted a letter to Parliament Speaker Mohamed Nasheed, requesting the parliament to draft a new set of guidelines for micro-businesses.

The pro bono legal service provider noted that the safety guidelines listed by HPA are targeted towards commercial-scale outlets, which are difficult or impossible for home-based vendors to follow. FLC also highlighted the lack of a transitional period, despite HPA’s failure to regulate such endeavours for health and safety concerns prior to their announcement.

Notably, FLC noted discrepancies in the law and HPA’s decision.

According to clause (a), Section 9 of the Business Registration Act, selling products or providing services at home to sustain one’s own livelihood without employing any additional individuals, is exempt from registration.