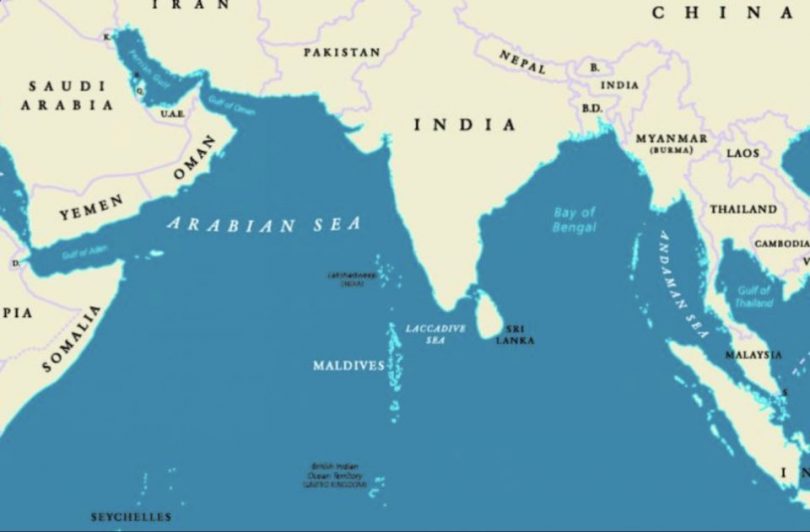 But what’s less recognized is how the virus crisis could shift political and security dynamics in the Indian Ocean region, with a suddenly economically distressed Maldives looking variously at China and India for support in an hour of need.

Maldives’ Covid-19 scare began with the discovery of infected Western visitors on the tourist islands of Kuredu and Sandies Bathala, both of which have since been sealed off from the wider nation consisting of some 26 atolls to contain the potential spread.

Authorities have since converted at least 10 luxury resorts into coronavirus quarantine centres, with foreign tourists accounting for all of the country’s 13 Covid-19 cases recognized by World Health Organization statistics.

The Asian Development Bank has estimated the Maldives will be the worst coronavirus-hit Asian country in terms of lost tourism, which accounts for 60% of foreign exchange earnings.

China is at the heart of that economic loss. 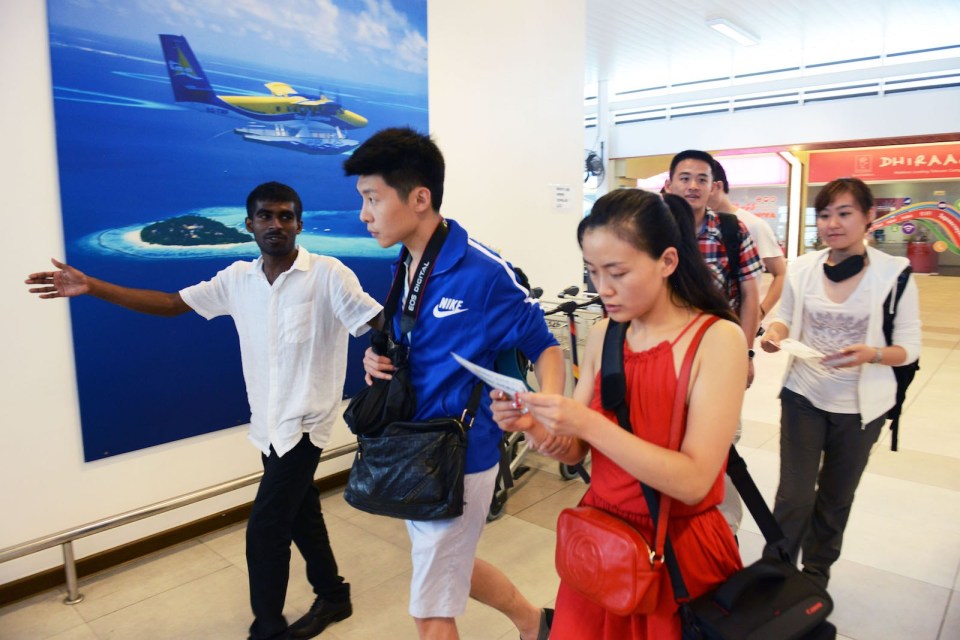 A Maldivian hotel guide (L) directing newly arrived Chinese tourists to a waiting bus that will take them to a seaplane terminal at the Male International Airport in a pre-coronavirus pandemic file photo. Photo: AFP/Roberto Schmidt

A record 1.7 million tourists visited the Maldives in 2019, with 300,000 of them arriving from China, the highest of any nationality. Before the Covid-19 outbreak, big plans were afoot to boost that number to a million Chinese visitors by 2023.

All 26 of the weekly direct flights connecting China to the Maldives are now suspended due to the virus. “We are worried. No more Chinese are coming here,” said President’s Office Minister Ahmed Naseem in an interview in Male.

The same, he said, is true for the rest of Asia, Europe and North America.

For a country with less than 400,000 inhabitants, the Covid-19 pandemic represents a particularly devastating blow, one that will require the indebted nation to look to bigger, richer countries to help it weather the storm.

The coronavirus crisis raises serious questions about the viability of Chinese President Xi Jinping’s infrastructure-building Belt and Road Initiative, both in the Maldives and worldwide.

Strategically situated astride vital shipping lanes between Asia, Africa and Europe, Maldives is the main target for Beijing’s economic and strategic expansion in the Indian Ocean region.

Despite having only 290 square kilometres of actual land, Maldives’ Economic Exclusive Zone (EEZ) covers about 900,000 square kilometres, making the small island nation a hotbed of intrigue and regional power games. 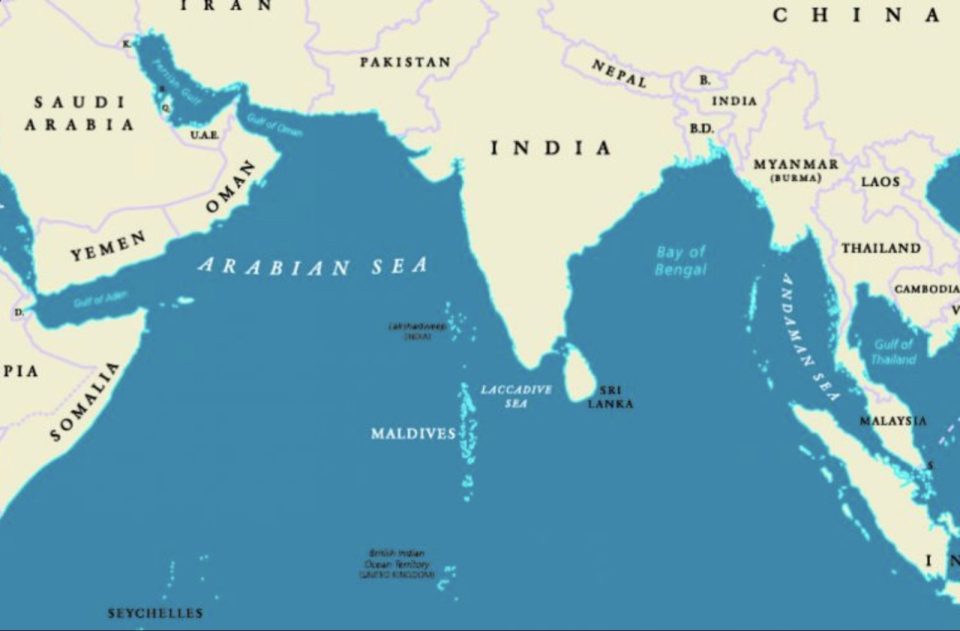 China’s oil supplies from the Middle East pass through or run close to Maldivian waters, as do its imports of minerals from Africa and exports of manufactured and other goods to Africa, the Middle East and Europe.

The Maldives, much to the chagrin of the country’s traditional ally India, established close and friendly relations with China under previous president Abdulla Yameen, who ruled from 2013 to 2018.

In September 2014, Xi visited the Maldives and secured a deal for a Chinese company to upgrade the international airport on Hulhule, a separate island near the capital of Male. China also undertook to build a 1.4-kilometre bridge linking Hulhue with Male, which was completed and inaugurated in August 2018.

A few months after Xi’s visit, in December 2014, the Maldives signed a Memorandum of Understanding with Beijing in support of Xi’s BRI, one of the first countries in the world to do so.

Among the more controversial agreements under the scheme was a plan to build a so-called China-Maldives Joint Ocean-Meteorological Observation Station on Makunudhoo, an atoll in the northern Maldives. The Indians suspected the facility would be used to monitor its naval and merchant vessels in the region.

The geo-strategic tables turned in September 2018 when Yameen was defeated at a general election that catapulted then-opposition leader Ibrahim Mohamed Solih, widely viewed as an ally of India, to democratic power. In November that year, Indian Prime Minister Narendra Modi attended his swearing-in ceremony in Male.

A month later, New Delhi presented Solih with an Indian-built coast guard vessel and promises of development projects, including fish processing plants, a cancer hospital and a cricket stadium in Hulhumale, an artificial island built in the early 2000s on reclaimed land to ease pressure on densely populated Male.

In June 2019, Modi chose the Maldives for his first foreign trip after being re-elected earlier that year. During the visit, Modi and Solih inaugurated another project: an Indian-built Coastal Surveillance Radar System and a composite training facility for the Maldivian National Defense Force. 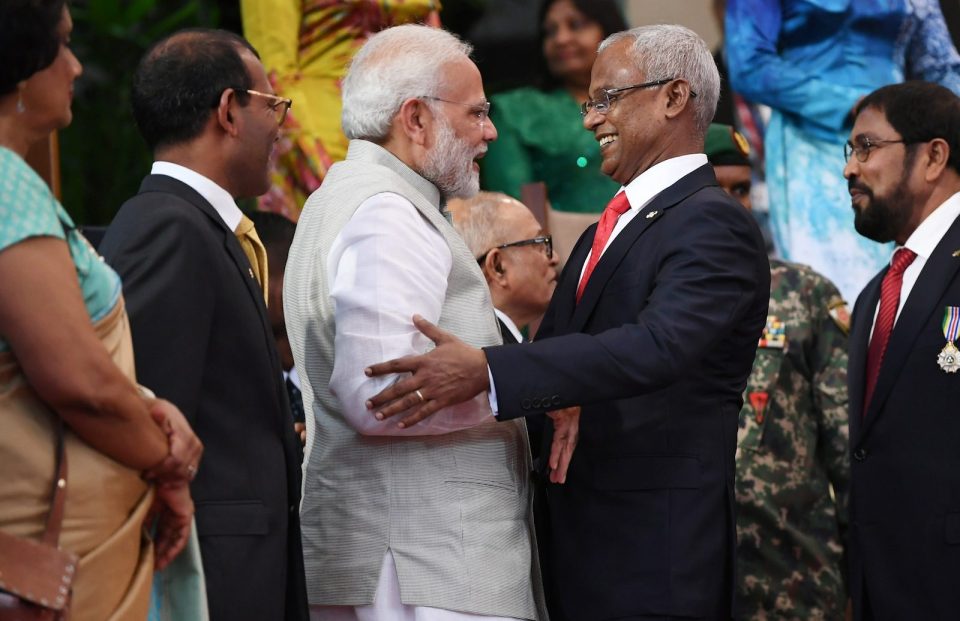 The Maldives, by all accounts, was firmly back in India’s orbit of influence. But even in the midst of the coronavirus crisis, with tourism in a tailspin and China struggling to get back on its feet, Beijing still has an economic hold on the country that will be crucial in the months ahead.

During a visit to Japan in December 2018, Finance Minister Ibrahim Ameer revealed to many observers’ surprise that Maldives’ debts to China amounted to US$1.4 billion, representing 38% of the country’s national debt of $3.7 billion and 78% of its external debt of $1.8 billion.

While India’s influence is on the ascent, China still has several ongoing projects in the Maldives, including housing and development projects in Male, Hulhulmale and outlying atolls, which Solih’s government will need while the tourism industry is the coronavirus doldrums.

That represents a certain political risk. Mohammed Nasheed, a staunch opponent of Yameen and a friend of India who served as president from 2008 to 2012 and currently Speaker of Parliament, accused China of “land-grabbing” on the atolls at a December news conference held in New Delhi.

“They have not given development assistance to us. It was a debt trap. We must now get the contracts done. We can’t stop that. We have to pay for the bill. But the Chinese government must restructure the debt,” he said.

He also said that a free trade agreement Yameen signed with China in 2017 was now dead in the water and would not be honoured by Solih’s government. 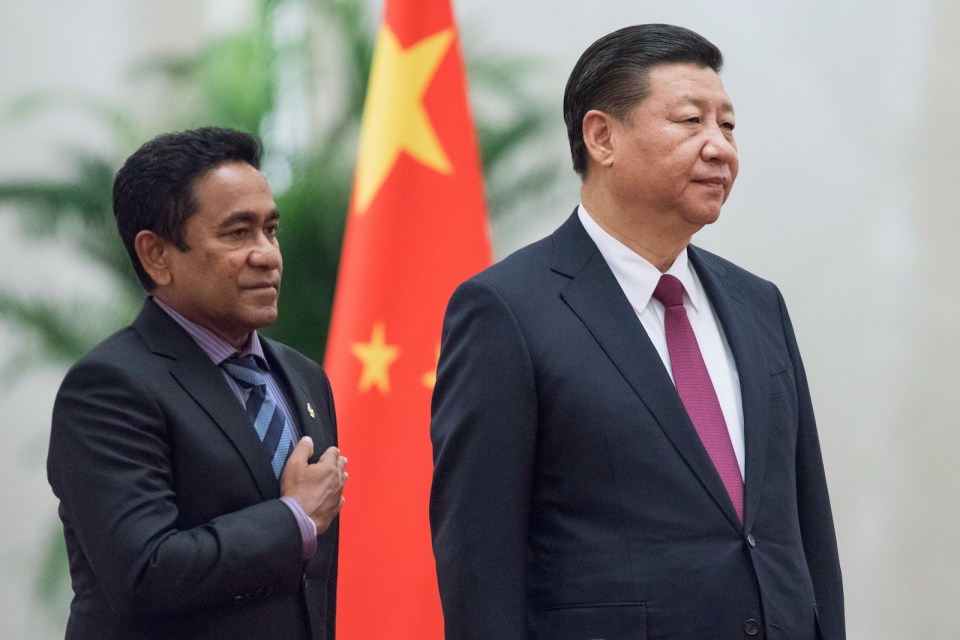 Then Maldives’ President Abdulla Yameen (L) and China’s President Xi Jinping during a welcome ceremony at the Great Hall of the People in Beijing. Photo: AFP/Fred Dufour

But it’s not clear to most that the Maldives has the leverage to negotiate the terms of its China engagement, particularly as its China-dependent tourism sector is in freefall.

India can help to fill some of the gaps. New Delhi announced during Solih’s visit to India in December 2018 that it will provide a $1.4 billion credit line and budgetary support, significantly representing the same amount the country owes China.

But India faces significant economic problems of its own which will inevitably be exacerbated by the virus crisis and likely worsen as Modi’s government moves to put its 1.3 billion people under lockdown.

China, meanwhile, now claims to have contained its Covid-19 crisis, which erupted in January before spreading worldwide and is looking outward again to resumed stalled ties and initiatives, including under the BRI.

The Maldives, some analysts suggest, will likely be high on Beijing’s agenda in that new outward push. Minister Naseem, for his part, acknowledges that with or without the virus crisis, China’s role in the Maldivian economy is crucial.

He described Sino-Maldivian relations as being based mainly on trade and commerce, while “our ties to India are stronger” because they are rooted deeply in cultural and social history.

“Both kinds of relations should be maintained and nurtured,” he said, emphasizing that the Maldives has security-related issues that ties it to India and that the island nation still has no such agreements with China.

Analysts wonder whether that will change, particularly if Beijing seeks to leverage the high debts a suddenly economically desperate Maldives owes to secure a type of strategic foothold on the island nation. 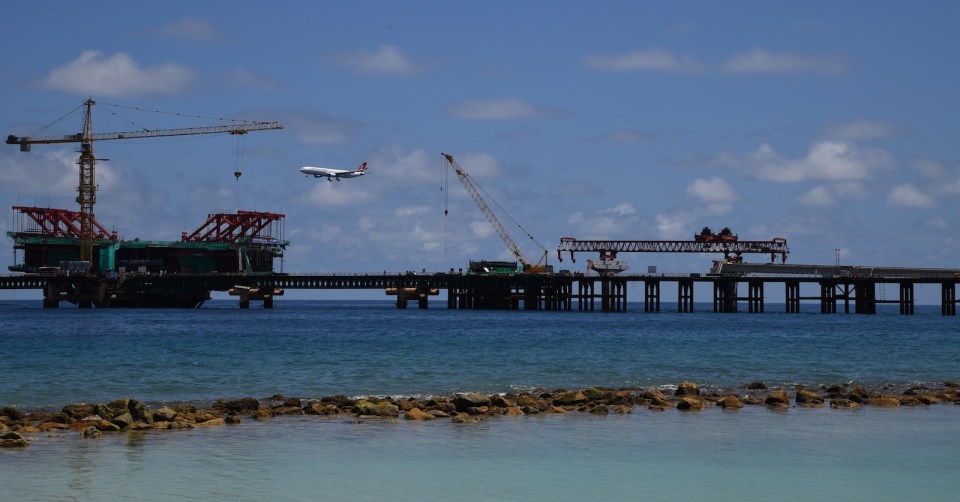 The China-Maldives Friendship Bridge being built near the city of Male in a file photo. Photo: AFP

China now has a military base in Djibouti, its first such overseas facility, a 99-year lease at Sri Lanka’s Hambantota port and financial holds over Pakistan’s Gwadar and Myanmar’s Kyuakphyu ports.

These strategically linked projects, once up and fully operational, will make China into an Indian Ocean power, a reality that the Maldives can hardly ignore.

While the Maldives grapples with its own coronavirus crisis and mounting losses to its quarantined tourism industry, China can be expected to seek strategic opportunity in the island nation’s economic crisis.