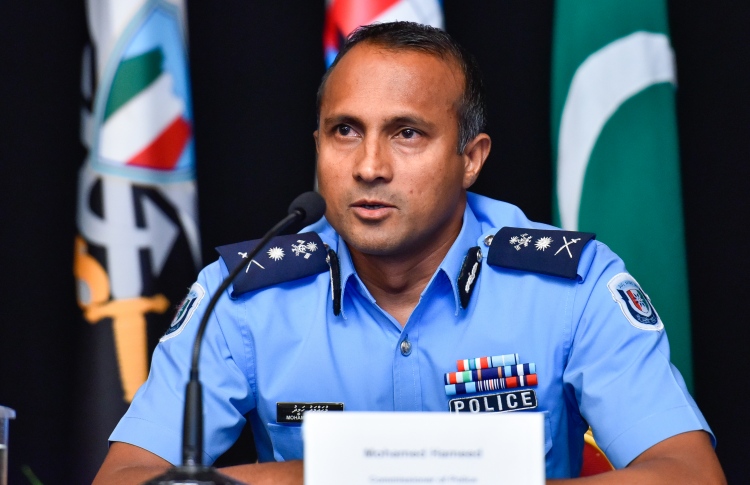 Maldives Police Service’s Professional Standards Command (PSC) is investigating the police handing of the alleged sexual assault of a Kenyan expatriate on a safari docked at Hulhumale’ lagoon.

Commissioner of Police (CP) Mohamed Hameed confirmed on Tuesday that PSC was probing allegations of misconduct, along with National Integrity Commission (NIC) and the Human Rights Commission of Maldives (HRCM).

Police handling of the alleged sexual assault on a Safari boat is being investigated by MPS’ Professional Standards Command, NIC and HRCM. I have always believed in and continue to inculcate the idea that each sworn officer has to operate independently in the discharge of duties.

Noting that the exercise of police powers and discretion by officers are derived from law and established legal procedure, Commissioner of Police (CP) Mohamed Hameed expressed that he was “eagerly awaiting the outcome of the inquiries into this case”.

“I have always believed in and continue to inculcate the idea that each sworn officer has to operate independently in the discharge of duties”, he declared.

Some local media reported the victim’s story, in which she recounted that she was raped and threatened by the perpetrators who claimed that they were “politically very powerful people”.

However, Police later issued a statement refuting these reports, maintaining that the victim was not raped but sexually assaulted, and was receiving assistance from the Victim Support Department.

According to the police, the victim assured them that she had not given any interviews to local media outlets and that she had requested for her pictures and personal information be removed from the online platforms.

Following the police statement, the victim also told local media Mihaaru that the perpetrators only groped her, adding that she did not wish to pursue charges against them.