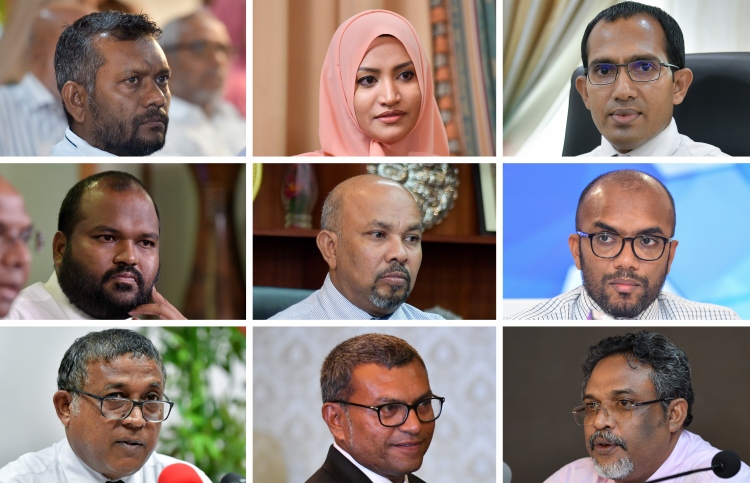 State prosecutors on Thursday, raised charges against Minister of State for Tourism Dr Ahmed Solih, over allegations of abuse of power, at the Criminal Court.

Implicated in the MVR 1.3 billion graft of Maldives Marketing and Public Relations Corporation (MMPRC), the now-suspended Dr Solih had served at the Ministry for well over 25 years.

According to the prosecution, he allegedly abused his authority regarding the contract leasing of an island under investigation by the Presidential Commission on Corruption and Asset Recovery, as well as additional three lagoons.

Per the state, Dr Solih had presented false information to investors, stating that no investigations were ongoing over the locations. However, the prosecution maintains that the ministry was given explicit instructions to refrain from transferring the head lease of the properties to any other parties.

In response, state prosecutors noted that Dr Solih had, while fully aware of the instructions given by the presidential commission, deceitfully communicated with interested parties and had agreed to sublease an additional lagoon under state ownership.

Referring to the penal code, the lawyer questioned as to how, under the context of the charges, Dr Solih had used his authority as a public official for the purpose of obtaining a benefit for himself or for another person.

Prosecutors noted that Dr Solih’s decision to sublease the properties, while completely aware of the ongoing investigations and instructions by the state, can be considered to have ill intentions.

Cabinet speaks to the defence of Dr Solih

Following Shair’s refutation of the charges against the state minister, the state presented several documents and brought forth two ministry employees to provide testimony supporting the accusations.

Prosecutors then claimed that evidence could be submitted without stating the purpose, to which Shair had noted that the named witnesses were members of the Cabinet’s ‘Economic Council’, named in order to prove Dr Solih’s innocence.

Presiding over the case, Criminal Court Judge Ibrahim Ali affirmed that the case could be pursued, urging both prosecutors and defendant to submit evidence to support their claims.

Although witnesses were named, Judge Ibrahim Ali said that the court would decide on the summons at a later date.