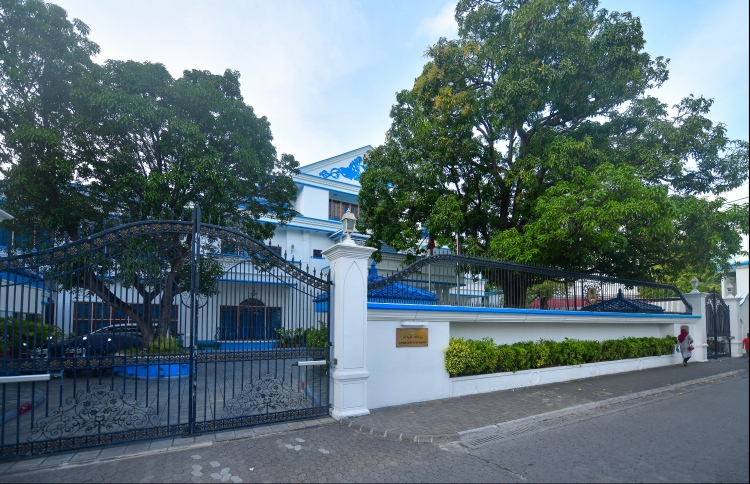 The Supreme Court, on Thursday, declared in a verdict that authorities cannot deprive people of their human rights citing probably cause.

The court made the declaration while upholding the High Court’s decision to overturn the life sentence imposed by the Criminal Court on Hussain Sobah of Maduvvari, Raa Atoll over drug possession.

The apex court declared in its verdict that the police had acquired the evidence presented in the case by unlawful means.

In 2011, the Criminal Court sentenced Sobah to 25 years in prison over two kilograms of illegal narcotics discovered inside his workplace.

Following a tip, the police’s Drug Enforcement Department (DED) recovered the drugs while searching Sobah’s office, after police personnel apprehended him and one of his acquaintances on the road and brought them back to their workplace.

However, as the police had conducted the inspection without a search warrant, the Criminal Court’s verdict was overturned when the case was appealed at High Court.

Section 47 of the Constitution states that “no person shall be subject to search or seizure unless there is a reasonable cause” and “residential property shall be inviolable, and shall not be entered without the consent of the resident, except to prevent immediate and serious harm to life or property, or under the express authorisation of an order of the court”.

The state argued that authorities searched Sobah’s office with probable cause under Section 9 of the Police Act.

This section states that police officers shall have the authority to stop and question persons, arrest persons on suspicion of crime, conduct searches, obtain samples from suspects, uncover evidence, maintain and safeguard the same, investigate criminal acts, detain suspects held for investigation, and extend the period of detainment for suspects.

Therefore, the apex court ruled that the police acted in violation of Section 47 of the Consitution by inspecting Sobah’s office without a search warrant, and upheld the decision of the High Court to overturn the life sentence imposed on Sobah by the Criminal Court.

The Supreme Court’s verdict heavily criticised Maldives Police Service, noting that the police must ensure that properties and residences are searched and goods seized within the limits of the law.

Otherwise, the judicial system fails to convict criminals and protect society from their offences, the Supreme Court said.

“If an opportunity was granted to cast aside freedom and basic rights in the name of good intentions, there is a higher chance of state institutions taking advantage of it”, added the court.

The unanimous conclusion by the three judges presiding the case, Dr Admiralda Zahir, Aisha Shujoon and Mahaaz Ali, described it as a lesson on how perpetrators go free when authorities fail to follow the Criminal Procedure Code.

“Therefore, the society will be saved from such crimes if police conducted their investigations and operations within the limits of the law”, the verdict read.

Although Sobah’s 25-year prison sentence was overturned by the Supreme Court, he is currently serving 10 years following conviction in another drug case.