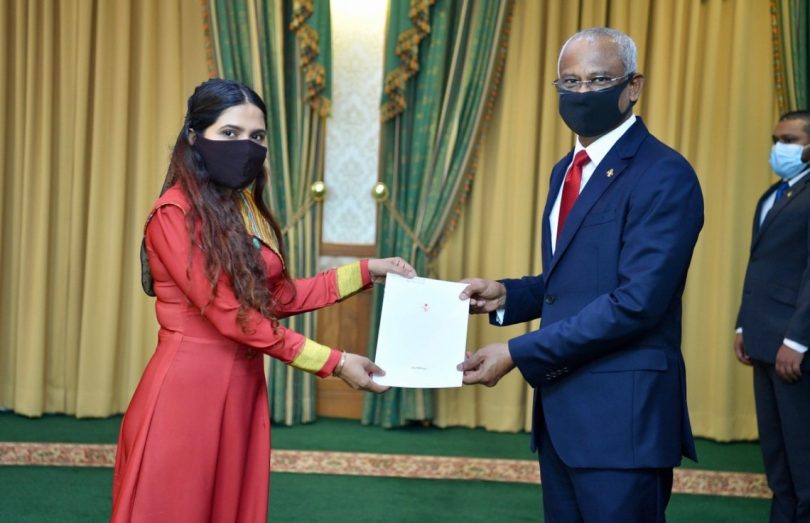 Ameena was presented with her letter of appointment by President Solih at a special ceremony held in the President’s Office.

Across her over a 13-year career in journalism, Ameena was a recipient of the Maldives Media Council (MMC)’s journalism award on two occasions.

The parliament approved of her appointment on June 9. All 63 parliamentarians attending the session voted in favour of the decision.

Former Broadcom members Ismail Sofwan and Hassan Nabaah resigned last year when the Parliament’s Committee on Independent Institutions moved to dismiss them, following a probe into questionable activities by the commission. The Parliament also voted to sack the commission’s then-vice president Fathimath Zaina.