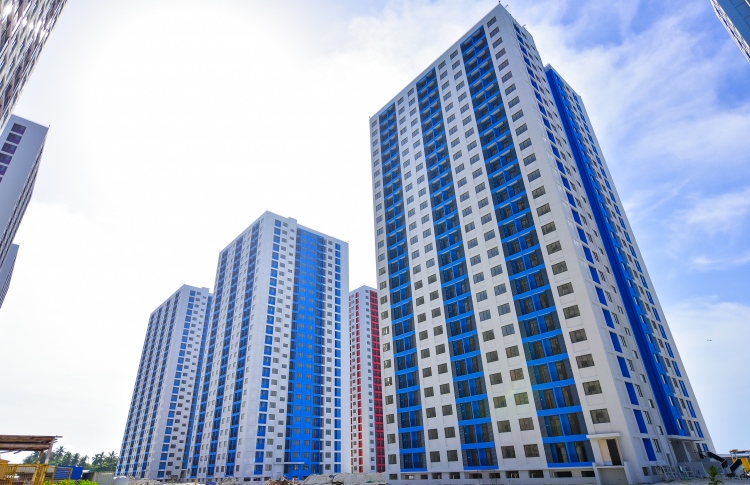 The main opposition Progressive Party of Maldives (PPM), on Sunday, revealed that the party will provide free legal representation to the flat recipients, under the ‘Hiyaa Public Housing Project’ announced in the former administration, who was omitted from the new housing list finalised by the incumbent government.

Speaking at a news conference held at PPM’s office, the parliamentary representative for Raa Atoll’s Maduvvari constituency Adam Shareef Umar stated that providing housing was the biggest priority during the former PPM administration.

During former President Abdulla Yameen Abdul Gayoom’s tenure, 7,000 recipients for the Hiyaa Flats were chosen, but MP Shareef accused the current administration of attempting to rob the flats from its rightful recipients.

“We believe that everyone should work towards ensuring rights that are violated. Therefore, we believe that it is important for this legal affairs department to ensure the people’s rights and hold the government accountable”, MP Shareef said, regarding the newly established department.

Although the former defence minister believes that the judiciary was “paralysed” and the Judicial Service Commission has been “hijacked”, he assured that the opposition will fight for the flat recipients who were “robbed” from their housing opportunity.

He further claimed that omitting certain recipients was equivalent to an unlawful violation of a binding agreement.

Former Chief Magistrate Mohamed Raagib Ahmed, who resigned from his position following the judicial watchdog’s decision to sack him, stated that legal aid will be provided from 1400 to 1800 hrs every day for a week.

However, this duration may be extended based on public demand.

Those seeking help must attend the party office with their identity card and documentation to prove they are a Hiyaa Flat recipient.

Compared to the previous allocations of the 7,000 social housing units contracted by Yameen’s government, the incumbent administration will distribute 233 apartments to doctors and nurses, as opposed to the 475 previously allotted. According to Housing Minister Mohamed Aslam, although more than 400 had applied for the flats, less than half scored the 50 per cent marks required to qualify and the 233 recipients are those that met the criteria.

Further revisions include the 523 flats to doctors compared to the 625 allotted before, and 1,772 flats to Male’ residents in contrast with the 1,000 allotted previously.

Although the lists of only four categories have been publicised so far, Housing Minister Mohamed Aslam assured that the temporary lists of the remaining categories will be publicised upon completion of necessary assessments.

In response to growing criticism over setbacks in disseminating the list, Minister Aslam previously stated that delays were caused by a committee member testing positive for COVID-19 and subsequent quarantining of committee members as close contacts.

The minister had also earlier claimed that the list would be publicised at the end of July, as guaranteed by the committee.