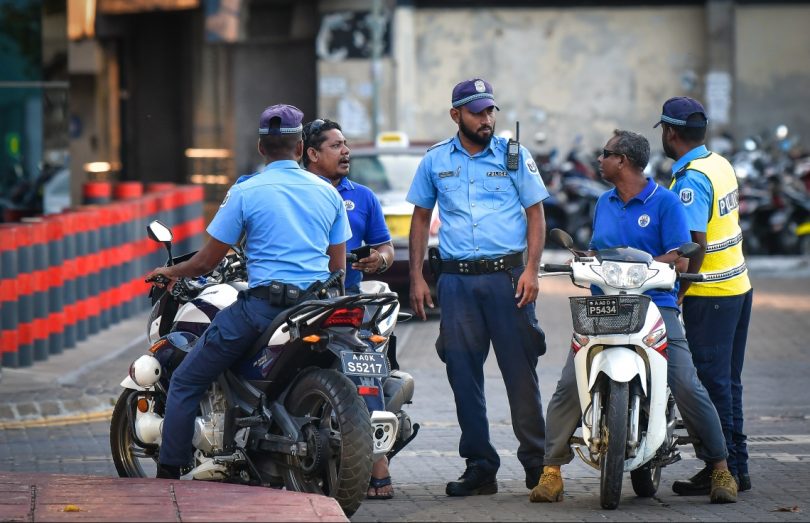 According to Police, a search spanning over residence in capital Male’ and reclaimed suburb Hulhumale’ is underway, conducted in collaboration with the Anti Corruption Commission (ACC) and the Presidential Commission on Corruption and Asset Recovery.

Following the conclusion of the operation, details about the findings will be revealed by ACC.

Police have previously conducted similar joint operations with the Presidential Commission on Investigation of Murders and Enforced Disappearances as well. However, no individuals have yet been charged following these investigations.

Investigations into the MMPRC scandal commenced in 2015, and several cases were forwarded to the Prosecutor General’s Office last year for indictment.

Although police claimed that authorities have collected evidence of corruption, investigations have proceeded at a snail’s pace, and only a few individuals have been charged during the past half-decade.

Both of these suspects are currently under house arrest.

Out of those heavily accused of their involvement in embezzling the MMPRC state funds, only former President Abdulla Yameen Abdul Gayoom is serving jail time.