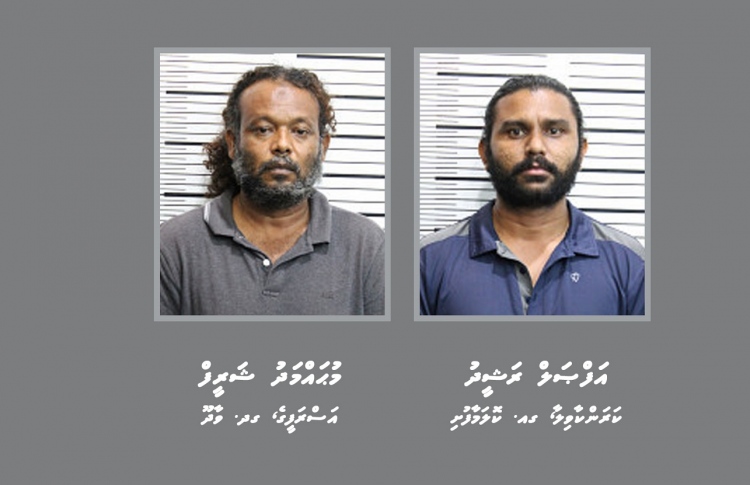 Maldives Police Service on Thursday, revealed the identity of the two suspects arrested over alleged drug trafficking, while announcing the extension of their remands for a second instance by the Criminal Court on June 30.

According to authorities, the individuals were identified as Mohamed Shareef from Vaadhoo, Gaafu Dhaalu Atoll and Afzal Rasheed from Kolamaafushi, Gaafu Alif Atoll, aged 43 and 33 respectively.

In the sting operation run by the Drug Enforcement Department, 6.8 kilograms of cannabis were confiscated after authorities inspected five residences in reclaimed suburb Hulhumale’.

While three individuals were initially arrested following the discovery of illegal substances at their residences, one was released after authorities were unable to find narcotics at the suspect’s residence.

Commissioner of Police Mohamed Hameed noted that the street value of the seized narcotics was at an estimated MVR 5.6 million.

Police further noted that two of the suspects were part of a drug network, adding that certain individuals linked to the network had been previously been arrested.

Under Maldivian law, drug trafficking is a serious criminal offence punishable by life imprisonment and carries a hefty fine in the range of MVR 100,000 (USD 6485) to MVR 1 million (USD 64,850).