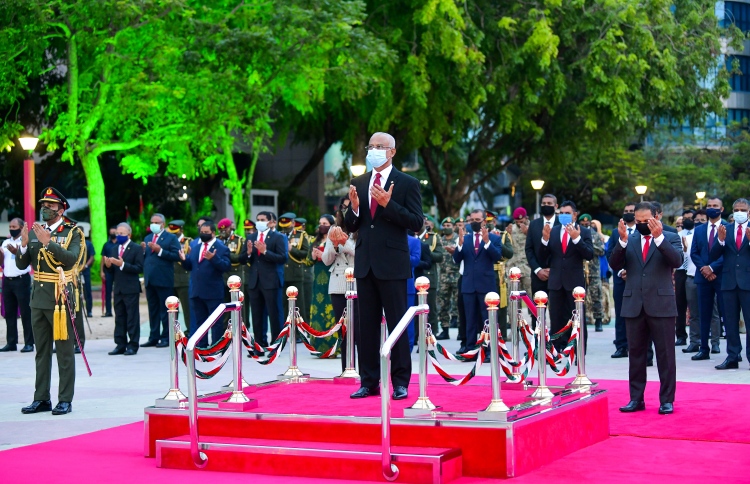 The incident concerns an individual calling for President Solih to be ‘burned’ or ‘set on fire’, during a TV programme which was broadcasted live across the nation. Videos depicting the threatening call are currently in circulation across social media platforms.

The Maldives Broadcasting Commission (BroadCom) also announced an investigation into the matter on Friday, stating that it had received reports that Channel 13 had permitted the broadcast of violent threats against the president.

Channel 13 has issued a public apology for its broadcast and has asserted that the individual’s statements were solely his personal opinions.

On social media platforms, several have condemned the threats against President Solih as hate speech and an act of terrorism.