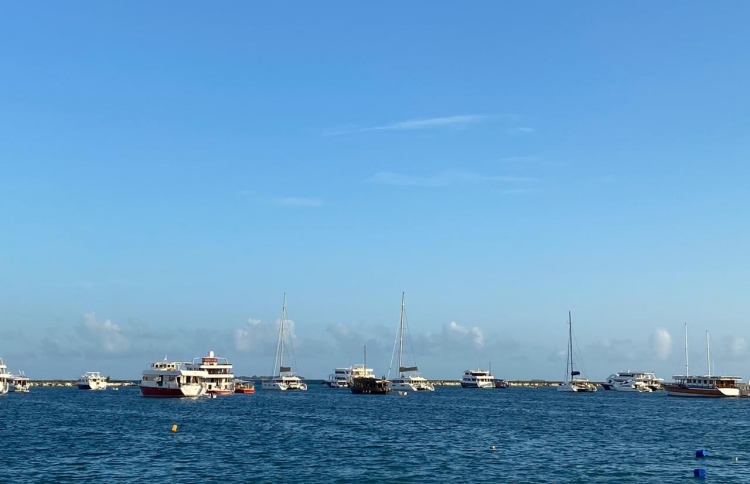 Maldives Police Service, on Sunday, released a statement on the recent sexual assault of an expatriate worker that took place aboard a safari vessel docked at Hulhumale’ lagoon.

According to the police, the incident involved a 27-year-old woman and occurred on June 25. It was reported directly by the survivor, on the following day at approximately 0500hrs.

The police have stated that officers had collected information from the victim at the Hulhumale’ jetty area.

Reportedly, the woman, having been invited aboard by a friend, was sexually harassed and assaulted by two men on the safari. After the woman jumped off the vessel in an effort to escape the onslaught, she was picked up by a dinghy and transported to the jetty.

The two men, both aged 39, were arrested at the scene. However, they were later released with the authorities claiming, based on the information collected, that detaining them until the investigation concluded, would be unnecessary.

Per the statement, the woman was subsequently taken to the hospital and is receiving assistance from the Victim Support Department.

Further, authorities said that when police officers later reached out to clarify matters, prompted by the spread of media reports contradicting her account, the victim reconfirmed that the information she had initially given was accurate.

According to the police, she assured them that she had not given any interviews to local media outlets and that she had requested for her pictures and personal information be removed from the online platforms.

Referring to the above, police then urged all media to refrain from publicizing false claims or revealing information in a manner that may cause harm to a victim. Police also called on the public to verify facts before sharing posts on social media.

The police concluded the statement pledging that a thorough investigation would be conducted, free from undue influence.

Human Rights Commission of Maldives (HRCM) and the Parliamentary Committee on Human Rights and Gender have also begun investigations into the case.

At present, photos are being circulated on social media, claiming that one of the alleged rapists is connected to politicians serving in the incumbent administration.

The police have yet to address claims concerning the identity of the alleged perpetrators, maintaining that details concerning suspects could not be released as the investigation was ongoing.