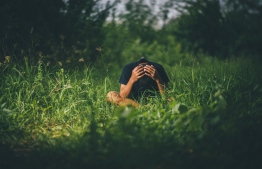 Maldives Police Service (MPS) revealed on Wednesday that two local males were arrested on Tuesday over sexually abusing a minor.

According to Police, the two men, aged 28 and 37, were taken into police custody under a court order following a report lodged on June 4 concerning vile acts against a 16-year-old male.

Police confirmed that probing the matter revealed that the minor was sexually abused over a period of time.

The case was reported from an island located within the North Police Division, which comprises the atolls of Noonu, Raa, Baa and Lhaviyani.

However, authorities did not reveal the specific island or atoll in order to protect the identity of the victims.

Assuring that further investigations were underway, the police reiterated that utmost seriousness is accorded for all cases involving sexual violence against children.

This is the third case of sexual assault confirmed by authorities within the past week alone. Police arrested a 28-year-old male employed as a Quran teacher on Monday morning over allegations of sexually abusing multiple underage students.

Police also revealed that multiple reports were filed against an alleged sexual predator known to be operating under the guise of a ‘Ruqyah’ practitioner.

Reports of child sexual abuse surged early this year, following the surfacing of a case concerning a two-year-old abused by her grandfather and great-grandfather in Kanduhulhudhoo, Gaafu Alif Atoll.

The parliamentary investigation also highlighted considerable delays in both police investigations and court procedure, noting that 70 per cent of all concluded cases from the last 15 years took more than a year to complete.