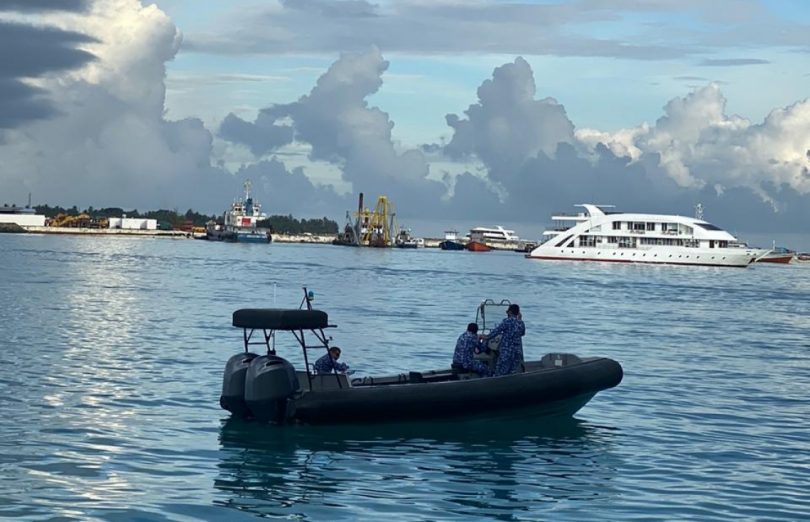 Maldives Police Service on Sunday revealed that an individual was arrested for violating travel ban restrictions currently implemented over the global COVID-19 pandemic.

The 32-year-old local male was taken into custody after he was found to have stepped off a safari, ventured into the reclaimed suburb Hulhumalé and had given false information to the authorities. The man was identified as being an employee of the safari, which was docked at Hulhumalé’s harbour at the time.

Authorities disclosed that Hulhumalé Magistrate Court added five days to his remand period and offered assurances that an investigation was currently underway.

These attempted breakouts come in the wake of Health Protection Agency (HPA)’s announcement on March 15, banning all travel between resorts and inhabited islands for a 14-day period in response to the ongoing COVID-19 pandemic. It also applies to safaris and liveaboards that were welcoming guests onboard at the time. The ban was implemented under the state of public health emergency declared in the Maldives on March 12, on the order of Director General of Public Health Maimoona Aboobakuru.

As earlier stated, Maldives has since moved to quarantine areas with suspected cases, and isolate suspected and confirmed cases alike. Although the Maldives banned the entry of cruise ships late February, it was not until Saturday that the bans affected guests checking into liveaboards and safaris, after HPA declared all inbound passengers, with exception to tourists checking into resorts, would be placed under observation at a designated facility.

However, despite significant public pressure to do so, and although all movement from resorts to islands is now restricted, the country is yet to issue a lockdown blocking all incoming travel from other countries.

As such, resort employees currently face the highest risk of exposure to the virus.

The Maldives currently has 13 confirmed cases of COVID-19 and 10 active cases. The country recorded its first two recoveries on Friday, and the third this Saturday. No Maldivians have tested positive for the virus as of yet. So far, only tourists and resort employees have confirmed infections with no local transmissions.

The World Health Organization has classified the spread of COVID-19 as a global pandemic. The novel coronavirus has infected more than 308,400 and claimed over 13,000 lives around the world. Out of those infected, more than 95,800 have recovered.