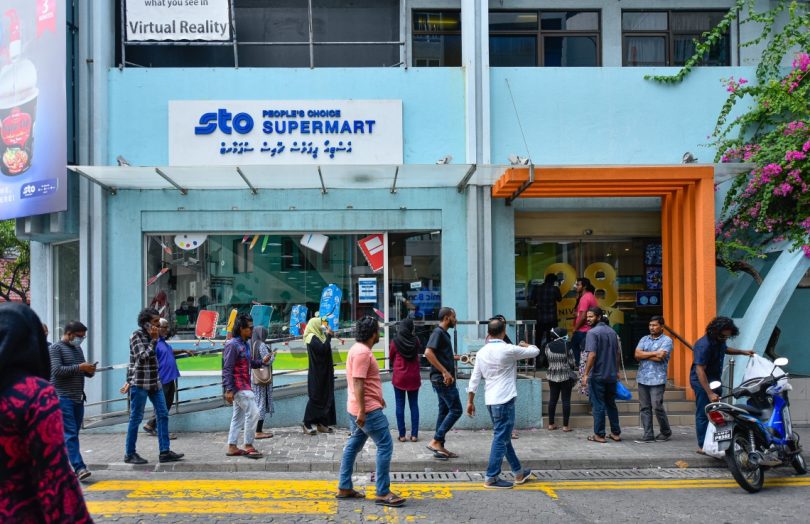 People queue up in front of STO Supermart after HPA announced the first COVID-19 case detected in capital Male’ City on April 15, 2020. PHOTO/MIHAARU

Police arrested a Maldivian man on Wednesday afternoon over assaulting an expatriate doctor inside STO Supermart in capital Male’.

Maldives Police Service stated that they received a report of the crime around 1325 hrs. The 49-year-old Maldivian man was apprehended after he struck the doctor, a Sri Lankan national, in the face.

The victim suffered a wound under his left eye.

Police stated that they were investigating the assault further.

Although authorities did not provide further details, some citizens have claimed on social media that the assault took place after several people queued up at the supermarket following the announcement of Male’ City’s first positive case of COVID-19 earlier the same day.