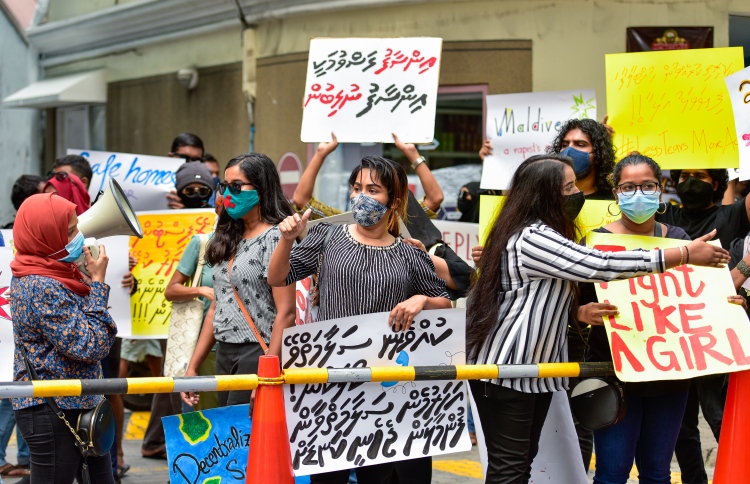 Maldives Police Service, on Friday, revealed that authorities arrested an immigrant suspected of sexually assaulting a woman that visited a pharmacy in capital Male’.

According to police, the foreign male, aged 50, was remanded for 10 days at a facility determined by the Ministry of Home Affairs.

Police received reports of a customer being sexually assaulted in a Male’ pharmacy on Thursday night.

Although no further details were revealed about the case, police assured that an investigation is underway.

Protesters demanding justice for rape and sexual assault victims held demonstrations last month in front of Ministry of Gender, Family and Social Services as well as the roads of capital Male’, following an upsurge of reported cases and alleged misconduct of police during investigations. Participants of #JaagaEhNei protest rallied against impunity and selective justice while Voice of Children (VOC)’s organisers called for police reform.