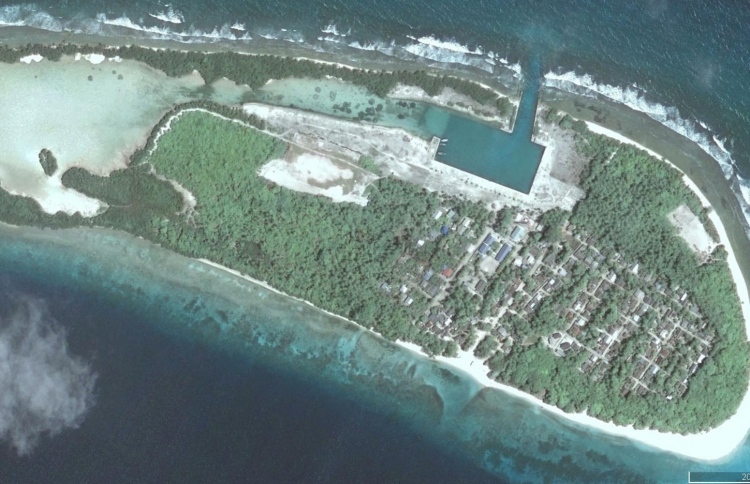 Maldives Police Service revealed on Monday that two Maldivians were arrested for travelling between two islands in Noonu Atoll without a permit amidst the travel ban implemented to contain the spread of COVID-19 in the country.

According to Police, two local males, aged 29 and 37 travelled from Maalhendhoo to Kendhikulhudhoo, an island currently placed under monitoring following a ‘contact tracing’ process by the Health Protection Agency (HPA), around 0053hrs early Sunday.

Police stated that they left Maalhendhoo on a small boat, without permission from the vessel’s owner or the island’s task force.

They were taken into police custody from the crime scene, upon returning to Maalhendhoo from Kendhikulhudhoo.

Although no further details about the incident were revealed, authorities assured that the matter was currently under investigation.

On April 16, HPA declared a travel ban on all islands across the Maldives as a precautionary measure to contain the spread of COVID-19 in the country.

This was in addition to the lockdown imposed on greater Male’ region from April 15 till May 1.

Authorities tightened the precautionary measures amidst the pandemic following the first confirmed case of community spread in Male’ City, MAV021, a local female with no recent travel history, who presented to the flu clinic in Male after developing symptoms. She was tested positive on April 15.

As of now, Maldives records 245 confirmed, 228 active and two probable cases of COVID-19, with a total of 17 recoveries.

The World Health Organization (WHO) has classified the spread of COVID-19 as a global pandemic. The new strain of novel coronavirus has infected over 3 million people and claimed over 211,960 lives around the world. However, out of those infected, more than 925,857 people have recovered.