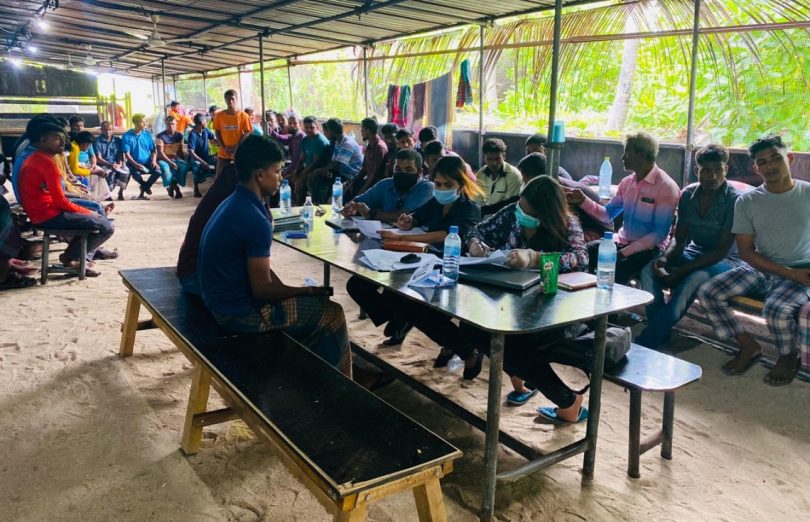 Public Interest Law Centre (PILC) filed a request at the Employment Tribunal last Thursday, seeking compensation for the unpaid employees of RIX Maldives Pvt Ltd and arrangements for their repatriation.

The law firm, which is providing pro bono legal assistance to the expatriate staff of RIX, disclosed that the claim was filed on behalf of 200 employees of RIX including 198 migrant and two Maldivian staff, against the company and its two directors.

PILC’s request seeks an order from Employment Tribunal for RIX Maldives to pay the pending salaries of the staff all at once, pay damages for neglecting their wages for several months, and facilitate arrangements to repatriate expatriate workers that wished to return to their home countries.

According to PILC, the issue of the unpaid migrant workers employed by RIX Maldives for the construction work on Bodufinolhu, Baa Atoll, was brought to their attention on July 3, a day after they staged a protest over the issue, which coalesced in a hostage situation where local staff were barred from leaving the island.

PILC stated that a team of its lawyers met with the expatriate workers on-site at Bodufinolhu as well as the 19 who were arrested after the hostage situation. During the discussions, the migrant workers requested PILC to file a claim on their behalf, further revealing that some of the Maldivian staff on Bodufinolhu were also unpaid.

The law firm stated that they met with the Labour Relations Authority and Maldives Immigration to acquire all information and documents necessary to lodge a civil claim.

PILC also noted that they submitted a letter to the Ministry of Economic Development which is yet to receive a response.

Moreover, PILC had met with representatives from RIX Maldives in an attempt to resolve the issue “which was not successful”.

Concluding the statement, PILC strongly condemned acts that violated the basic rights of workers. The law firm said that they were receiving more complaints of a similar nature and they were working to provide legal assistance and provide justice.

They further called on all state institutions to look into such serious concerns and take strict action in order to protect workers’ rights.

RIX Maldives, a company owned by the parliamentary representative for Shaviyani Atoll’s Milandhoo constituency, Ali Riza, was contracted by Seal Maldives in 2019 for the construction work of Bodufinolhu, which is being developed as a luxury resort.

On July 2, 203 expatriate workers of RIX protested over six months of unpaid wages, holding 13 local staff hostage on the island. Maldives Police Service arrested 19 individuals during the operation to de-escalate the hostage situation, and they are currently detained in Dhoonidhoo Prison. 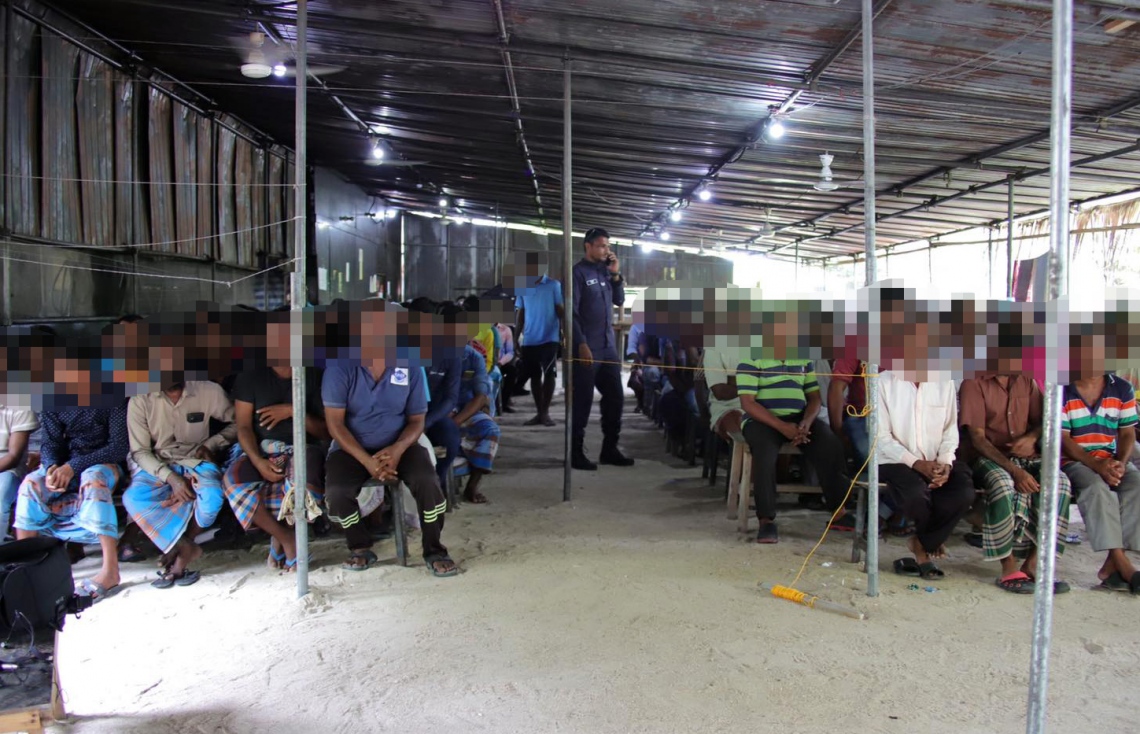 Although the Thulhaadhoo Magistrate Court issued an order for RIX to extradite the expatriates from Bodufinolhu last Thursday as per the request of Seal Maldives, RIX has refused to claim responsibility for the expatriate workers over alleged misidentification of the company.

RIX also stated that they were unable to claim the migrant workers as the police had formally accused the company of human trafficking and exploitation earlier this month.