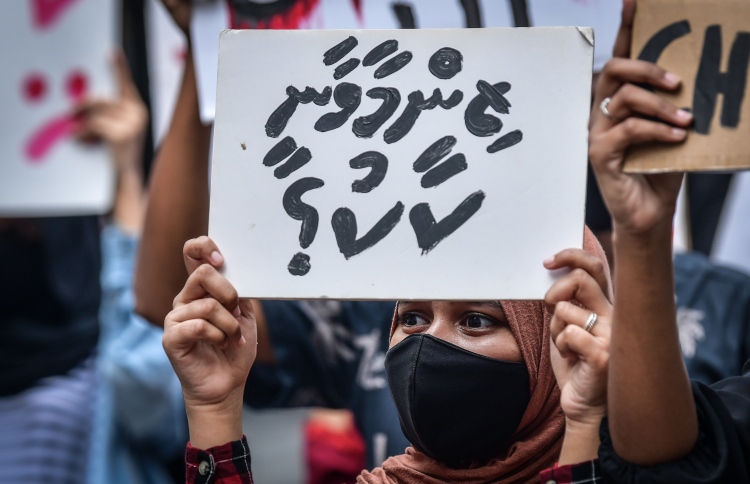 Prosecutor General’s (PG) Office, on Wednesday, filed charges at the Criminal Court against a man suspected of raping and impregnating a minor with special needs.

Ibrahim Shafiu, aged 37, of Feeali, Faafu Atoll was charged under Section 9 of the Special Provisions Act to Deal with Child Sex Abuse Offenders, for carrying out a sexual act as a person in a position of trust.

According to PG Office, Shafiu, who is reportedly married to a relative of the victim, will be imprisoned for a period between 15 to 18 years if convicted of the charges.

Police previously stated that Shafiu, who was arrested on July 2, will be detained until the end of his trial under an order by the Nilandhoo Magistrate Court in Faafu Atoll, as there was “danger of the accused absconding or not appearing at trial, the protection of the public, or potential interference with witnesses or evidence dictates otherwise”.

The minor involved in the incident was taken under the protective custody of the state to ensure a safe environment.

Local media Mihaaru reported that the impregnated victim has now undergone an abortion, with the advice of healthcare professionals.

Mihaaru further reported that psychologists and doctors agreed that abortion was the best course of action for the victim, as her mental health and physical limitations do not allow her to bear and raise a child.

The case is one among a number of child sexual abuse cases that recently surfaced in the country, including another case of rape and impregnation.

Meanwhile, the police have warned over increasing incidents of child abuse and exploitation, including those with disabilities and special needs, urging parents and guardians to be aware and report any such cases to the police’s Family and Child Protection Wing at +960 3000600 or the Ministry of Gender, Family and Social Services at 1412.