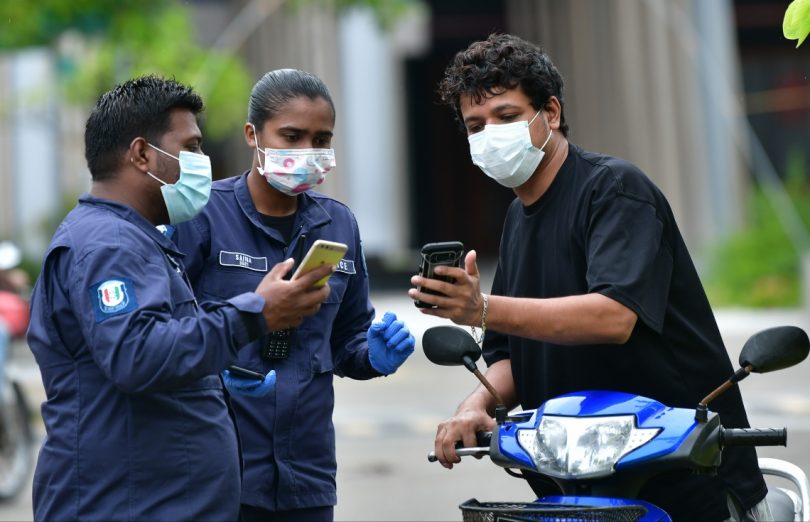 The Prosecutor General’s Office, on Tuesday, announced it was not pressing charges against the individuals arrested for violating the lockdown measures, which were implemented across capital city Male’, in response to the local COVID-19 outbreak.

During the citywide lockdown imposed from April 15 to June 15, a total of 9,600 individuals were fined for violating restrictions, while 582 individuals were arrested for repeated infractions. Maldives Police Service forwarded 312 cases to the PG Office, seeking charges.

According to a statement issued by the PG Office, charges that were previously filed would be withdrawn, while the pending cases forwarded by the police would not be actioned.

However, PG revealed to have determined that relevant authorities would continue collecting fines imposed over lockdown violations.

The fines are being collected by the Maldives Inland Revenue Authority (MIRA).

Highlighting that a number people left stranded in Male’ by the lockdown measures had legitimate reasons for leaving their homes, the PG Office stated that the decision was intended to ensure all individuals that had committed violations would be penalized in an equitable manner.

The PG Office further noted that including the lockdown violations on individual criminal records would not serve public interests during the prevailing circumstances, as several people had lost their jobs amid the pandemic and were subsequently facing financial difficulties.

Authorities imposed an MVR 1,000 fine on individuals found to have ventured outside of their home, without clearance, during the lockdown period. Individuals that repeatedly violated the regulations enacted on the greater Male’ region were taken into custody.

Following a sustained increase in recoveries, the state initiated efforts to steer the country towards a ‘new normal’.

As part of the phased easing of lockdown restrictions across the Greater Male’ Region, the unrestricted movement was permitted from June 15 onwards while government offices and businesses including shops, cafe’s and restaurants restarted services on July 1. Authorities reopened Maldives’ borders for tourism on July 15.

The number of COVID-19 cases has since increased with the total amount of recovered patients falling from 86 to 79 per cent.

On March 12, WHO classified the spread of COVID-19 as a global pandemic. To date, the new strain of novel coronavirus has infected over 14.7 million people and claimed over 610,700 lives around the world. However, out of those infected, more than 8.7 million people have recovered.