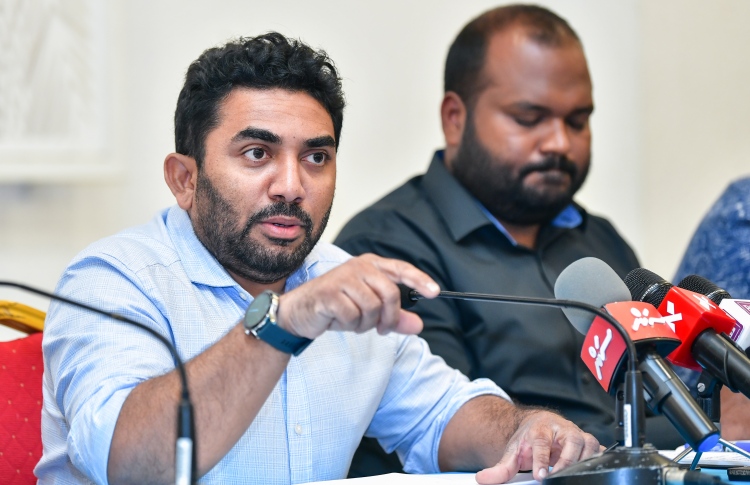 Jumhooree Party (JP), on Monday, asserted its endorsement of exacting redress over individuals serving in government positions as party representatives, should they be found guilty of any crimes.

JP Chief Spokesperson and Minister of State for Communications, Science and Technology Ali Solih asserted that the coalition partner would not scrutinise any action taken by President Ibrahim Mohamed Solih against political appointees, expressing confidence that such measures would only be implemented with probable cause.

Solih then went on to reiterate his stance against impunity, saying that any government official must face repercussions for illegal actions, whether or not the individual is a JP representative.

The spokesperson made the above statements in response to a question posed by a journalist regarding corruption concerns raised against the Ministry of Tourism and the Ministry of Health. Both ministries were led by JP representatives during the period in which the highlighted issues occurred.

On Sunday, the Auditor General’s Office publicized its compliance audit report conducted over the country’s COVID19 response, flagging numerous issues within expenditures made by the health and tourism ministry.

Per the audit, the tourism ministry spent MVR 26 million between January and June 2020 for purposes not included under the ministry’s mandate. The Auditor General’s Office also highlighted that the steering committee of the tourism ministry’s trust fund did not approve COVID-19 related expenditure as stipulated under standard procedures.

Although JP representative Minister Ali Waheed was the head of the tourism ministry from January to June 2020, he was dismissed over sexual misconduct charges in July. The move has drawn public criticism, as the government’s actions over Waheed stand in contrast to decisions made over similar allegations levied against ruling party representatives.

With regards to the health ministry, the audit revealed that agreements signed with Naadu Pvt Ltd and MedTech Maldives Pvt Ltd to acquire a total of 76 ventilators, were formulated in a manner damaging to the state and seemingly, deliberately steered towards enriching certain entities.

Additionally, the audit noted that the ministry’s negotiations with Dubai-based Executors General Trading LLC, to procure 75 ventilators for MVR 34 million, were rife with corruption. This includes the ministry’s claims that the order was placed following a recommendation by the World Health Organisation (WHO).