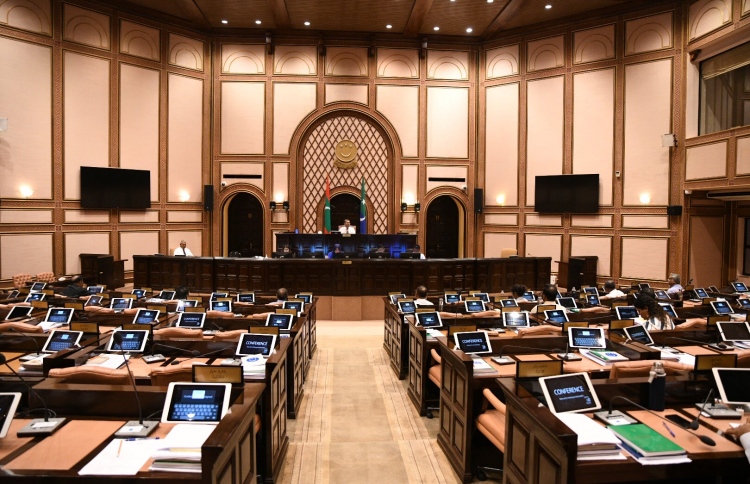 The Parliament, on Sunday, went into recess after concluding the second term, stating having resolved up to 68 per cent of the work taken on for the year.

Whilst concluding the last sitting, Deputy Speaker of Parliament and ruling party representative of Galothu North constituency Eva Abdulla listed the Parliament’s accomplishments during the term.

Moreover, the Parliament also voted on 29 other motions spanning over two terms, in addition to summoning ministers for questioning on 30 different occasions.

The most noteworthy works of the term include amending the Land Transportation Act, the Employment Act and the Criminal Procedure Code, finally categorising rape and sexual assault of minors as a major criminal offence.

Moreover, the Parliament also approved the Consumer Protection Act, the Competition Act and the Legal Profession Bill amongst a few others.

With 67 sittings, this Parliamentary term records the highest number of legislative sessions held since the current Constitution came into effect.

The Parliament jumped from term one to term two without a recess period, due to the urgency in expediting certain legislative work made necessary by the unique circumstances posed by the ongoing COVID-19 pandemic.

The second term was further extended twice. The last extension was made to reapprove the newly appointed Minister of Tourism Dr Abdulla Mausoom into the cabinet.

Deputy Speaker Eva credited the institution’s administrative staff for the Parliament’s “productivity” and thanked them for their efforts.

“This Parliament was the first Parliament to hold online sessions when the COVID-19 situation across the globe shut down legislative bodies and prevented gatherings”, Eva said.

She added that the Interparliamentary Union commended the Maldives for the virtual sittings, hailing it as an example for other countries.

Although the 19th Parliament, in which ruling Maldivian Democratic Party (MDP) holds a super-majority, was described as a productive and hardworking one, many of the Parliament’s decisions raised controversy and drew public criticism.

Per social media channels, the public was not very receptive of the amendment to the Employment Act which grants only 15 days of sick leave per year without a medical certificate. The MDP Parliamentary Group shot down the menstrual leave bill as well, which sought to grant one day of leave per month, without extra documentation, to female employees.

The Parliament also rejected a resolution which sought to grant allowances for individuals that were laid off as a result of the COVID-19 pandemic. Another bill, submitted to mandate landlords to issue at least two months of notice before evicting tenants amidst the pandemic-caused financial crisis, is yet to make any progress.

Despite various debates, an amount for the minimum wage is yet to be set as well, along with criminalising illicit enrichment — two key electoral pledges of President Ibrahim Mohamed Solih’s administration.

Although the Parliament passed the legislation mandating locals to occupy at least 60 per cent of senior management positions, members voted to implement the law only five years after the amendment comes into effect.

Furthermore, no effort was made to repeal former President Abdulla Yameen Abdul Gayoom’s amendment to the Peaceful Assembly Act, which granted powers for the state to impose limitations on assemblies, although the then-opposition MDP lambasted the amendment when it was first implemented, stating it was unconstitutional and in violation of the fundamental right to assembly.

Prior to the beginning of the second term of the 19th Parliament, the Auditor General’s (AG) Office submitted the Mental Health Bill, Police Bill, Insurance Bill and Statistics Act, in addition to amendments to the Environment Protection and Preservation Act, Import-Export Act, Penal Code, Decentralisation of the Administration Divisions of the Maldives Act, Employment Act and Immigration Act.

Work on most of the aforementioned bills and amendments has yet to reach a decision.