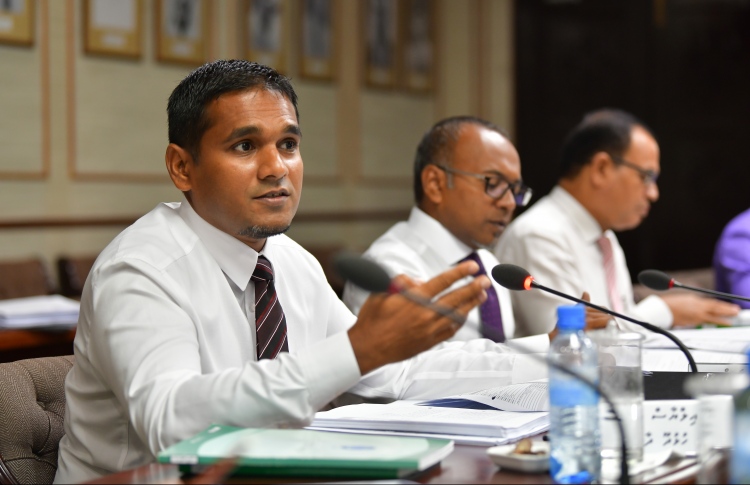 As the motion is subject to change after discussions amongst the legislative body, MP Ilyas also expressed intentions to seek the counsel of employees, employers and experts and further develop the bill.

In addition to the minimum wage, the amendments also assigned punitive fees for employees violating the rights of workers, including fees against those employing individuals without contracts and failure to disclose service charge rates to the Labour Relations Authority (LRA).

During the parliamentary debate, Maradhoo MP Ibrahim Shareef expressed that an amendment must be passed with a specific period allocated for implementation. He added that this should be applied only after the country has transitioned back to a pre-pandemic state, and prior to the subsequent economic regression.

Referring to minimum wage as a presidential pledge, Hinnavaru MP Jeehan Mahmood called for a hasty response in approving the amendment.

She also noted that minimum wage must be allocated as basic salary, exclusive of additional allowances.

Formed by President Ibrahim Mohamed Solih, the Minimum Wage Advisory Board initially suggested an overall minimum wage of MVR 6,400. According to a report released by the board, roughly 40 per cent of the Maldivian workforce were found to earn less than MVR 6000 a month.

Earlier in March, opposition-aligned Naifaru MP Ahmed Shiyam also iterated the need to eliminate sectoral differences by establishing a varied minimum wage across different sectors. However, he proposed increasing the minimum wage from the then-proposed MVR 6,400 to MVR 10,000.

Addressing public concern over the minimum wage being too low, Minister of Economic Development Fayyaz Ismail, stated that forcing an unrealistic minimum wage may drive businesses to bankruptcy, leading to possible reductions in the number of total available jobs as well as other negative consequences.

He urged the public to accept the minimum wage as decided by the state owing to the fact that wages could be amended biannually after review. In the case of an economic emergency, said review can be conducted at an earlier date.