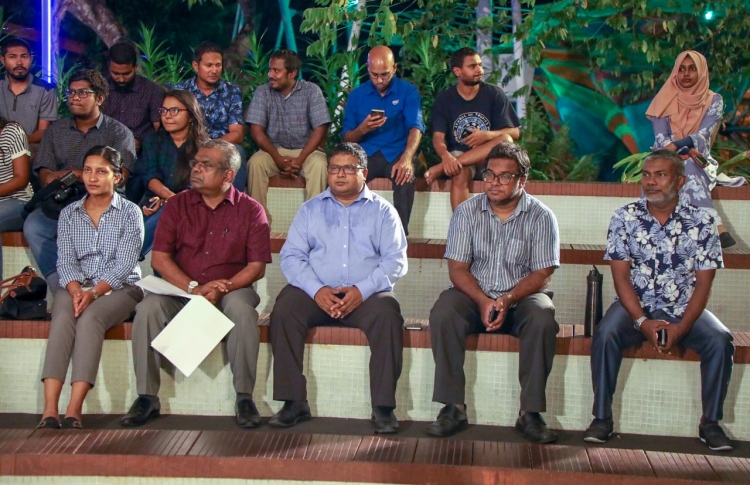 The Parliamentary Committee on Environment and Climate Change on Tuesday passed a decision to establish the Environmental Protection Agency (EPA) as an independent institution.

The decision followed the Committee meeting held in relation to the ongoing reclamation at the industrial island Gulhifalhu, Kaafu Atoll, in which 30 hectares of land is being reclaimed by the state.

Amid much criticism levied against the EPA, with many accusing the agency of being under the administration’s influence, the committee had previously highlighted the need to establish EPA as an independent institution.

In a report submitted by the committee, it proposed to take action against projects that do not adhere to mitigation measures to minimise environmental damages as stated by the Environmental Impact Assessment (EIA) reports.

The committee also called for the formulation of a temporary committee with relevant institutions to monitor the progress of the reclamation, and ensure that the measures instructed by the Environmental Protection Agency (EPA) are being implemented during the project.

Awarded to Dutch dredging company Boskalis Westminster Contracting Ltd without the mandated bidding process, the Gulhifalhu reclamation project intends to facilitate the relocation of the Male’ Commercial Port to the industrial island, as well as create accommodation for 40,000 expatriates.

The move also raises concerns over the living conditions of expatriates and locals alike to be housed on the island. Each year, during the Southwest monsoon ‘Hulhangu’, toxic fumes from the nearby garbage island Thilafushi engulf the islands of Gulhifalhu, Vilimale’ and Male’.

Seeking to relocate the Male’ Commercial Port to Gulhifalhu, Maldives’ ‘Trade Facilitation and Transport network’ involves the construction of multiple bridges to facilitate interconnectivity between the Greater Male’ region.

The network link, which costs a whopping USD 480,000, involves the building of bridges connecting capital city Male’ to Villimale’, then stretching on from Villimale’ to Gulhifalhu, finally linking Gulhifalhu with Thilafushi.

Despite possessing knowledge of projects that may cause irreversible damage to a fragile environment, whilst the country faces negative impacts of global change, as well as the ability to assess economic impacts brought on by the pandemic, “[The parliament], is doing nothing to stop the major debt-funded projects continuing across the country at great speed”, local advocacy collective ‘Save Maldives’ had recently said.

Although the current administration maintains its pledge to stand at the forefront of tackling climate change and transition towards decentralized development, Maldives continues to invest in centralized and environmentally destructive projects.