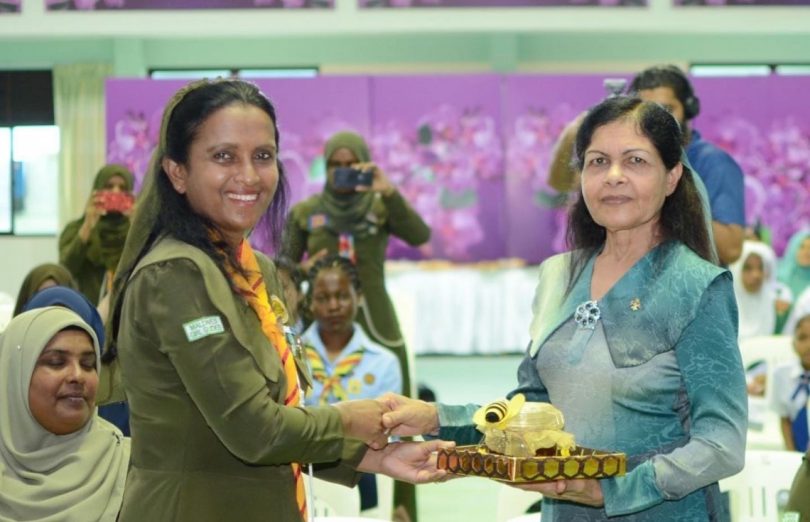 The parliament on Monday endorsement the nomination of Niumaath Shafeeg to the post of Children’s Ombudsman.

Recommended for the position by President Ibrahim Mohamed Solih, Niumaath’s appointment was approved unanimously by the 70 lawmakers present at the sitting.

Following the vote, Speaker of Parliament Mohamed Nasheed expressed confidence, on behalf of the MPs, that Niumaath was up to the “difficult task” of being the Children’s Ombudsman.

“We assure you that the parliament will extend whatever support we can for your work”, said the former president.

In its evaluation, the Committee on Human Rights and Gender declared that Niumaath met the eligibility criteria for the position.

Highlighting that she worked with UNICEF to establish preschools in Maldives, closely followed the efforts of international organisations working to protect children’s rights, and was dutiful in fulfilling her responsibilities, the committee asserted that Niumaath would be unbiased and independent in her role as the Children’s Ombudsman.

As no lawmakers had submitted any complaints against Niumaath, the committee members unanimously approved her appointment before sending her name to the parliament floor for vote.

Niumaath served as Chief Commissioner of the Maldives Girl Guide Association and has several years of experience working closely with children.

The appointment of a Children’s Ombudsman is a crucial component to the implementation of the amended Child Rights Protection Act, which came into effect on February 20 this year.

An important aspect of Ombudsman duties is the power to regulate which information is communicated to the public, therefore protecting the privacy and security of the child in question.

In May, the parliament approved a monthly salary of MVR 35,000 for the Children’s Ombudsman.

The long-awaited appointment of the Children’s Ombudsman comes amidst a renewed surge of reported child abuse cases in the country, as public ire continues to soar over the government’s meagre record of arresting and convicting perpetrators of sexual offences despite several promises to support the rights of children and women.