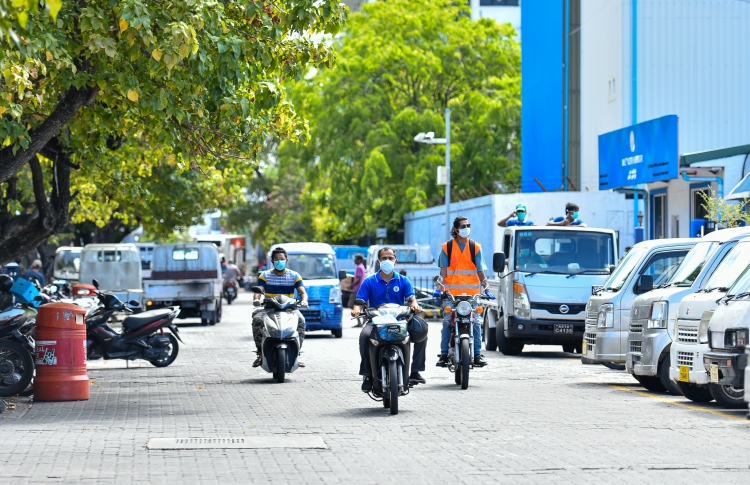 The Director-General of Local Government Authority (LGA) Adam Shareef stated on Tuesday that over 5,000 people have registered at various institutions, requesting to return to their islands from capital city Male’.

Speaking at the press conference held at NEOC, Shareef said that many people are stuck in Male’ unable to return due to lockdown. Most of these people came to Male’ for a short trip to fulfil essential needs such as medical purposes and for businesses. Moreover, some individuals who were set to return to their islands after completing the quarantine period in resorts are stranded in the capital as well.

In addition, residents of Male’ who are in other islands and those who travelled to a different island ahead of the travel ban, are also requesting to return to their respective home islands.

As per Shareef, LGA is working to compile a master list of all the individuals, noting the level of urgency for them to travel. They are also working to confirm and verify all the details shared by those who registered to travel. LGA will share the completed list with councils and the Ministry of Tourism.

It was also revealed that a lockdown committee was put together and tasked with identifying those who need to travel most urgently. LGA stated that priority will be given to those who are in Male’ for a short term period and the resort workers returning after completing quarantine in their establishments.

Currently, 1,440 individuals who came for medical purposes and 363 individuals who were returning from resorts have been identified. Meanwhile, 3,208 people who stated various other reasons including loss of income and losing homes have requested to travel out of Male’.

Shareef revealed that the government is working to either quarantine such individuals for 14 days before being allowed to travel or quarantine them in a facility on their destination island for the same period. He added that some of the islands have already reached out after arranging such a facility, in order to bring back their people.

Following these measures, 308 people are currently in resort quarantine facilities while 17 people are in a facility located in reclaimed suburb Hulhumale’. So far, eight people have been permitted to travel after completing all due producers.

However, as the Male’ region is experiencing a surge in COVID-19 cases, it has been advised by the Technical Advisory Group (TAG) to temporarily halt travel to islands from the region, as per LGA. They also stated that once the situation improves, and TAG grants approval, they will resume transporting people back to their home islands.

Although a 14-day period of quarantine is mandated for those travelling from the greater Male’ region, the same is not yet applicable to those who are requesting to come to Male’ or travel between islands. LGA highlighted that this is as indicated by the Health Protection Agency (HPA), due to the fact that the situation in the capital area is currently riskier compared to other parts of the country.

The capital city, which is one of the most densely populated places in the world, has recorded a significant increase in COVID-19 since it recorded its first local transmission of the virus on April 15.

Cross-island travel should not be an issue unless either of the islands is under monitoring, LGA further noted.

The Maldives now records a total of 897 confirmed cases of COVID-19 with 863 active cases, three fatalities and a total of 31 recoveries.

Amid the ongoing state of a public health, emergency declared on March 12, the administration first imposed the lockdown across the Greater Male’ Region on April 15, after a Maldivian national living in the capital tested positive for COVID-19. The lockdown has since been extended multiple times, with the latest development placing its deadline on this coming Thursday, May 14.

On March 12, 2020, the World Health Organization classified the spread of COVID-19 as a global pandemic. The new strain of novel coronavirus has infected over 4.27 million people and claimed over 287,000 lives around the world. However, out of those infected, 1.53 million people have recovered.