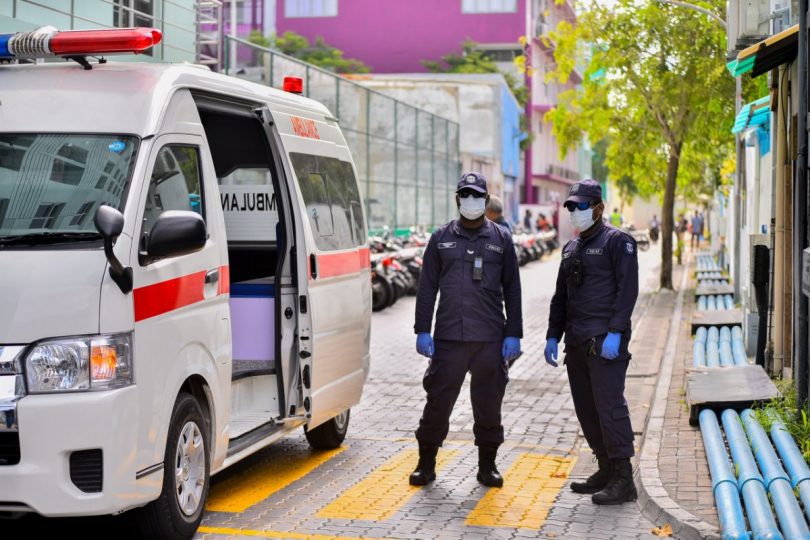 Over 100 foreigners have tested positive for Covid-19 in the Maldives.

While 36 new cases were reported early Sunday morning, these include 30 foreigners as well; one Indian and 29 Bangladeshi nationals.

Following the additional cases, a total of 102 foreigners have tested positive for Covid-19 while 75 Maldivians have been confirmed.

While there are currently 160 active cases in the country, these include 75 Bangladeshis, 10 Indians and two Sri Lankans who tested positive after the detection of a community transmission on April 15.

The 36 new cases include 30 individuals from “three vulnerable houses” which were previously identified through a community survey. The community survey was carried out as expatriate workers are at a high risk of contracting the virus in the country and in turn spreading the disease, particularly in the capital given that most are made to reside in small, unhygienic and congested spaces.

Further, authorities are to have conducted a decongestion programme to relocate about 1,500 workers to a temporary shelter in April.

On April 12th Maldives Immigration revealed that 200 such individuals living in congested spaces have been relocated to a facility in Hulhumale.

Furthermore, on April 21st police revealed that they have put six such places under police surveillance “in an effort to control the movement in and out of these living quarters during the lockdown”. While they are not allowed to leave these spaces unless, for essential needs, the cases are being reported from identified vulnerable areas -at least 14 were reported from one such area earlier- and it is not clear whether the movement control measure did not lead to a surge in cases from these places.

The 102 also include the cases reported from tourist establishments back in March, out of which 13 have recovered while two were confirmed after their departure from the country.

The cases from tourism establishments include 11 Italians, and one each from Turkey, South Africa, Germany and the United Kingdom.

No Covid-19 related deaths have been reported thus far.

President Ibrahim Mohamed Solih has said that he would not differentiate between foreigners and citizens, as his administration implements measures to contain the virus that continues to wreak havoc across the world.