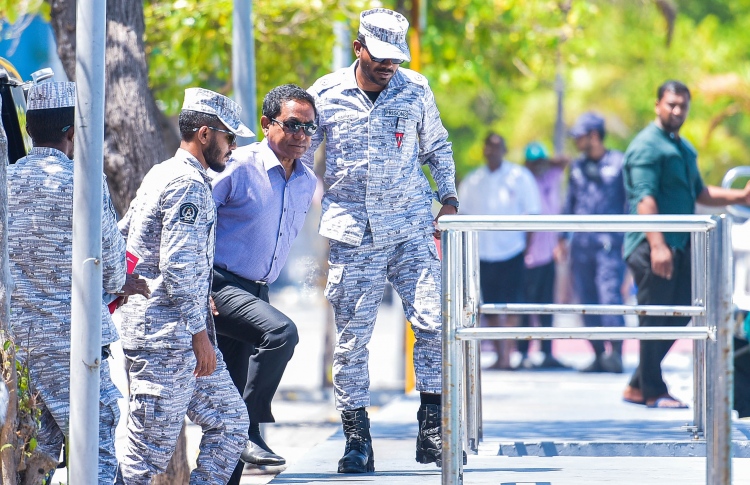 According to local media Mihaaru, coalition leaders visited both Maldives Police Service as well as Maldives Correctional Service (MCS), to call on Commissioner of Police Mohamed Hameed and Commissioner of Prisons Ahmed Mohamed Fulhu, to no avail.

The coalition further revealed plans to call on Minister of Home Affairs Imran Abdulla on Thursday.

In spite of the denial by incumbent leaders of state institutions to meet with opposition forces, President of People’s National Congress (PNC) Abdul Raheem stated that the coalition would remain steadfast in their efforts to ensure the rights of Yameen

Abdul Raheem also criticized President Ibrahim Mohamed Solih’s address on Eid al-Adha, which called to establish talks with opposition forces, stating that he is unable to identify what opposition figures the president is referring to.

He also noted great difficulties in holding a government to account, that does not walk the talk.

The PNC leader further warned the incumbent administration that the opposition coalition would succeed in the next election, stating that all illegal activities conducted by the administration would be investigated.

Furthermore, the opposition raised concerns over MCS denying Yameen’s legal team an audience with the former president. However, MCS has previously refuted the claims.

The Criminal Court, in November 2019, sentenced Yameen to five years in prison, ordering him to pay a fine of USD 5 million within a six-month period over money laundering charges related to the embezzlement of Maldives Marketing and Public Relations Corporation (MMPRC), which resulted in a potential loss of MVR 4 billion in state funds.