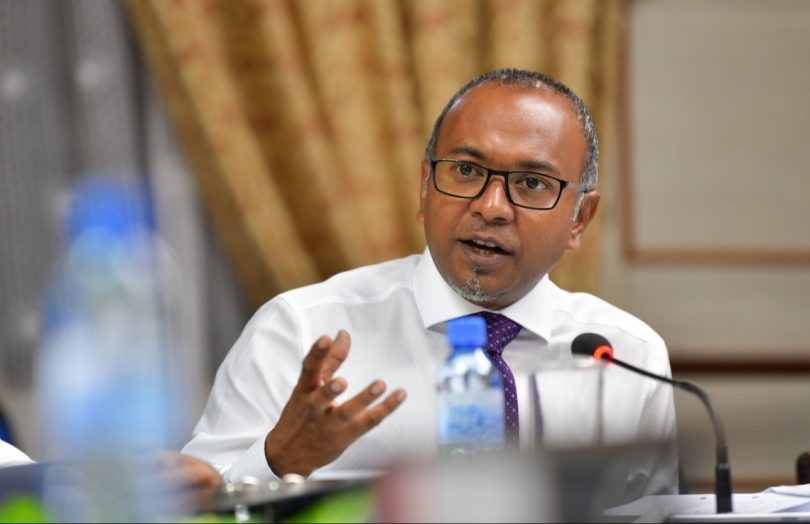 According to the coalition, the protest was held over defamatory statements made by parliamentarians, against the state’s law enforcement and over amendments to regulations pertinent to police.

Led by PPM Council Member Ahmed Nareesh, approximately 30 protesters assembled near Majeedhiyya School, on Sosun Magu in capital city Male’, at 1000 hrs. Although the protest lasted roughly half an hour, police did not intervene to disperse the crowd.

Some of the placards dubbed Speaker of Parliament Mohamed Nasheed a “dictator”, while others displayed similar sentiments against Deputy Speaker Eva Abdulla and Commissioner of Police Mohamed Hameed.

The coalition called to remove such clauses that grant the committee various powers over police.

Provisions granted in the bill works toward ensuring that the committee is able to exercise its vested oversight authority over the police, as stipulated in the constitution.

This includes the authority to instruct the Minister of Home Affairs and the Commissioner of Police on changes to be brought to procedures pertaining to individuals held under police custody, as well as privileges afforded to police personnel.

In that case, why did you let this protest go ahead? https://t.co/Axle3F04R7

Although gatherings are prohibited under the ongoing state of a public health emergency, declared by Maldives’ Health Protection Agency (HPA) in March, numerous concerns were raised over police inaction to disburse the coalition-led protest despite swiftly cracking down on a protest led by leftwing political movement ‘Navaanavai’, just hours prior. 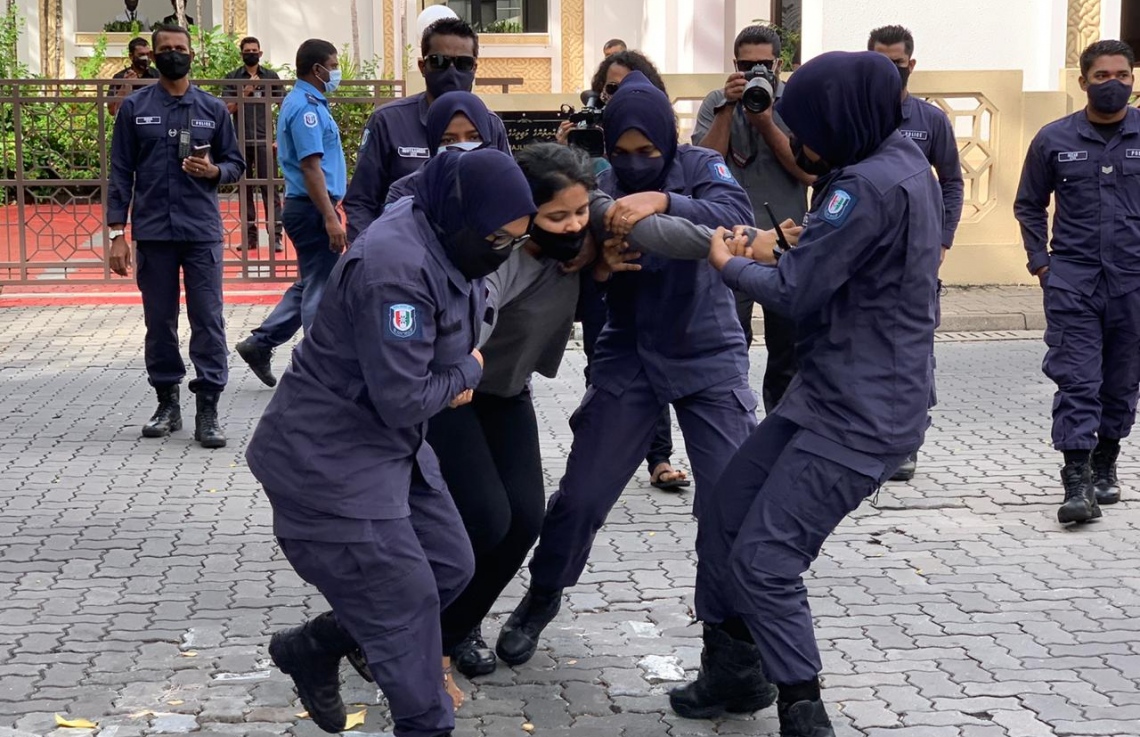 Responding to Assistant Police Commissioner’s call for ceasing peaceful gatherings in groups larger than three, parliamentary representative for Addu City’s Meedhoo Consitutency MP Rozaina Adam spoke in defence of the people’s right to freedom of speech and freedom of assembly, suggesting that authorities established guidelines that would allow civilians to host demonstrations in respect to social distancing and best practices in hygiene.