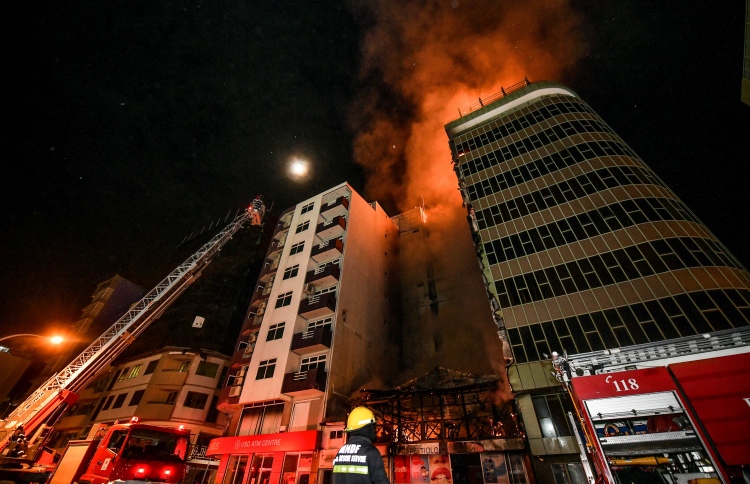 Telecommunications giant Ooredoo Maldives, on Saturday, announced that the company’s headquarters, which was affected by the recent blaze in Male’ City, will remain closed for some time.

According to Ooredoo there was “significant damage to the office” located in Gadhage Mohamed Fulhu Building, where State Bank of India (SBI) is also operated.

Despite the closure of the office location, Ooredoo assured their customers that “Ooredoo’s operations have not been impacted” and they will continue to provide their services from home, regional offices and their Network Operations Center in Hulhumale”

Friday night’s blaze that erupted in Henveiru Ward’s Tiolo cafe’ spread to the adjacent 10-storey Gadhage Mohamed Fulhu Building when the steel cladding outside the building was engulfed in the flames from the cafe’.

Although the penthouse and top floors, sustained most of the damages in the fire, lower floors were also affected to varying degrees.

“We remain in solidarity with neighbouring homes and businesses who have been similarly impacted by the fire”, Ooredoo’s statement read.

“Most importantly, we are extremely grateful that none of our employees or anyone in the area was injured due to the incident”, the company said, extending gratitude towards the emergency response teams.

Military personnel inspected the affected buildings after the blaze was brought under control, confirming that no individuals were harmed in the incident. Authorities had evacuated all the residences in the area as soon as they arrived on site after the initial report.

Almost a year after the largest fire incident in capital Male’ tore through a narrow street resulting in one death and displacing hundreds, Friday night’s blaze raised several concerns amongst the public, with citizens echoing the need for decentralisation to reduce fire hazards in the congested capital.