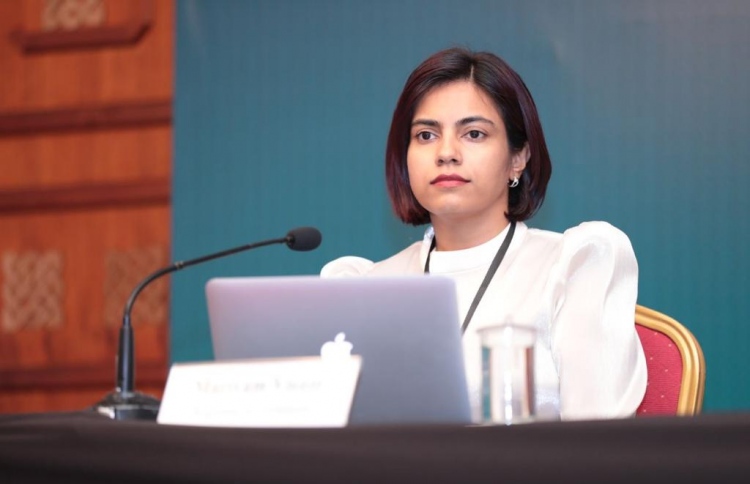 The Economic Ministry, on Friday, announced a special protocol that would apply to employees returning to offices for work.

As the country looks to ease restrictive measures imposed to contain the ongoing local COVID-19 outbreak, resuming business as per the “new normal”, the government has revealed that only employees registered at Maldives Pension Administration Office (MPAO) would be permitted to resume work at their respective offices.

Speaking at the virtual press briefings held daily by the National Emergency Operations Centre, Registrar of Companies Mariyam Visam detailed the policies set for those looking to resume necessary in-office duties at this time.

According to the circular released by the ministry, permits would be issued only to employees that are registered at MPAO and if an office does not have applicable staff, the permit would be given to the person to whom the company is registered.

Last week MPAO stated that it counted amongst its registry approximately a fourth of the country’s population; 154, 385 individuals.

The Economic Ministry also divulged that permits would only be issued for employees contracted for work within the respective offices.

Therefore, special work permit-holders are not allowed to bring outsiders into the offices, nor welcome customers seeking services.

According to the Registrar, permits are issued based on the size of the company. For instance, if a company has less than 10 registered employees, then they will receive a maximum of two permits.

For companies with between 10 – 30 employees, permits may be issued for five persons. In the case of companies with over 30 staff, however, permits would be limited to 20 per cent of its full manning.

Visam also added that the total amount of staff for any given company would be calculated based on the number of staff registered at MPAO.

Acknowledging that some companies may have employees that work across multiple offices, Visam said that should a company face severe staff shortage due to this fact, they may apply for an exemption. After reviewing the plea, the ministry may grant additional permits on a case-by-case basis.

Further, Visam stated that permits for expatriate workers would be granted only for foreigners registered under the ministry’s regularisation programme.

With the greater Male’ region remaining under lockdown, permits to resume business operations are granted to offices, shops and restaurants under a set-policy.

Individual permits for persons wishing to venture outdoors for essential needs are granted by Maldives Police Services, permits for shops and restaurants are issued by Male’ City Council and permits for offices will be handled by the Ministry of Economic Development.

As cases continue to rise in the heavily congested Capital Male’, public opinion on whether to lift lockdown measures remain divided. Many argue that extending the stay-at-home directives would further cripple an already crumbling economy whereas a number of voices cast doubt on Maldives’ limited resources and the community’s ability to refrain from activity that may exacerbate, particularly given the city’s city’s specific vulnerabilities.