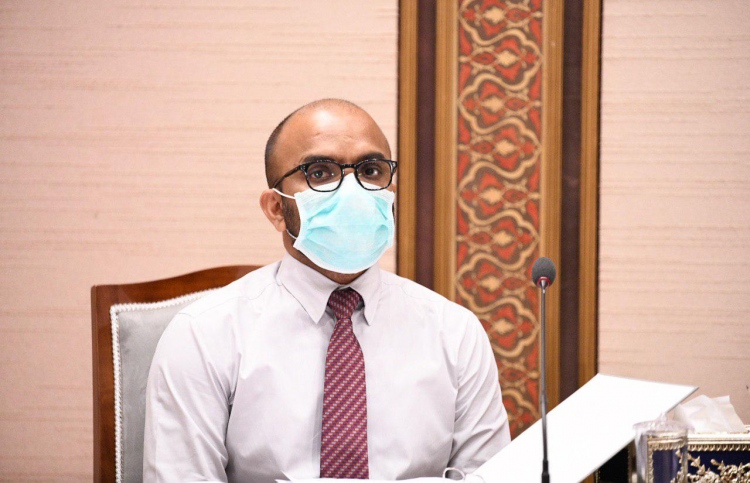 Minister of Finance Ibrahim Ameer, on Tuesday, guaranteed that there was no possibility of the Maldives defaulting on its sovereign debts.

The minister made the assertion during a parliamentary committee meeting held to deliberate on the possibility of the government defaulting on the sovereign guarantee of USD 127.5 million (MVR 2 billion) granted to Ahmed Siyam Holdings Pvt Ltd (ASH) via the Export-Import Bank of China (Exim).

The loan was issued to the parliamentary representative for Dhaalu Atoll’s Meedhoo constituency Ahmed Siyam (Sun Siyam) through a sovereign guarantee provided by the previous administration, a first of its kind loan for a non-state-owned entity, for the development of Sun Siyam Iru Fushi resort in Noonu Atoll.

Minister Ameer stated that ASH had informed the ministry of its failure to transfer principal payment and interest worth USD 10 million by the deadline of July 21 due to difficulties caused by the ongoing COVID-19 pandemic. He stated that EXIM Bank issued a payback notice the following day, warning the Maldivian state to settle the outstanding amount, as the guarantor of the debt.

In the event that the state failed or refused to pay back the debt, it would result in a sovereign default, which might devalue the Maldivian currency and affect international trade, as well as affect the country’s global standing and credit ratings.

The finance minister stated that ASH was subsequently instructed to deposit the payment to an escrow account within five business days. The company was notified that the state would exercise its mortgage rights if it failed to transfer the payment.

Minister Ameer noted that mortgage agreements were drawn up when the state granted ASH the sovereign guarantee.

According to the ministry, ASH deposited the complete funds as per the notice on August 6.

Furthermore, Ameer stated that plans to visit the project sites funded through the sovereign guarantee were interrupted due to the COVID-19 pandemic. However, he noted that all companies granted sovereign guarantees sent financial reports to the ministry on a quarterly basis.