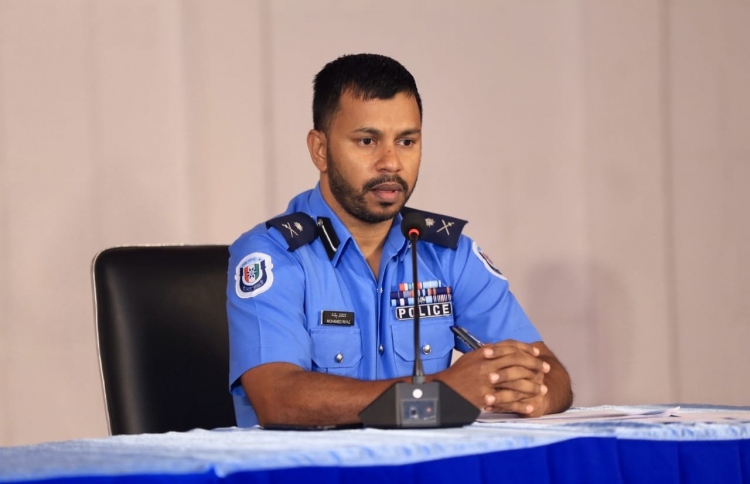 Maldives Police Service declared late Wednesday that their investigation has not unearthed any substantial evidence linking the extremist organisation, Islamic State (IS), to the Mahibadhoo harbour arson.

Addressing the press via a virtual briefing, Assistant Commissioner of Police Mohamed Riyaz revealed that the five speedboats and two dinghies docked at Mahibadhoo, Alif Dhaal Atoll, were set ablaze by a group of people that arrived at the island via a dinghy in the early hours of April 15.

He stated that the perpetrators used bottles filled with flammable substances, which were set on fire and thrown aboard the vessels. The police found one such bottle in the lagoon during the investigation.

The destroyed vessels include a police speedboat, sea ambulance, the Alif Dhaalu Atoll Council speedboat, and two others belonging to a private entity, in addition to the two dinghies.

ACP Riyaz noted that the investigation revealed similarities between the Mahibadhoo case, the police speedboat set ablaze at Gan in Laamu Atoll on March 22, and some other arson attacks.

No arrests have been made as of yet. However, Riyaz disclosed that the police inspected five residences of suspects and collected digital evidence. 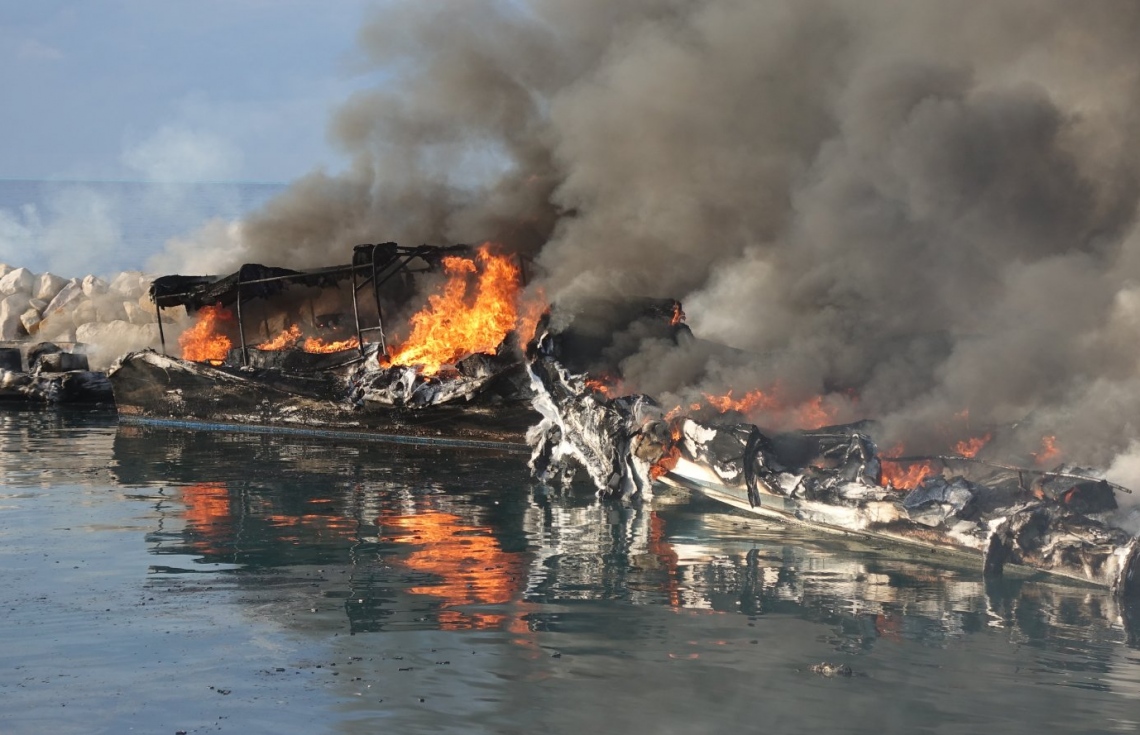 Although the SITE Intelligence Group, an organisation that tracks the online activity of extremist organisations, said earlier this month that IS claimed responsibility for the Mahibadhoo arson, Riyaz stated that the police investigation has not yielded evidence connecting any foreign extremist groups to the attack.

Meanwhile, Maldives National Defence Force (MNDF) has assured that security forces were prepared to tackle any attacks carried out by extremists in this delicate time period when most of the state’s resources are mobilised to contain the COVID-19 outbreak.

International organisations against terrorism had previously warned countries to be vigilant, as IS may use global pandemic as an opportunity to carry out terrorist operations.