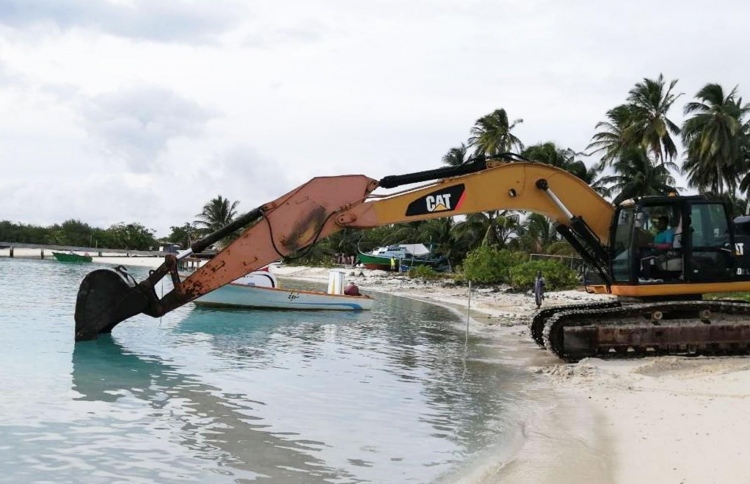 In recent weeks, several have raised concern over Rakeedhoo’s harbour project, stating that the environmental damages far outweighed any future economic benefits as well as criticizing the government for not including Rakeedhoo residents in the decision-making process.

Public discourse on the matter highlights the low population of Rakeedhoo, the lack of marine vessels registered on the island as well as worries that the harbour project would destroy the beach, harming prospects for local tourism development.

According to MTCC, the project was approved by an Environmental Impact Assessment (EIA) on December 26, 2019.

Additionally, she stated that LGA decided to delay the commencement of the project until a public consultation could be held after the submission of a petition signed by 71 residents.

LGA’s CEO asserted that construction efforts for the harbour development project were commenced in accordance with the majority of Rakeedhoo citizens, who expressed concerns that the initiative would be cancelled during a public meeting held on July 27.

Numerous local NGO’s and advocates have criticised the incumbent government for launching development projects with high environmental repercussions instead of opting for sustainable approaches.