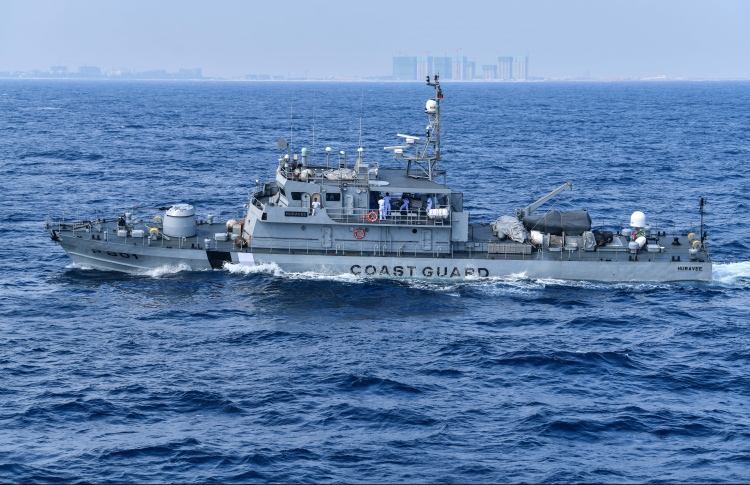 Maldives National Defence Force (MNDF) confirmed in the early hours of Saturday that a migrant worker reported missing after falling overboard a vessel near Thilafushi, was found dead.

According to MNDF, Coast Guard divers recovered his body at around 0022hrs, from 51 meters below the ocean.

MNDF Spokesperson Major Ibrahim Azim stated that the ex-pat was working on the ‘Gas Atlantic’ boat docked at Thilafushi lagoon in Kaafu Atoll.

The spokesperson further added that another individual fell overboard with the ex-pat, but was collected by a dinghy passing through the area at the time.

Authorities received the missing person’s report on the migrant worker at around 1020hrs and launched search and rescue services immediately.