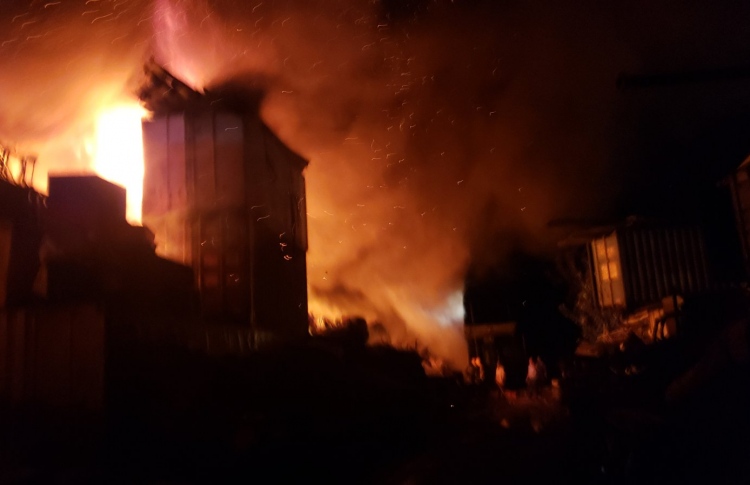 Maldives National Defence Force (MNDF)’s Fire and Rescue Service, in the early hours of Wednesday, extinguished the blaze that erupted in a godown at Thilafushi, Kaafu Atoll.

According to MNDF, after various efforts to control the blaze, the fire was reduced by about 90 per cent by 2300hrs.

Authorities revealed that the blaze began in a godown of Secure Bag Maldives Pvt Ltd, containing flammable items such as paint, in addition to metal.

Local media first reported the incident around 2100hrs, after which MNDF’s Spokesperson Major Ibrahim Azim confirmed that military personnel were on-site, working to extinguish the blaze.

Due to the difficulty in controlling the blaze, the second team of Fire and Rescue Services arrived at Thilafushi around 2200hrs for further assistance.

Local media Mihaaru reported that an individual on Thilafushi expressed concerns over the fire spreading to the neighbouring boatyard. However, MNDF managed to control the blaze before it spread to adjacent sites.

Although authorities put out the fire, the exact extent of the damages caused by the blaze has yet to be determined.